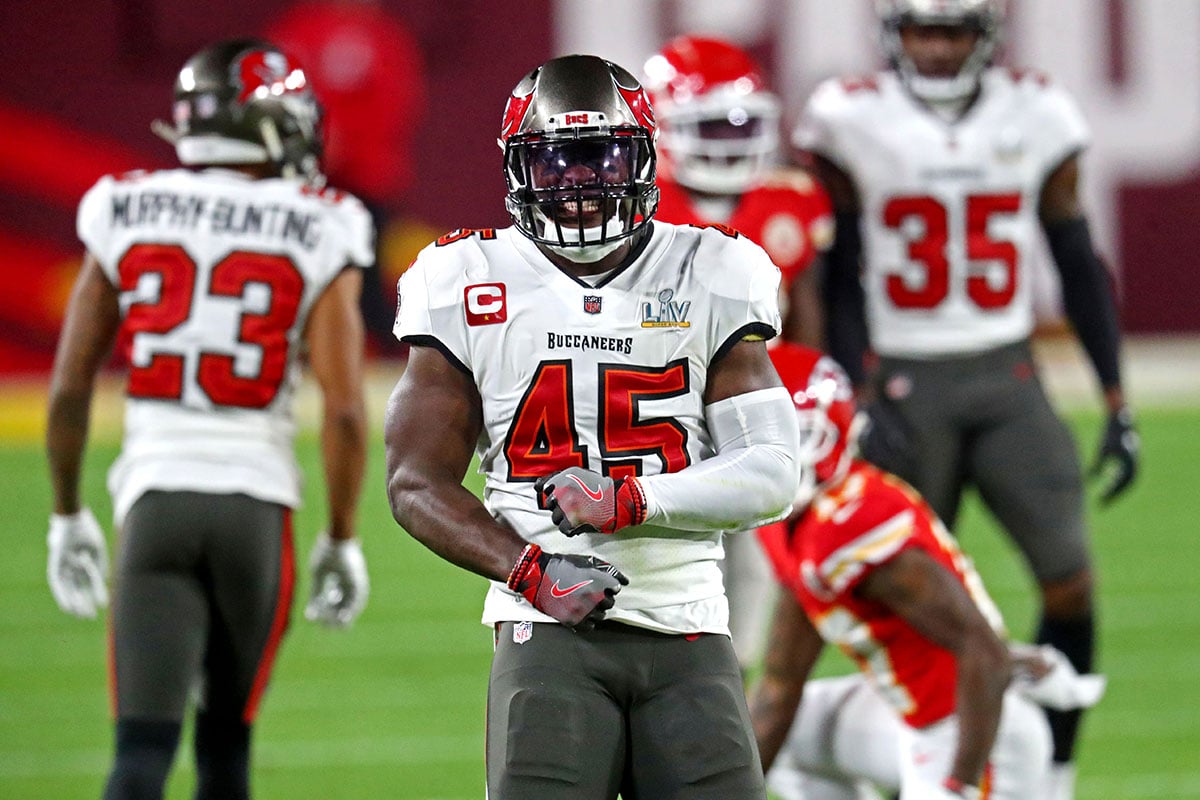 It’s been a wild ride for Bucs linebacker Devin White throughout his first three years in the NFL. He went from the No. 5 overall pick in the 2019 NFL Draft to Super Bowl champion by the end of his second season. Then, in year three, he earned his first Pro Bowl selection.

Tampa Bay picked up White’s fifth-year option this offseason, but the 2022 season feels like a pivotal one for the former LSU Tiger. There are plenty of aspects to his game that are great, from his leadership to his playmaking ability.

It’s the pass coverage part of his skill set that he’s working on heading into his fourth season. If he can improve in that area, he can take the step up to being one of the NFL’s elite linebackers. And in taking that next step, he’ll see those Pro Bowl honors become a regularity.

But on Wednesday afternoon, White was honest about his thoughts on the Pro Bowl. He said that, while he wants to maintain his status as an upper echelon player, playing in the game itself isn’t in his future plans. He has his sights set on bigger achievements.

“When you’re a good player, you want to be mentioned with the best. [But] when you get spoiled by a Super Bowl, you never want to play in a Pro Bowl, I can say that,” White said. “You want the honors, but you don’t want to play in it.”

During Pro Bowl week in Las Vegas, the Bucs were fresh off of their heartbreaking NFC Divisional Round loss to the Rams. Those same Rams, of course, went on to win the Super Bowl. White said that he and his Bucs teammates spent much of their time at the Pro Bowl lamenting the fact that they weren’t getting ready to compete for a second straight Lombardi Trophy.

“The whole time while we were out there, obviously we had a lot of teammates out there, we just kept saying ‘Damn, we should still be practicing. This is not what we want,'” White said. “But you want to make the best of it because at the end of the day, it’s still an opportunity that we’re thankful for. We’re thankful because we could’ve not made the Pro Bowl and not made the Super Bowl.” 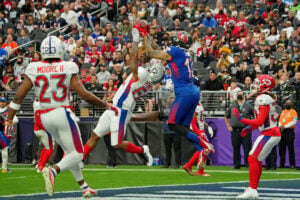 Over the years, the NFL’s Pro Bowl all-star game has felt less and less special. Fewer players seem to attend each year, and those that do are understandably going to do everything they can to avoid injury. The NFL has attempted to tinker with the format, but nothing seems to work. This year’s Pro Bowl was the least-watched in the last 16 years. So, what can be done? White said Wednesday that the game needs physicality and that it still needs to feel like football.

“We just got to come out swinging, we got to come out and hit somebody. That’s the only way I feel, the first guys that are out there, they set the tempo. If you two-hand touch me, I’m going to two-hand touch you back. And that’s just the tempo of the game,” White said. “When I got in, I was trying to get tackles. It was like, I’m out here, I might as well just tackle somebody or get him to the ground, whatever. Not try to be extra, extra, but at least get something on you. That’s the only thing I’d say, because at the end of the day it’s still football. We all love football, football is fun. That’s the last game of the season, let’s have fun with it.”

Injuries are always going to be a concern for players who choose to play in the Pro Bowl. So, on that front, it’s hard to see too many guys wanting to go as hard as White. But there’s an argument to be made that playing at 50% speed may very well be just as risky in terms of injury. So it’s something of a pick-your-poison scenario. In all likelihood, the game will remain a glorified exhibition that serves as an honor for the players selected and a good time for their families.

I watched about 3 minutes of the 2022 Pro Bowl and decided I had way better things to do with my time than watch the equivalent of middle school flag football. The NFL needs to just drop the game altogether, but still conduct the Pro Bowl voting, because the fans and players need to have a say in annointing the best, beyond the media who do the All Pro voting. The league should still have a gathering in a great resort location, after the Super Bowl is over, so that the Champs don’t have to miss out, and make it… Read more »

Being named to a probowl is pretty meaningless considering fans can vote as many times as they want with no limit. It literally becomes a popularity contest rather than honoring the best players at each position. Either take fan voting out or limit it to one ballad per fan because im sick of seing players who barely played all year or who had a down year get named to the probowl over much more deserving players.

Last edited 1 month ago by pomer1eau

The fans pay all the bills for everybody, through ticket sales, concessions, game jerseys, and of course ad revenues to the networks and websites. To cut us out of any say in rewarding players, leaving it only to the bloodsucking, self promoting, media asswipes would be the height of ignorance and irresponsibility.
If the NFL wants to come up with a better means of conducting the fan vote, that’s fine. But for gods sake don’t leave it up to the media.

Thats a fair point. I just dont like the unlimited voting for fans.

I don’t blame anyone about not wanting to play in a meaningless game.

Honestly the Pro Bowl is a joke and for good reason. If one of My Teams Star Players got hurt at it I’d be pissed, and any time the pads are on that is a risk. I’ve been saying it for years but honestly (not joking at all), I would get more enjoyment out of watching the Stars of the League mic’d up playing some Flag Football with their helmets off and in shorts and a jersey. Part of the fun is seeing the best guys out there but when they are rotating in and out with their helmets on… Read more »

Pro Bowls only get you into Canton now…Love 45, just a kid that loves the game and wants to hit anything that moves.

I pay zero attention to the Pro Bowl game(?). It’s become a total farce. Still haven’t forgotten Lee Roy Selmon’s career ending injury. I’m all for recognizing the players in some fashion. There’s got to be a better way. Having fans being able to vote as many times they want, essentially ballot stuffing, makes it much less of an honor. Certainly, there are enough “experts” out there who could form a committee (I can’t believe I suggested a committee to do anything) comprised of former players, coaches, scouts, GM’s, media and a few super fans representing each team, who would… Read more »