Bucs Could Have Interest In Free Agent WR

Home » Articles » Bucs Could Have Interest In Free Agent WR 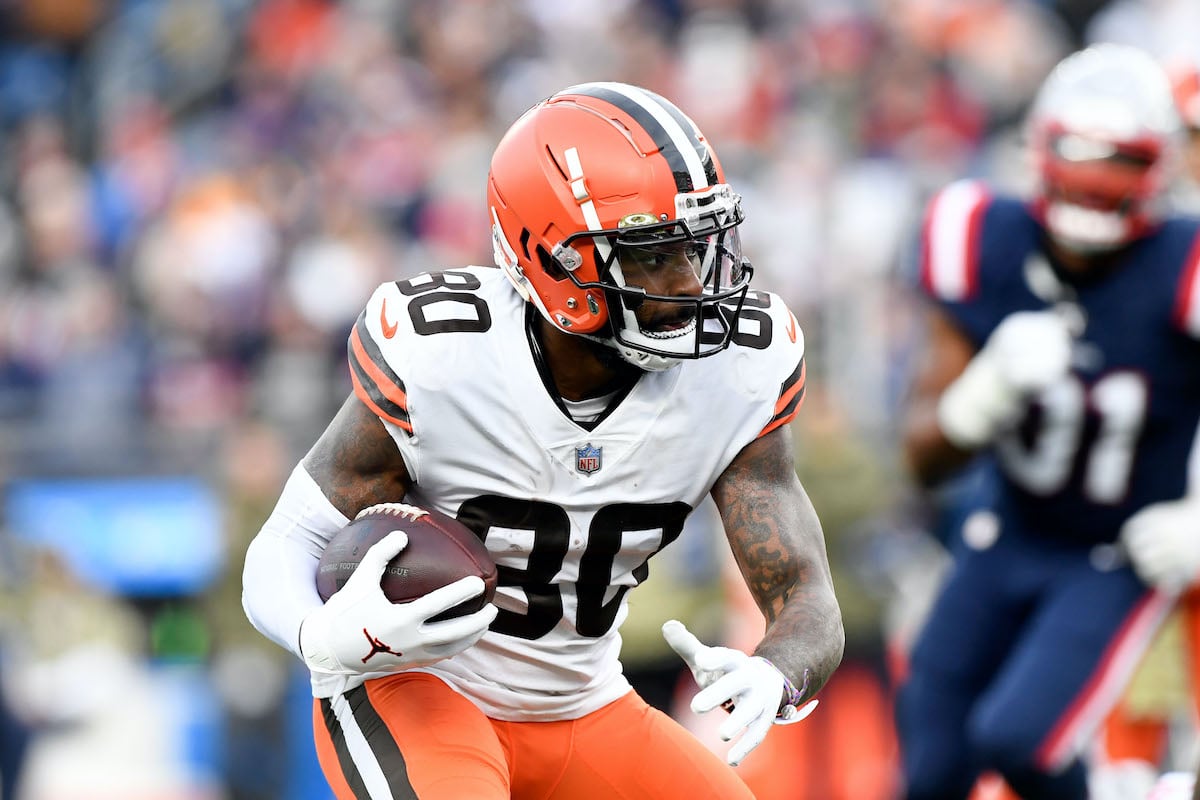 Bucs Could Have Interest In Free Agent WR

Home » Articles » Bucs Could Have Interest In Free Agent WR

As the Bucs look to reload their roster, a new wide receiver might be in play. The Cleveland Browns released Jarvis Landry on Monday, and ESPN’s Dan Graziano believes that the Bucs could be a suitor.

Landry will have a market, but I'm watching Patriots and Bucs especially closely here. https://t.co/5Rc5UuD5te

Tampa Bay is looking for a third wide receiver and Landry fits the mold. He’s an eight-year veteran who made 52 catches for 570 yards and two touchdowns last season in 12 games. Landry might not be the same Pro Bowl caliber player he was a couple of seasons ago, but he’s still a productive wideout.

Depth at the position is very important to the Bucs, especially with Chris Godwin coming off of an ACL injury. While Landry only played 12 games in 2021, that was the fewest amount of games he’s played in his career. Prior to last season, Landry only missed one regular season game.

The Bucs have their top two receivers set next year with Mike Evans and Godwin. There are question marks outside of that, though. Lobbying to become third on the depth chart is Tyler Johnson, Scotty Miller, Jaelon Darden and Cyril Grayson Jr.

Adding Landry would instantly upgrade the position and give Tom Brady another weapon. With Brady’s return, it opens the door to attract outside free agents to come to Tampa and play with the GOAT. The Bucs more than likely will add a receiver either in free agency or the draft.

Darden is going to have to man up if he expects to see the field this year. He looked like he had Kenny Bell disease every time he ran a kickoff back. Tampa has great turf but Darden took more dives on it than an Olympic swimmer.

He’s a dud drdneast! Seen all I need to see. Next…

That’s why grabbing someone like Patterson is so imperative. If we can get someone that can run, catch and return? He’s worth his weight in gold.

Darden is worthless as Tits on a boar. Lol.

Sucks loosing Cappa and Marpet but Stinnie replaces Cappa, now we just gotta find a LG. That and WR and bring in Patterson and we are good because Gronk should stay no problem. Getting someone like Landry and Drafting one high and we should have a solid 1-4 WR

May also be able to provide some return ability. Wouldn’t be a bad signing. Would still want us to draft a WR, but wouldn’t be essential to take one early if we signed Landry

They should draft Johnson at guard 1st rd to replace Marpet. Stinnie is good replacement for Cappa I think. Don’t see huge drop off either. I would address a WR replacement for AB with free agency. Pringle, Landry, or Shuster all out there still? Also maybe draft one too for depth. Godwin and Evans have been hurt a lot it seems. Darden is lost cause. All WR’s on this team other than Godwin and Evans are not starter material. Not if you want to win and go deep in playoffs. Been there saw that they all are lackluster.

I’d be interested in Braxton Barrios from the Jets – he tore us up last year. Could also help as a returner.
I just wish our QB had a better history with short, shifty white receivers.

I guess paying a starting OL was less important than spending large amounts on WR’s?

Would love to pick-up Landry. Putting him together with Mike and Chris would be a nightmare for defenses. This would be huge.

Jarvis Landry made his “bones” playing slot receiver where Chris Godwin lines up, to me it doesn’t make sense to pay both Godwin & Landry to compete for the same position.

I like the idea of JuJu and cordarrelle patterson.