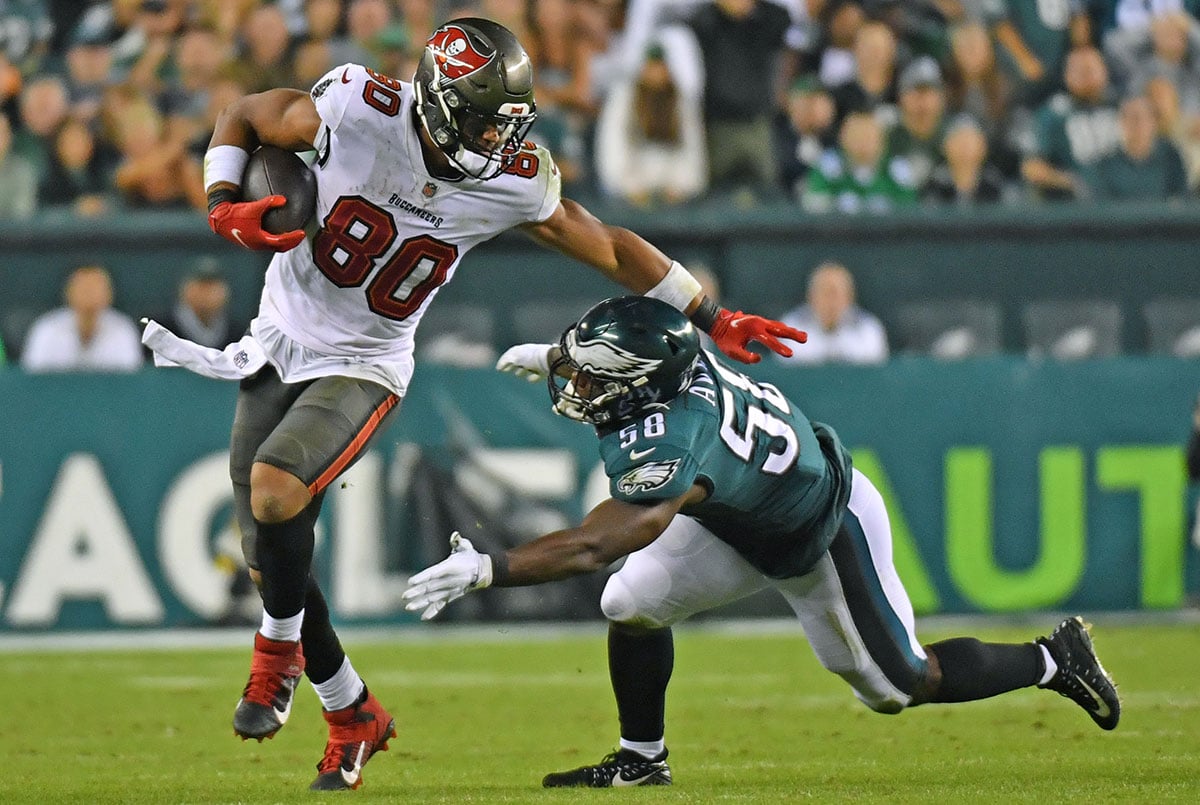 When the Bucs made O.J. Howard their first round pick five years ago, aspirations were sky-high. At times, it seemed Howard would reach his potential, especially after a couple productive years to begin his career. Instead, injuries waylaid his promise and tanked the Alabama product’s stock. Now, Ian Rapoport is reporting that Howard is signing with the Bills on a 1 year, $3.5 million contract.

Howard’s talent has flashed across his first five years in the league, but never stabilized. He combines fantastic size (listed at 6-6, 251 pounds) with elite athleticism. During the 2017 NFL Combine, Howard impressed running a 4.51 40-yard dash, 6.85 second 3-cone drill and 4.16 second 20-yard shuttle. All of those measurements ranked in the 87th percentile or better for his position. It was seen as quite the coup when GM Jason Licht was able to draft Howard 19th overall that year.

Since then, injuries and inconsistency have plagued the 27-year old, as 2021 was the first season he was able to play in every game. But by that point Howard had fallen to third on the depth chart. Over the previous four seasons, Howard missed 22 of a possible 64 games with various injuries.

While on the field, Howard would go through highly productive stretches mixed with periods where he barely showed up in the box score. For his career he has 119 catches for 1,737 yards and 15 touchdowns over 59 career games. His departure leaves the Bucs tight end room with only Cam Brate from last year’s roster.

Mr. Glass has left the building. Biggest positive of this is at least we won’t have to read about the greatness of Howard’s potential from the Tampa Bay media anymore.

I’m thinking the Bucs are working on a contract with Gronkowski as we talk. He probably would have signed elsewhere by now if he was planning on leaving. Talk was he would go to Buffalo but it looks like the Bills got the steak knives instead.