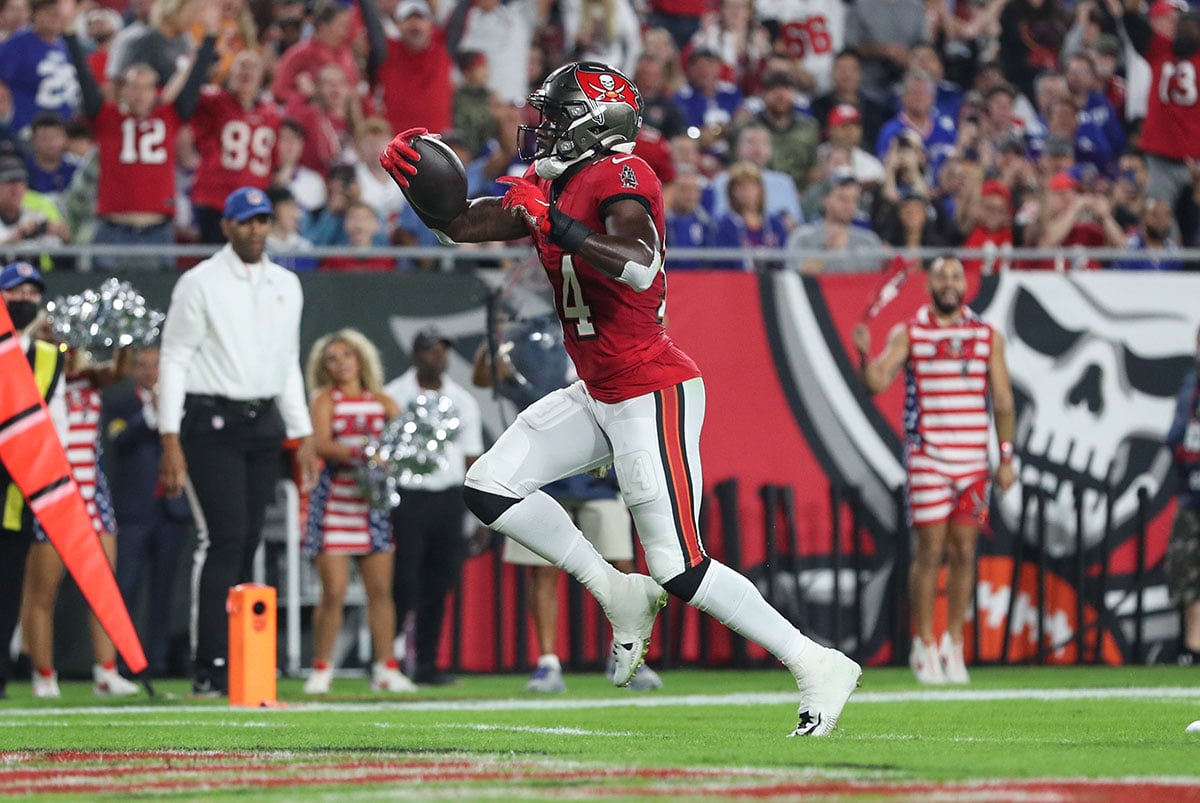 After speaking to Jason Licht and Bruce Arians at the NFL Combine, one thing is quite evident. The Bucs want free agent wide receiver Chris Godwin back. Badly.

It’s not a guarantee that Godwin will re-sign with Tampa Bay, but everything that the Bucs brass is saying makes you believe that they will work to no end to get a deal done.

“Chris has meant the world to this organization,” Licht said. “To be quite frank, it’d be hard to imagine moving forward without Chris. We’ll see what we can do.”

Godwin has been exceptional for the Bucs in his five seasons. His breakout campaign came in 2019, when he earned second team All-Pro and his first Pro Bowl nomination. Godwin built on that campaign with a solid 2020 season and a great 2021. Last year he posted 98 catches for 1,103 yards, five receiving touchdowns and a rushing touchdown in just 14 games. 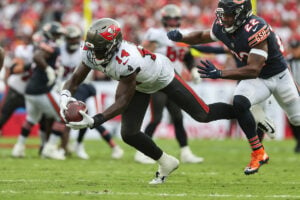 “Chris is so valuable to what we do,” Arians said. “Obviously we really want him back.”

Arians also put Godwin in a company with some of the most talented receivers he’s ever coached.

“I’ve only had two before (like Godwin),” Arians said. “Hines Ward and Larry Fitzgerald. So I don’t really want to lose Chris. They’re hard, hard to find. Reggie Wayne too. He’s the other one.”

Arians is referring to the unique role in his offense that Godwin plays. As a bigger slot receiver, Godwin can handle the duties of a blocker and as a receiver. He’s also a monster on manufactured touches in the quick passing games, while also controlling the middle of the field.

Godwin only appeared in 14 games because he tore his ACL against the Saints late in the season. The injury has put his next contract in jeopardy due to the uncertainty on how he’ll recover. But given the technology we have today, the Bucs have faith that he’ll bounce back in no time.

“From what I hear, (he’s) about 45 percent,” Arians said. “He’s doing some [rehab] at the facility and off-site. Knowing Chris and the way he works…he had a good surgery and those guys are coming back faster and faster now. I don’t think that’s going to be a problem at all.”

“From what I understand, his rehab is going well,” Licht said. “Sometimes you have to bet on the guy. He’s been a special player for us. He’s really overachieved in relation to where he was drafted and where we got him. It’s hard to imagine a Buccaneers’ offense without Chris Godwin. We would love to have him back. We’ll continue to try and work towards that.”