Bucs Monday Mailbag: Lack Of Pass Rush, CB Help And A Must Win? 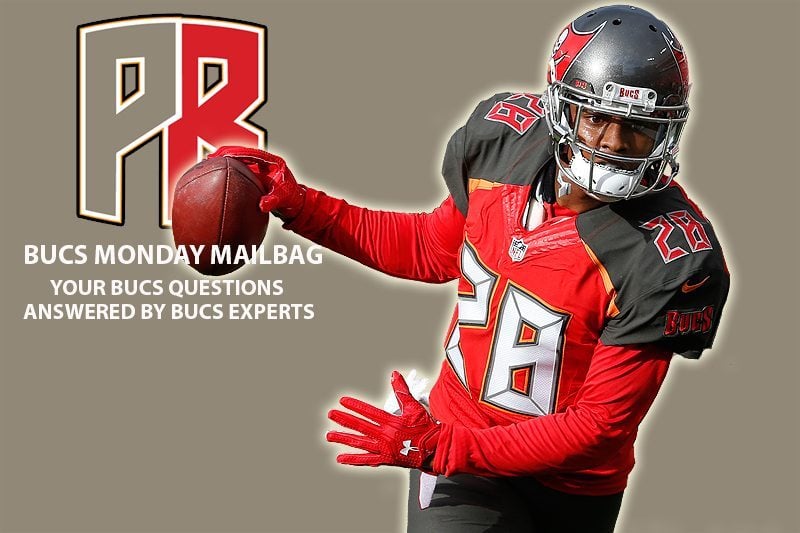 Bucs Monday Mailbag: Lack Of Pass Rush, CB Help And A Must Win?

Question: Who is more to blame for lack of pass rush personnel or D-Line coach Jay Hayes?

Answer: Well I am not going to pin the blame on coaching, for now anyway. From the looks of things, McCoy taken out of the equation, there just doesn’t seem to be a dynamic pass rusher on this football roster. Does Jacquies Smith make a difference? It is hard to imagine a player coming back after being off for over a year and stepping in and becoming an impact player right away. And now with Noach Spence hurt, and linebackers banged up, how do you even manufacture any pass rush? The Bucs staff will have their hands full trying to figure it out. One sack in two games will not win many football games. They have to find someone who will step up and at least make a quarterback uncomfortable. If Case Keenum can throw for 362 yards, Drew Brees might thrown for 700.

Question: If your GM Jason Licht do you make a call to Darrell Revis? Secondary could use some help.

Answer: Call Revis. Call Daryl Green. Heck call Ricky Reynolds and Cedric Brown. Obviously I joke, but there is no question the Bucs are always looking. The problem is, if the free agents who are out there are available, there is usually a reason. 32 teams don’t normally make the same mistake. I can’t imagine there is anyone of the street who could step in and make an impact. Best idea is to coach up what you have and hope they play much better than they did on Sunday at Minnesota.

Question: What is the obsession with running Charles Sims up the middle? HE CANNOT DO IT.

Answer: He certainly hasn’t proven your statement wrong in a long time. The only thing I can think is the Bucs were hoping he could provide a spark and at the moment, he is the only breakaway threat in the Bucs stable of running backs currently. I believe Sims can still have a role with this team, but not in the capacity of a typical three-down back. He doesn’t look comfortable or natural when lined up behind the quarterback and running between the tackles. If he ever does get to the second level, that is where he can make some things happen, but it has been a long time since we have seen him squirt through a hole. For most Bucs fans, Doug Martin can’t get back soon enough.

Question: Do you think the Giants game is a must win considering we will have New England on a short week afterward.

Answer: I hate to use the term must win this early in the season. And I won’t yet. But is it a crucial game? You bet. The Bucs need to get the bad taste out of their mouth and the Giants are a team that has struggled this season scoring points, at least until the fourth quarter of Sunday’s game against the Eagles. Hopefully they didn’t figure things out, as the Bucs will come into the game banged up and hurting. As mentioned earlier, finding a pass rush will go a long way in getting a win. And the Giant offensive line is one of the worst in the league. If the Bucs can’t pressure Eli Manning, what quarterback will they get pressure on this season?

Here’s two cents . Q1: Licht & Smith. This is my usual repeat message about small defensive ends; usually doesn’t work because they are susceptible to injuries. J. Smith & Spence, need to play in a 3-4 defense. Q2: What kind of a shoulder injury does Grimes have? We need him this week! It appears we don’t have a good Safety situation after all. Q3: can we please move on to Peyton Barber as Rodgers backup. Time to let Sims go. Q4: game is a must win because they have to believe that they can win despite playing horribly the… Read more »

The cornerback play was the league worst by ryan smith and Vernon Hargreaves. Can mike smith dial up some cornerback pressure considering how useless they are in the backfield? Coaching these two up should of already happened, right? Seems if they cannot play the position now why would coaching help now–the two of them need more than tweaking their play.

I think our secondary is fine, we just need to tweak our scheme and start playing some bump and run, or flat out jam receivers at the line. Tight coverage right at the LOS helps pass rush by making the QB have to hold onto the ball a bit longer. Why Mike Smith wants to let his corners play 10 yards off, and let all these speedy receivers run free is beyond me. It clearly isn’t working. Charles Sims needs to be a slot receiver. Honestly. He cannot run like a running back. We need to use him like Tavon… Read more »

I don’t know what the Bucs see in Sims. Often hurt, he hasn’t done anything since his one good catch, and T.D. run in a game I forgot about long ago. Quizz doesn’t have any burst left, he left yards on the field Sunday not being able to break tackles, or get through any holes the O line may have opened. Why the younger stronger, Barber was not used at all is mind boggling. If I were Licht, I’d get back my 5th round pick now by signing McNichols from the 49ers P.S., and cut Sims . Never thought McNichols… Read more »

Brees might throw for 700…LOL…oh wait, you were serious…and that is absolutely plausible..oh no! I take a more philosophical view to our defense…our players (apart from say GMC, LvD and Kwon) are not good enough to win most 1-on-1 battles. That’s no shame, they are playing against NFL-caliber opponents, some of our guys are still learning, some are getting older, some are dealing with injuries…nevertheless playing a scheme where passing plays (in particular) are reliant entirely on 1-on-1 performance (that’s a 4-man rush, each man trying to beat at least 1 opponent and GMC two opponents; with CB’s in coverage;… Read more »

Baker has had 2 bye weeks now! IMO he needs to start playing like the DT we paid for!