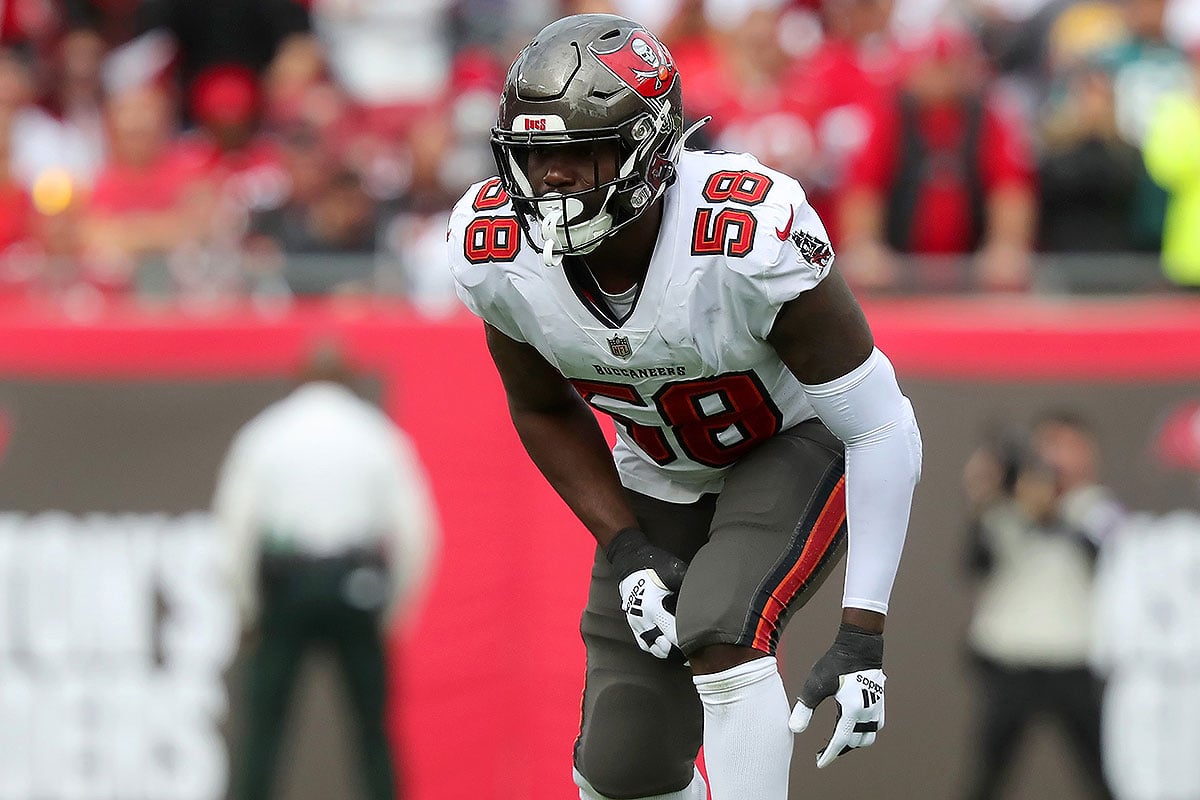 The retirement of Tom Brady has completely shifted the national perspective on the Bucs. If Brady had returned, the Bucs would have been a favorite to return to the Super Bowl for the second time in his three seasons there. In fact, if the Tampa Bay roster had been healthy this year, there’s a good chance the Bucs would be playing next Sunday. But the Bucs’ star quarterback has decided to call it a career, leaving his former team in flux.

Right now, there are no clear moves for the Bucs at quarterback. Blaine Gabbert will likely be re-signed for cheap, and second-round pick Kyle Trask will compete for a roster spot. But neither are capable of being anything close to what Brady was for this Tampa Bay offense. Few offenses in the NFL ask more from their quarterback in terms of carrying production. The Bucs will be aggressive in searching for trade options, but there are few easy solutions out there. “We most definitely are still going to be contenders,” said Barrett to the team’s website. “We’ve still got a lot of guys on the team who are hungry to have a taste of being in the playoffs, to have a taste of winning a Super Bowl. And I know the front office guys. They loved having a taste of the success that we had. So if anything, it’s a replication. Whoever it takes, we’re going to get those guys. And then the guys are going to make it happen, whatever we have to do. The offense has got to pick it up, the defense has got to pick it up, the special teams. Whatever it is, we’re going to make it happen.”

There is no question the Bucs offense is still loaded with talent. Wide receiver Mike Evans, guard Ali Marpet and tackle Tristan Wirfs are all Pro Bowlers under contract. Pro Bowl center Ryan Jensen is a free agent, but could return. Wide receiver Chris Godwin is a Pro Bowl-caliber player who is likely to be re-signed in free agency. And left tackle Donovan Smith is coming off his best season yet.

The team will likely need to find offensive help on the interior offensive line, the No. 3 wide receiver spot, tight end and running back. But, relatively speaking, those are typically pretty affordable roles/positions. But without a quarterback, the team’s ceiling won’t be close to the Super Bowl. Even with most of the starting/important defensive pieces likely to return.

“Trying to find somebody to replace Tom Brady is impossible,” Barrett said. “There’s no other Tom Bradys out there. So we’re going to try to find the next best player and help them be the best person they can be. And then rally around him and try to build a contender again.”

Yeah! There’s no replacement for Tom Brady and the Bucs have to reestablish their identity and focus their sites on our defense. I thought this last season we became too reliant on Tom magically making something happen in 4th that we got away from what made us champions to begin with (Defense). Got prioritize signing Jordan Whitehead, Carlton Davis & Ndomukun Suh

Agree, but not sure about Suh if it puts us in Salary cap hell.

Belichek showed the blueprint on how to win with an average rookie QB. A stout defense and a good run game. There are very few QB’s who can drop back over 40 times a game and be a consistent winning QB and right now the Bucs don’t have one on thier team anymore.

That’s a proven formula but unfortunately for us we fell in love with deep balls & fade routes. Maybe I’m just old school but 40 times a game is too much for any QB. Towards the end there Tom Brady was throwing up lollipops (dead arm) maybe but Instead of adjusting the offense to incorporate more run we doubled down on stupid chucking it deep even in short yardage situations. Sigh! Maybe I’m just Old School

You say that, yet that’s exactly what Trask did in 2020. The Gators had no running game to speak of, so he was constantly dropping back to pass and threw for over 4000 yds, 43 TDs and just 8 picks in the SEC. Of course, he was a wasted pick in your mind, so I get it.

Please, lets don’t start this doom and gloom thing. Lets enjoy the Brady Moment. We are still a good team until proven differently. The last three years the draft for us has been better. We have players stepping up. We will sign playersnatn our most critical positions, I’m beating this to death, but TE is important too. Then it’s adding more DL. I see us winning our Division; after that, who knows. For me, I still feel good about this team. Go Bucs! Keep the spirit of we can do this attitude!.

Still contenders with Gabbert? OK. Its your lie and I’m gonna let You tell it. Truth be told, we stand a better chance with Winston.

Winston IS a viable option in free agency.

Maybe..Maybe not. Go ahead and start Gabbert. And it will be a miracle if we reach 500. You will truly see torture with him. You’d better pray we can field an Outstanding Defense like the Rams have. Thats our only hope.

Last edited 5 months ago by twspin

He is an option only for self haters and for opponents of the Bucs.

Not for the Bucs he isn’t!

Will you do all of us a favor and spare us with your Winston Love fetish. You just keep throwing it out there even though Winston had uninterrupted 5 years and 3 head coaches to prove to everyone who was. Please Stop

Absolutely not! Seven games doesn’t change his MO. A lie? hmm. We have no clue what Gabbert can do;; we know what Winston can do though. I’m willing to go with the present plan as they have had a plan for two years their path would be after Brady.

twspin… step away from the bar and put ur drink down now! We stand a better chance with Trask! Winston… my God r u a gluten for disappointment! Just stop already.

Trask? Man I think you have had more drinks than me. But we shall see. Thats one of the best things about this NFL. No hiding. You are what your record says you are. I don’t see us winning with Task or Gabbert.Yes, I think we can win with Jameis. He’s been sittin for a yr..No, 2 now. I think he has improved. But I hope we do go with what we have. My fellow Buc fans love scapegoats.

I think u and others will be pleasantly surprised with Trask’s play. At least I hope so!

Last edited 5 months ago by Naplesfan

Arains is going to give Gabbert his shot for many reasons. Our only hope is he has a Rich Gannon type career reboot. Remember Rich Gannon was journeyman garbage till it all clicked, and he became league MVP? Blaine knows the system, and already has a comfort level throwing to Evans, and Godwin. He’s a big pocket passer that Arains likes, unlike Jimmy G.,and as Arains has praised has a cannon for an arm. He does give the added ability to pick up some yards with his legs. We keep a good O line in front of him, and get… Read more »

Not if Blaine Gabbert is the starting QB at the most important position on the field.

And who realistically is?

It’s now official. Many Bucs fans have already become spoiled little whiners who think “every QB sucks” except the GOAT. Must be part of the Brady Effect. They think we’re doomed to below mediocrity even though the rest of the roster is still one of the best in the league. We should all remember the days when the team went to the NFC championship game with Doug Williams and rookie Shawn King and to the Super Bowl with Brad Johnson. Of course the QB is an important position, but there are a lot of teams who won a championship with… Read more »

Gabbert is a good back-up QB, but he’s not a starter. If the Bucs aren’t projecting Trask as their starter after a red shirt rookie season, not sure why we drafted him. And if that’s the case, to truly be a contender, Jason needs to go get a QB.

If the Bucs want to be contenders with Gabbert or Trask then a few things need to happen. 1. Shaq Barrett needs to raise his game and win against the better tackles in this league not just feast on scrubs. 2. They need solid play from their outside corners and their nickel. 3. Todd Bowles has to blitz more selectively and win when he does blitz 4. They need better assignment discipline especially Devin White 5. They need to develop Joe Tryon to be a starter with impact. 6. They need to resign either Cappa or Jensen and have a… Read more »