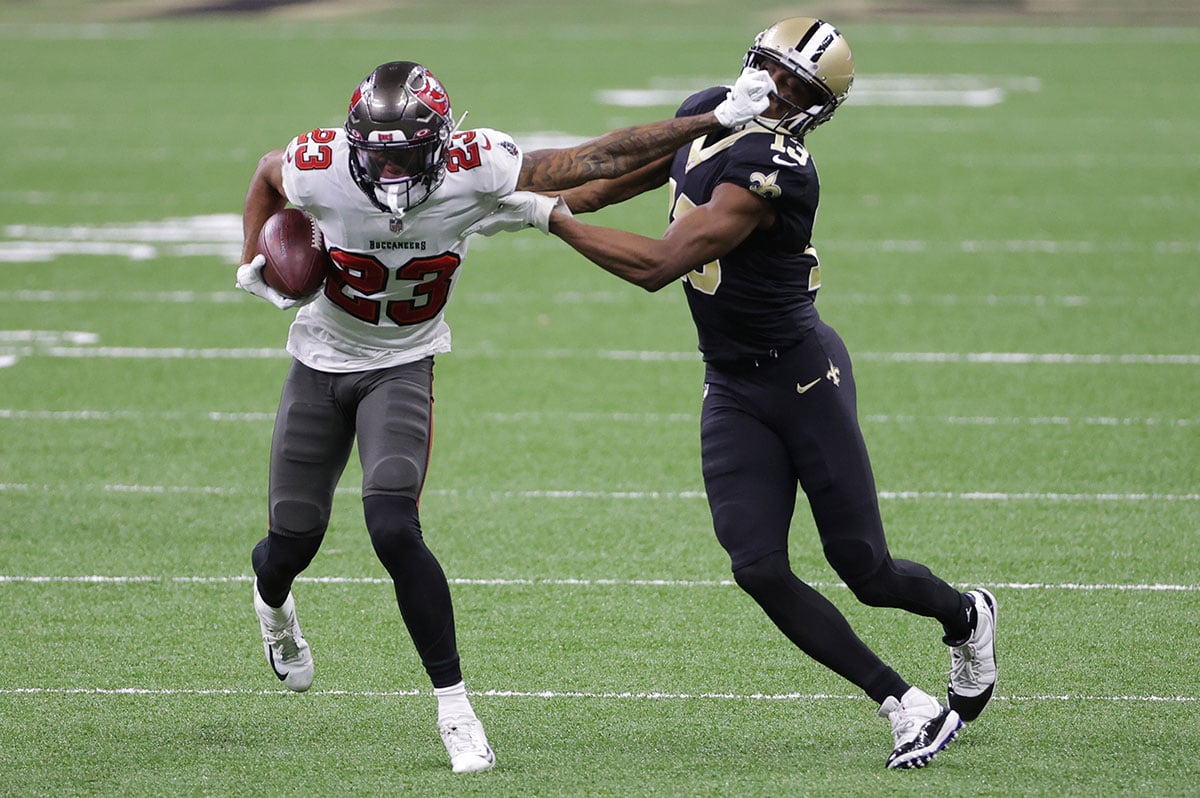 For the better part of a decade and a half, the Bucs were a safer bet to finish third or fourth in the NFC South than they were to win it. That changed in 2020 when the team signed Tom Brady. Yet, the addition of the greatest quarterback in NFL history wasn’t enough for Tampa Bay to win its first division title since 2007 — at least not right away.

The Bucs couldn’t get over the New Orleans Saints-sized hump in the 2020 regular season, Brady’s first year in town. They did, however, go on to win the Super Bowl. Every team in the league would trade a division championship for the Lombardi Trophy. That doesn’t mean the team wasn’t intent on claiming the division crown in 2021. Despite failing to beat New Orleans in the regular season, Tampa Bay did just that. The Bucs eventually ran away with the division, finishing 13-4.

The division looked to be up for grabs heading into 2022 when Brady retired back in February. However, his return stabilizes the Bucs. That’s why it’s no surprise to see that CBS Sports’ Cody Benjamin ranked them as the 2021 division winner that is the least “vulnerable” to lose their title heading into the new season.

“Look no further than the man under center. Ever since Tom Brady returned from ‘retirement,’ [the Bucs] became the story of the NFC, if not the NFL,” Benjamin wrote. “The transition from Bruce Arians to Todd Bowles on the sidelines is an underrated X-factor, but Brady’s still in his prime at 44, and his weaponry remains elite. Meanwhile, the Saints are acting like they’re still in contention but have questions at QB and coach, the Panthers are in the same boat, and the Falcons may have the league’s worst roster.”

Bucs Will Be NFC South Favorites, But Need To Clear Immovable Hurdle Tampa Bay certainly still has some question marks on its roster. Will Rob Gronkowski return? Might the remaining months of the offseason see an addition or two to shore up the team’s pass rush? Are there enough in-house options for key depth roles on the defense? Even with those questions, the Bucs are in pole position to repeat as NFC South champions for the first time in their history.

The Panthers and Falcons pose little to no threat as things stand right now. But the Saints, who have proven to be the Bucs’ kryptonite in recent years, still remain an obstacle to clear. Of course, Tampa Bay failed to beat New Orleans in either meeting last season and still won the division. But snapping a seven-game losing streak against their rivals has to be a goal for Brady and the Bucs this fall.

The Saints added some significant pieces this offseason, with safety Tyrann Mathieu and receiver Jarvis Landry among the latest. They’ve also lost key contributors in safety Marcus Williams and left tackle Terron Armstead. Even with a question mark at quarterback and a coaching change, it’s no surprise that they have the second-best odds to win the division.

The two teams will first meet in Week 2, with the Bucs traveling to New Orleans. The Saints will then come to Raymond James Stadium for a Monday Night Football matchup in Week 13.

I wouldn’t be so quick to crown the Bucs division champs with that schedule we have. Saints roster looks much improved on offense over last years team. Winston seemed to be protecting the ball better when he was hurt. It might be tighter race than many think. Hope not but who knows.

I would think Dallas is safest bet to win their division just because rest of teams aren’t good and have QB issues.

Serious injruies to Tristan Wirfs, Chris Godwin and JPP was what kept the Bucs from repeating as SB champions last season. The mental melt down and defection of AB didn’t help either. Let’s all hope for better health this season.

Yeah I agree no doubt the injuries hurt bad last year. Who knows what happens this year, but regardless most odds makers have Saints about 11 wins and Bucs about 12. My point is it isn’t a given we win the division at all. Especially since the AINTS always sweep us so would win tie breaker if we ended up both 10 or 11 wins! That is certainly not outside the realm of possibility either wining only 11 ish with that schedule we have.

Bucs and Bills look to be least vulnerable in my mind. Even then Saints are right and Dolphins could be right there with Buffalo. I think NE took a step back in that division. Packers will get challenged by the Vikings. I don’t agree with Fredster about Dallas. As that division stands today I think Eagles are the team to beat. Dallas lost Gregory, Collins off the OL, Amari Cooper and Neal… not sure who they have replaced them with. Meanwhile the Eagles have added AJ Brown, Bradberry, Haason Reddick and Jordan Davis to the D front. Put my money… Read more »

We all know every year is different and there are often surprises. Who had the Bengals going to the Super Bowl? Not many. As DrD noted, without those injuries, our Bucs might well have repeated. At the very least, the Saints are in a bit of a transition and likely not for the better with pouting Sean Payton no longer on the sidelines calling plays.