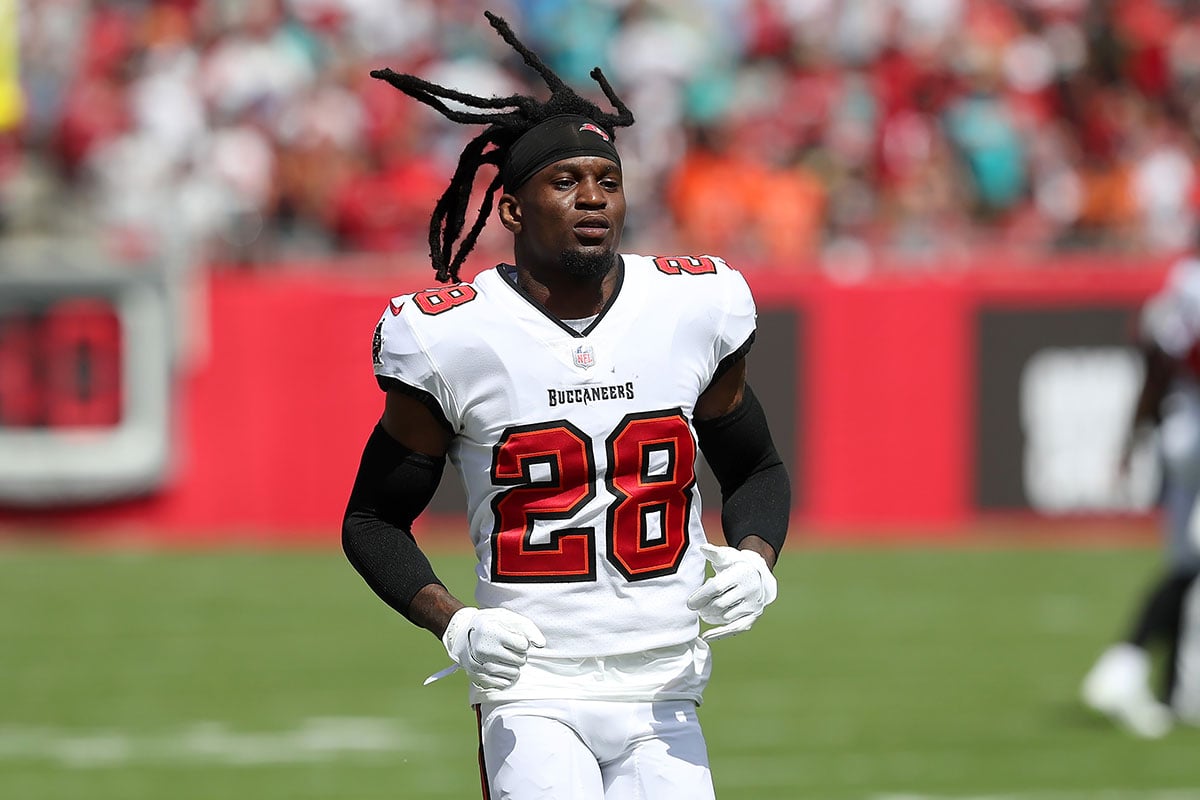 Rashard Robinson has returned to the Bucs practice squad. Earlier this afternoon the Bucs announced they signed the backup cornerback to the practice squad. Robinson’s most distinctive role with Tampa Bay has been on special teams. With this season’s ups and downs on defense, the 6’2 cornerback has been elevated to play in seven games. In his seven appearances, the LSU alum collected two defensive tackles and two special teams’ tackles.

Robinson was released a week ago, but now returns for special teams depth. He impressed in that area over his first seven games, but now Scotty Miller has emerged at gunner. Also, the Bucs are hopeful their starting secondary on the field this Sunday against the Rams. Tampa Bay’s whole starting defense has not played a single snap together all season. On Sunday, fans anticipated seeing the full unit against the Eagles. But Murphy- Bunting was a no-go moments before the game with a hamstring injury.

During the Bucs Wednesday practice, Murphy-Bunting was listed as a non-participant. If he’s out this week, Mike Edwards or Antoine Winfield would likely start in the slot. As the Bucs prepare for a tough divisional round matchup, we should see other significant starters return to the roster.

The Bucs host the Rams on Sunday in the divisional playoffs.