Bucs Rookie RB White: “I Want To Be The Starting Running Back”

Home » Articles » Bucs Rookie RB White: “I Want To Be The Starting Running Back” 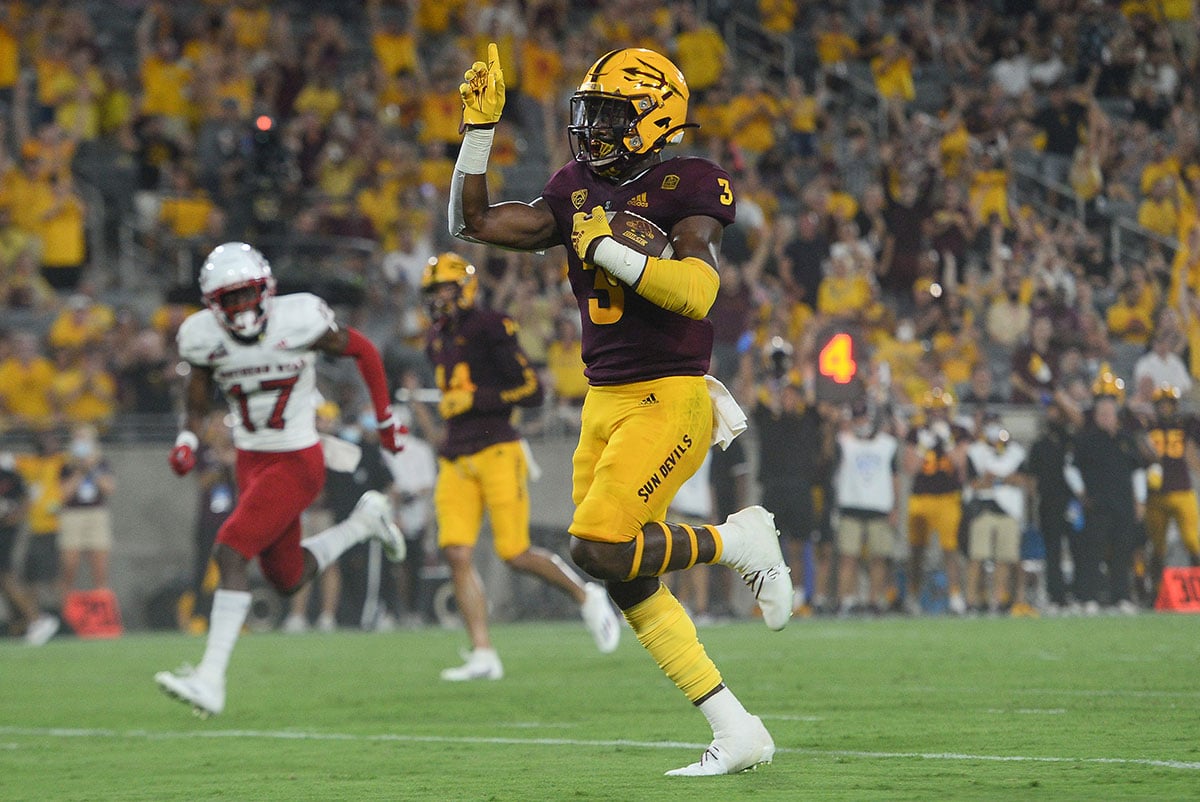 Bucs Rookie RB White: “I Want To Be The Starting Running Back”

Home » Articles » Bucs Rookie RB White: “I Want To Be The Starting Running Back”

When the Bucs drafted Arizona State running back Rachaad White in the third round of this year’s draft, it seemed easy to pick out a role for him in his rookie year.

Special teams contributor? Third-down pass-catching specialist? Change-of-pace No. 3 back? Potential home run-threat behind the team’s top two backs? All of the above?

White appears to be the type of player who might fit well into any of those roles as a rookie. However, he made it clear last week that he isn’t coming to Tampa Bay to simply accept a backup role and be happy with it. He wants to compete for Leonard Fournette’s starting job.

“What I’m looking forward to [with] the Buccaneers is I know they’re gonna put me in a great situation, a great spot,” White said in an interview on The Jim Rome Show. “My expectation, my goal is I’m going in there and competing. I want to be the starting running back.”

The Bucs came into the offseason with question marks in their backfield. Leonard Fournette, Ronald Jones II and Giovani Bernard were all free agents. When Tom Brady retired, the team was presumably set to start fresh at the running back position, maybe with Ke’Shawn Vaughn, a rookie and a veteran in the mix.

But then, Brady came back. That led to Tampa Bay shelling out a three-year, $21 million contract for Fournette. The team later brought Bernard back on a one-year deal as well. 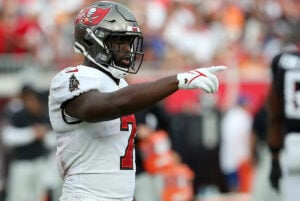 Given that Fournette just got that type of contract, White beating him out for the top spot on the depth chart might be a long shot.

White is well aware of who else is in the mix, of course. In the interview with Rome, he went on to say he looks forward to learning from the veterans he will now call teammates, even if his primary goal is to beat them out for snaps.

“I know I got Lenny in front of me. I’m gonna soak up a lot of knowledge from Lenny in that running back room [and] Giovani Bernard,” he said. “That’s just the type of guy I am. But I’m always a competitor first.”

White’s pass-catching abilities are going to be key in him getting on the field as a rookie. And in today’s NFL, the running back position is often about who’s hot. The Bucs weren’t afraid to ride the hot hand in 2020 when Fournette and Jones were splitting carries. Fournette later won the starting job outright last year.

As White works to prove he can carry the load as a three-down back, he‘s already carrying the right mentality.

“I’m just doing my job, whatever my coaches need me to do, whatever Tom [Brady] needs me to do,” he said. “I’m just there to do my job and, like I said, be the best player I can possibly be [and] be the smartest player [I can be].”

You can listen to the entire White interview on The Jim Rome Show below:

I’d be happy if one of Licht’s RB draft picks was even back up material at this point. Kid has confidence though and that’s a good thing.

Said the right thing. Shooting off your mouth too soon can just make you a poor teammate.