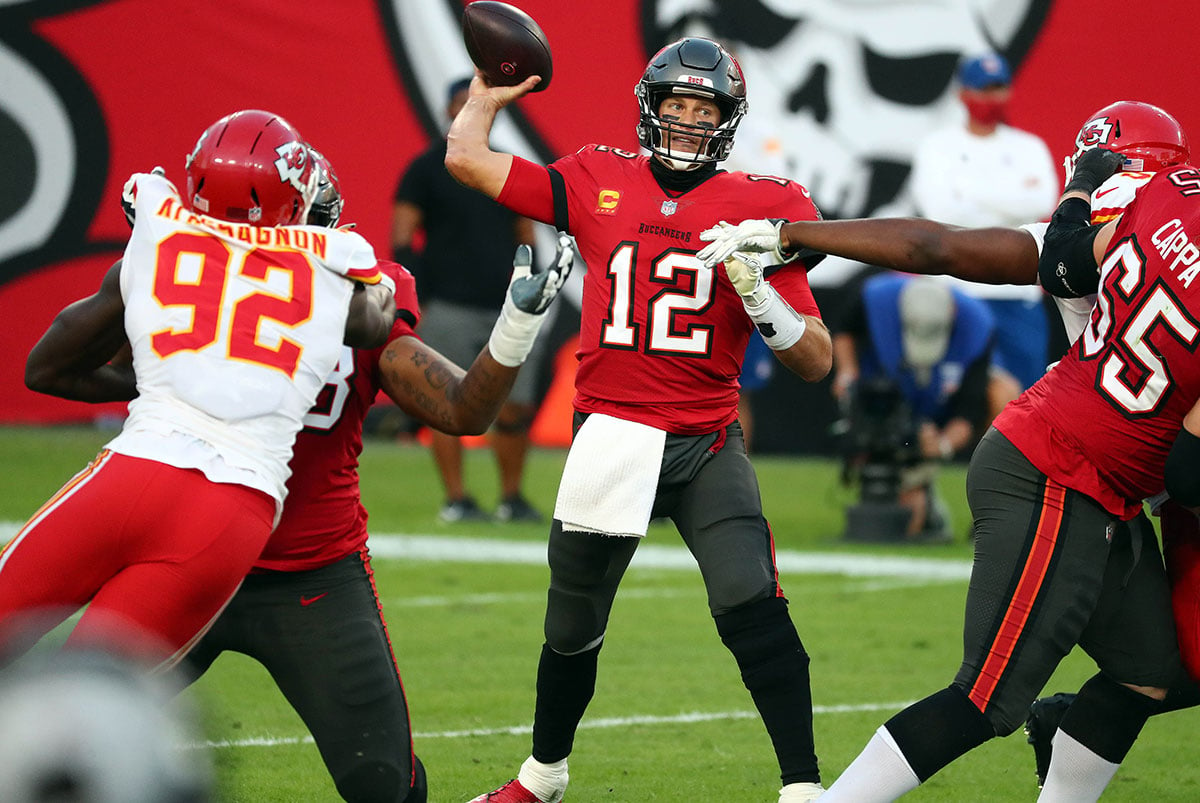 Get ready for Tom Brady vs. Patrick Mahomes – Round 2.

After beating the Green Bay Packers, 31-26, in the NFC Championship Game, the Tampa Bay Buccaneers became the first team to host a Super Bowl, as Raymond James Stadium will be the site of Super Bowl LV on February 7.

Their opponent will be a familiar foe, as Kansas City defeated Buffalo in the AFC Championship Game, 38-24, to force a rematch of the Bucs vs. Chiefs game from Week 12. The Chiefs are the defending Super Bowl champions with Mahomes winning the Super Bowl MVP a year ago, coming from behind to beat the San Francisco 49ers, 27-17.

Kansas City raced out to an early 17-0 lead in the first quarter thanks to 203 yards receiving and a pair of touchdowns from Pro Bowl wide receiver Tyreek Hill and held on for a 27-24 victory over Tampa Bay at Raymond James Stadium.

“Defensively, we get hit on the out-and-up and we really got exposed twice in man coverage,” said Bucs head coach Bruce Arians after the Week 12 loss. “I don’t care who’s covering Tyreek Hill because Carlton [Davis III] had him covered – it was just great throws and you can’t defend a great throw. Hindsight’s always 20-20 – the zone coverage, they were hitting a little bit in RPOs (run-pass options), so you’ve got to pick your poison with that guy. I was really proud – I thought the defense adjusted really well in the second half.” The Chiefs led 20-7 at halftime before the Bucs came roaring back to score 17 points in the second half to close the gap. But Mahomes played keep-away on Kansas City’s final drive and Tampa Bay’s defense couldn’t get the ball back to Brady for one final drive to tie or win the game.

“We stopped the run, we stopped the pass [but] we don’t stop the quarterback scrambling,” Arians said. “That was two big first downs. When you have an athletic guy, who can make plays – we knew they were going to throw it, we just had to keep him contained. We kept him in the pocket and he slid up under us. That was a big part of it.”

Mahomes passed for 462 yards with three touchdowns and scrambled four times for 28 yards against the Bucs defense, which sacked him twice and forced a fumble.

That loss on November 29 was the last time Tampa Bay suffered a defeat, going on a seven-game winning streak, including a 3-0 mark in the playoffs, after the bye week. That loss to the Chiefs was also the last time the Bucs trailed by double-digits in any game since. In fact, Tampa Bay didn’t trail at all in the NFC championship game, and has only trailed in one quarter – the first quarter in last week’s win at New Orleans, 6-0 – during the entire postseason.

“We battled back,” said Bucs quarterback Tom Brady after the loss to Kansas City in Week 12. “We unfortunately left ourselves a big deficit to start – got off to a slow start and couldn’t convert any third downs. Just poor execution early and [we got] behind. Players have to do a better job. We’ve got to make the plays that are there – and certainly [on] offense, we’ve got to do our job, stay on the field and keep them off the field.”

Brady threw for 345 yards and three touchdowns in that game, but had two interceptions in Kansas City territory in the second half that stymied two potential scoring drives.

“We just missed third downs,” Arians said. “We had very, very manageable third downs and they did a really good job in their blitz package. We didn’t handle that as an offense.”

The Bucs will get another shot at Mahomes and the Chiefs at Raymond James Stadium in two weeks in Super Bowl LV and are determined for that game to have a different outcome.

U gotta beat the man to be the man!

Can’t fall behind again like they did last time.. I worry about Mahomes’ scrambling. But I was also worried about Rodgers doing it. Never materialized today. Hopefully Bowles’ scheme will be the best of the year, as we’ll need it! Sounds familiar.. Just like our last two games.. lol

It will most definitely be a different game the next time around. The Bucs need to do what they did defensively in the second half against the Chiefs in the previous game, throw in a few wrinkles, and then bring the Lombardi back home. Go Bucs!

Question for you Scott. The Bucs are playing in their home stadium for the Super Bowl. However, will they be considered the home team, or will the Chiefs with a better record and a division winner be the home team per the NFL? Also, When the Bucs score, will they allow the cannons to be fired?