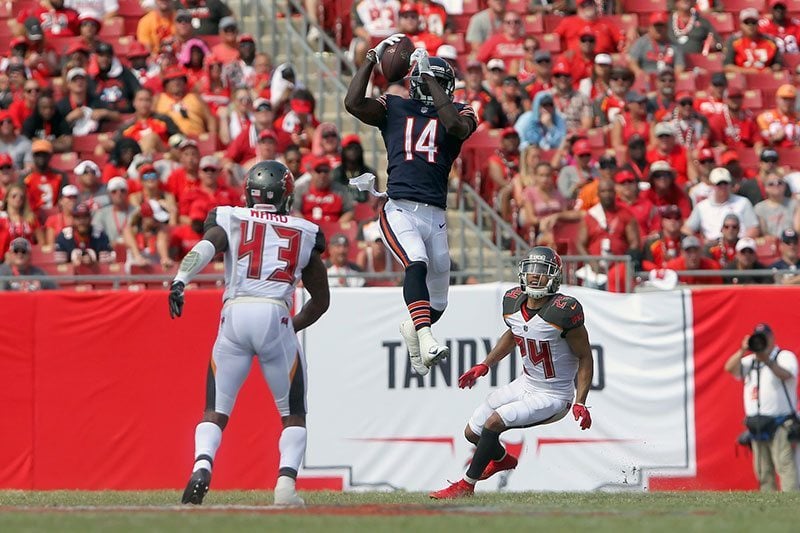 Bucs safety T.J. Ward created some controversy with certain comments following the loss to the Bills on Sunday. Ward, unhappy with his lack of playing time, called out defensive coordinator Mike Smith in his post-game outburst.

On Wednesday, standing in front of his locker, Ward explained he perhaps went about things the wrong way.

“I should have kept a lot of my thoughts to myself,” Ward said. “I’ve been in this league, this is my eighth year. I’m a fiery person and I wear my emotions on my sleeve. This is all brand new to me. It’s a new situation, a new team, and I’m just trying to take it as it comes or handle it as it goes, so I hope everyone works with me.”

“My teammates they know there was nothing malicious, my coaches know it’s not malicious, I’m just a competitive guy. I said what I said: facts. Do I want to be out there all the time? Yes. But there’s a complete other way to handle it and I should know better.”

Smith was asked in his weekly press conference about his philosophy on rotating safeties.

“We have to make decisions each and every week, and again I’ve said many times, that we don’t have 11 starters. There’s different guys that will play different roles and the amount of time guys play is going to depend on how people try attack us. That’s where we’re at with how we’re going to try to defend people. Our job as coaches is to put the guys that give us the best opportunity to win out there, and that’s what we do.”

We will find out on Sunday if Ward’s thoughts – or his play – gets him more snaps on the field. In the meantime, Ward plans on being a team player.

“We’ve had our talks, we’ve talked about what happened, so it’s always what coach said.”

I was a bit surprised he made the comments, especially after getting beat the way he did. I do think he has a lot of talent but have to trust the coaches on this one as they see all the intangibles during the practice week. I would really like to see Tandy out there though. Any ideas why he isn’t playing?

Smith is rotating Safetys to get better matchups? It clearly isn’t working. If anything he is just giving Offensive coordinators keys on what our defense is trying to do.

We know the following for sure: it ain’t working what Smith is doing now. He better change it up or the coaching staff is going to get changed up. The Glazers are NOT going to put up with another top five draft pick next spring after all that’s been done, said, and spent to get us to where we are.

Now McCoy is sounding off. It’s a full blown mutiny! This regime will be walking the plank in January.

Sorry wasn’t finished. The jist was it’s probably not wise to bring in certain safeties for certain coverages because that probably tips our opponent. We need to play the best players and not call defenses that don’t suit the talents of our best players. Trying all these different types of looks unsuccessfully is not the solution. Put our best players on the field and call defenses that take advantage of how that utilizes them. If we have an injury and need to adjust then fine but stop this stupid rotation.

Smith didn’t say why the rok Evans played every down our did anyone ask?

kinda like the RB rotation, i wonder if certain guys being on the field is a dead giveaway as to what the defense is trying to do on a given snap. would you rather have your second best box safety out there, or rotate your best box safety in and basically declare “this guy is not going to be playing the pass” with his presence? if your personnel is giving away your playcall, that is the exact opposite of how this “multiple” defense is supposed to affect offenses

should’ve read the other comments before i posted, as my statement was pretty redundant to what everyone else said. either the overwhelming majority of commenters here is totally off base, or this coordinator is WAAAAY overthinking his personnel selection

Start Ward and Evans and rotate Conty and Tandy in there and KEEP DRAFTING SECONDARY PERSONNEL!!

Just out of curiousity I wonder how many teams rotate safeties throughout a game?

Wonderful drafting philosophy GolsonAges. We have very little of a pass rush and you want t draft DBs.
Brilliant, outstanding!
Another armchair GM heard from.