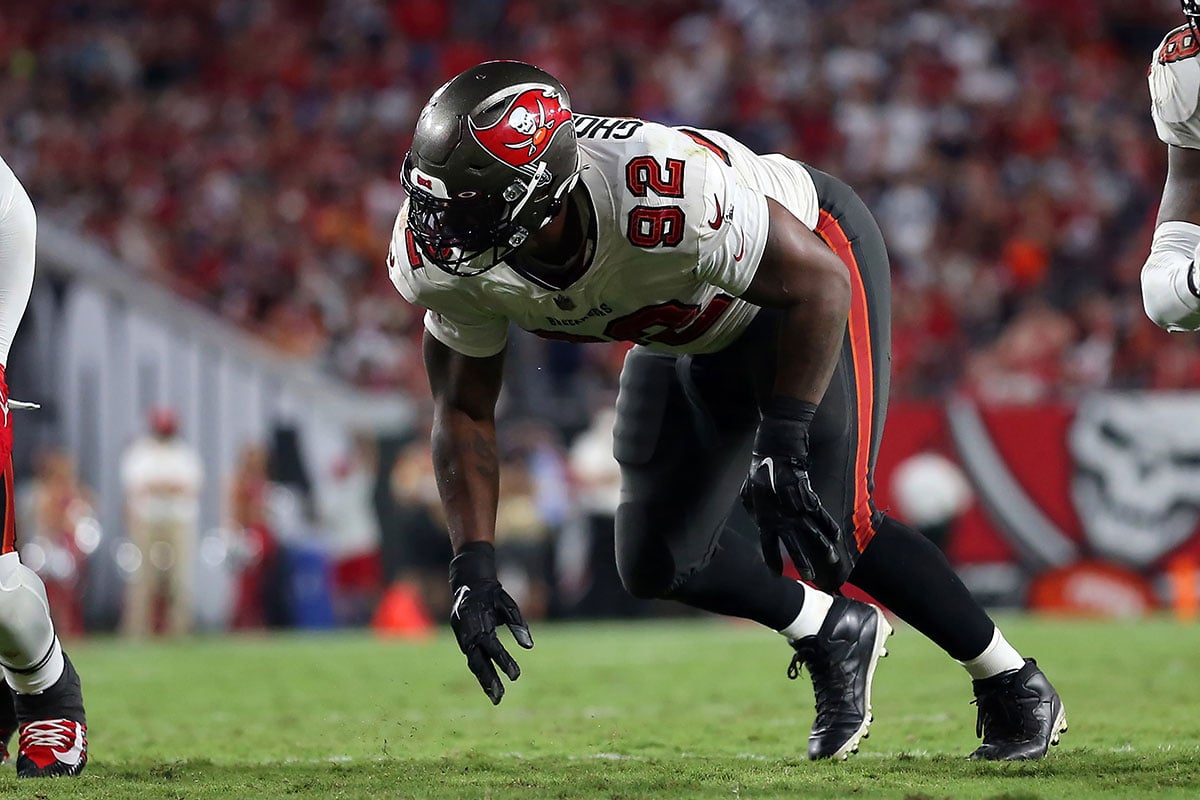 As one of the longest-tenured Bucs, Will Gholston has seen plenty of highs and lows over the years. Drafted in 2013 out of Michigan State, he played for three coaches over his first six years and never saw the playoffs. Tampa Bay’s postseason drought hit 11 years by the end of the 2018 season. But then, things began to change.

Bruce Arians and his coaching staff arrived in 2019 and transformed the Bucs’ culture. Even though the team finished 7-9 and missed the playoffs for a 12th straight season, it felt like there was a solid core in place. That core is part of what enticed Tom Brady to sign with the team in 2020. Of course, from there, the rest is history. Tampa Bay snapped its playoff appearance drought at 12 years. It then broke its streak of years without a playoff win at 17 years. And finally, it returned back to the mountaintop and won the Super Bowl.

As one of the few players from the early 2010s who was still around, that Super Bowl season was extra special for Gholston. And it wasn’t just special because it netted him the championship ring he now has to his name. It was also a big year for him personally, as he took his game to another level.

Playing 57% of the defense’s snaps – his highest percentage since 2016 – Gholston began to thrive in Todd Bowles’ 3-4 scheme. He posted three sacks, a total he hadn’t reached since he did it in 2015 and 2016. His stat line also featured eight tackles for loss and a career-high 20 quarterback hits. He then registered a quarterback hit in each of the Bucs’ four postseason games.

The 2021 season was even better for Gholston, as he totaled a career-high 4.5 sacks. Now, he is set to turn 31 years old as he enters his 10th season with the Bucs. He is looking and playing better than ever. Speaking on Thursday’s Pewter Report Podcast, he talked about what has contributed to his career revival over the last two years.

It’s clear to see that Gholston is playing the best football of his career in Bowles’ defense. So, Pewter Report’s Matt Matera asked him Thursday whether his increased production is a result of Bowles as a coach or his scheme itself. And the simple answer for Gholston is that it’s both. Not to mention, it’s also the preparation his other coaches provide for him and his teammates. 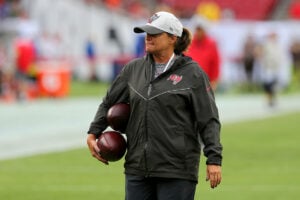 “It has to be everything. It’s not just Coach Bowles, it’s not just the 3-4. I’ve got to throw Kacy [Rodgers] and [Lori] Lo [Locust] in that bad boy too,” Gholston said. “Because the preparation that I have as far as fundamental- and technique-wise and learning the plays and everything they do from a coach’s standpoint – they dot every I, they cross every T, they make sure we’re always prepared.”

Gholston said that his coaches’ attention to detail takes a lot of pressure off of him. As a result, he can simply focus on fine-tuning his craft.

“It leaves [the] onus on me to personally just get better. I don’t have to worry about how to study, when to study or what to study. They give us a cheat sheet so I know what to look at and know how to look at it, so all I have to do is focus on my technique,” Gholston said. “And I think over the last few seasons, I’ve been able to focus on my technique, learn what I was doing wrong, correct [it] and just consistently try to get better. At the end of the day, that’s what you’ve got to do or I’m gonna be watching.”

Having worked with three different defensive coordinators before Bowles arrived, Gholston has often had the deck stacked against him. That’s why, playing the way he’s playing right now, Gholston wonders how things might’ve been if he had been in this preferred situation years ago.

“I think if I played in this type of scheme and I had this coaching staff when I was younger, I think I would be a totally different player,” he said. “I’d be viewed as a different type of player.”

One of the many things I really like about this coaching staff has definitely been their ability to develop players. That’s pivotal and something that’s not easy to find.

Gholston is a great guy and team mate from everything I’ve heard. He was lackluster in 4-3 but seems to really thrive in this 3-4. He’s also been quite durable.

Not to late. Break out season for Will?