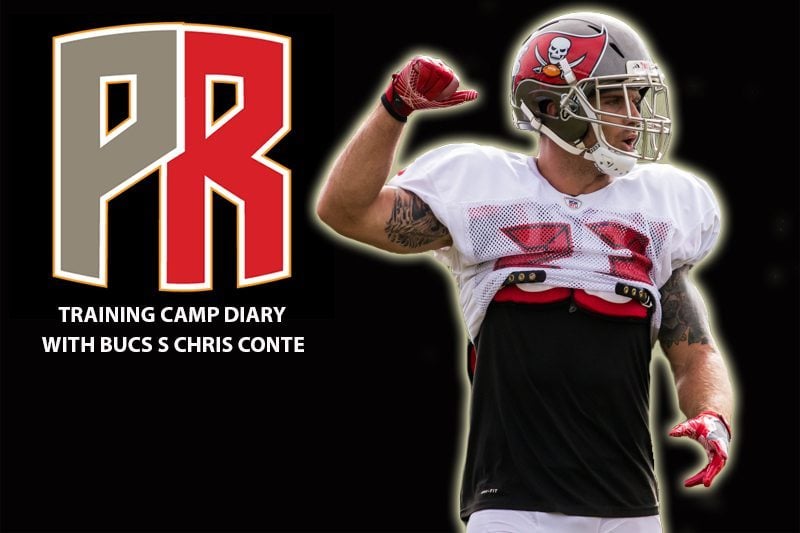 I have been spending a lot of time after practice with the fans. They’re the people that fill up the seats and I want to give them what they want. People are coming out – it’s hot out here – and supporting us, bringing a lot of energy. It brings excitement to the team and that’s really what’s going to help us win games and be a team that has a great home field advantage. It’s about having fans out there being rowdy and coming out in large numbers. We saw that at our stadium, when we have opposing teams that don’t have their fans in the seats, but a bunch of our fans. It’s great to show them thanks for coming out and supporting us and believing in us and it’s great when everything’s going well. You want to support the people that are supporting you. 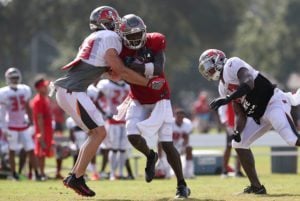 The Seattle game, there was a few times in that stadium where you really felt like, “Hey, there’s something going on here. We’re starting to get the believers and have that support and it’s really starting to feel like a home field advantage with the fans getting rowdy.” That stadium can get loud if there’s people in there, so when it does it’s kind of like that college environment, which was something that was great about being in college. Those game days that were just loud with the college kids going crazy, so trying to duplicate that environment makes it a lot of fun for us players.

Gerald McCoy had a great day (Saturday). When a defensive lineman is getting up-field and making plays you notice it because the ball carrier isn’t getting to you and there’s not balls being thrown your way, and things like that, because he’s getting up in the quarterbacks face and they’re blowing the whistle because they’re getting sacks. There isn’t ball carriers running down the field and you’re not having to chase guys because they’re hitting them in the backfield.

On offense and with the running game and Doug Martin out for the first three game – I think that Doug is a very unique player and a great player – so whenever you’re missing a great player it’s not going to be good for you team. But we have guys back there that have been proven guys that can step up to the challenge like they did last year. Jacquizz (Rodgers) stepped in there and had some great games for us, so I think he’s up to the challenge, and I think he’s a guy that is a number one back like Doug. Charles Sims is another fast guy that can get in there and break the ball downfield for touchdowns. We have some explosive guys. Even Peyton Barber last year had some great games, too and he’s a young kid that’s really stepping up. We have guys back there so we’re going to miss Doug, but at least we have players that can fill in for him.

This camp, like all of them, there are little things that I have to get better at. Right now the focus for us, as a defense, is getting to the football and bringing that energy every day. These are the long days, these are the first few days that it’s been hot and really just bringing that energy throughout practice is hard. These are, they call them dog days or whatever, but it’s a grind right now bringing that energy and making sure that all the guys on defense are supporting each other and feeding off of each other to stay focused throughout practice. It’s easy to want to tap out and blame it on the heat, or the long days in camp, but we have to stay focused and execute. Especially when we’re doing situational stuff like two minute drills early on in practice. We really have to keep our focus and get better as a defense in those situations. 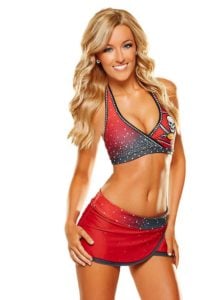 Being away from from my girlfriend (who is expecting) is tough, but the great thing about Tampa is that everything is so close. I live very close to the facility and if anything, with Stephanie being pregnant, were to happen, I can be there. The hospital is literally across the street where she’s going to be delivering at so it’s very comforting to know that everything is close by.

All of the coaches and everyone have been so supportive with the whole pregnancy thing, so it’s made it very easy and stress free for me where I can just focus on football and know that if anything goes wrong or if anything happens with Stephanie, I’ve got great people to handle it and take care of it so I can be wherever I need to be in a second. Although it’s hard to be away from your family, it’s a lot easier than some of these other situations in camp where you go away. Like Chicago to Bourbonnais, it’s like a two-hour drive in the middle of nowhere, but at least in Tampa I live about 10 minutes away from the facility, so if I need to get home I can.

We talk on the phone every night and check in on each other, see how everything is going and see how the day went, but she’s here almost every day in camp too so she kind of gets to see everything. But yeah, we check in with each other every night and she’s usually the last person I talk to before I go to sleep.