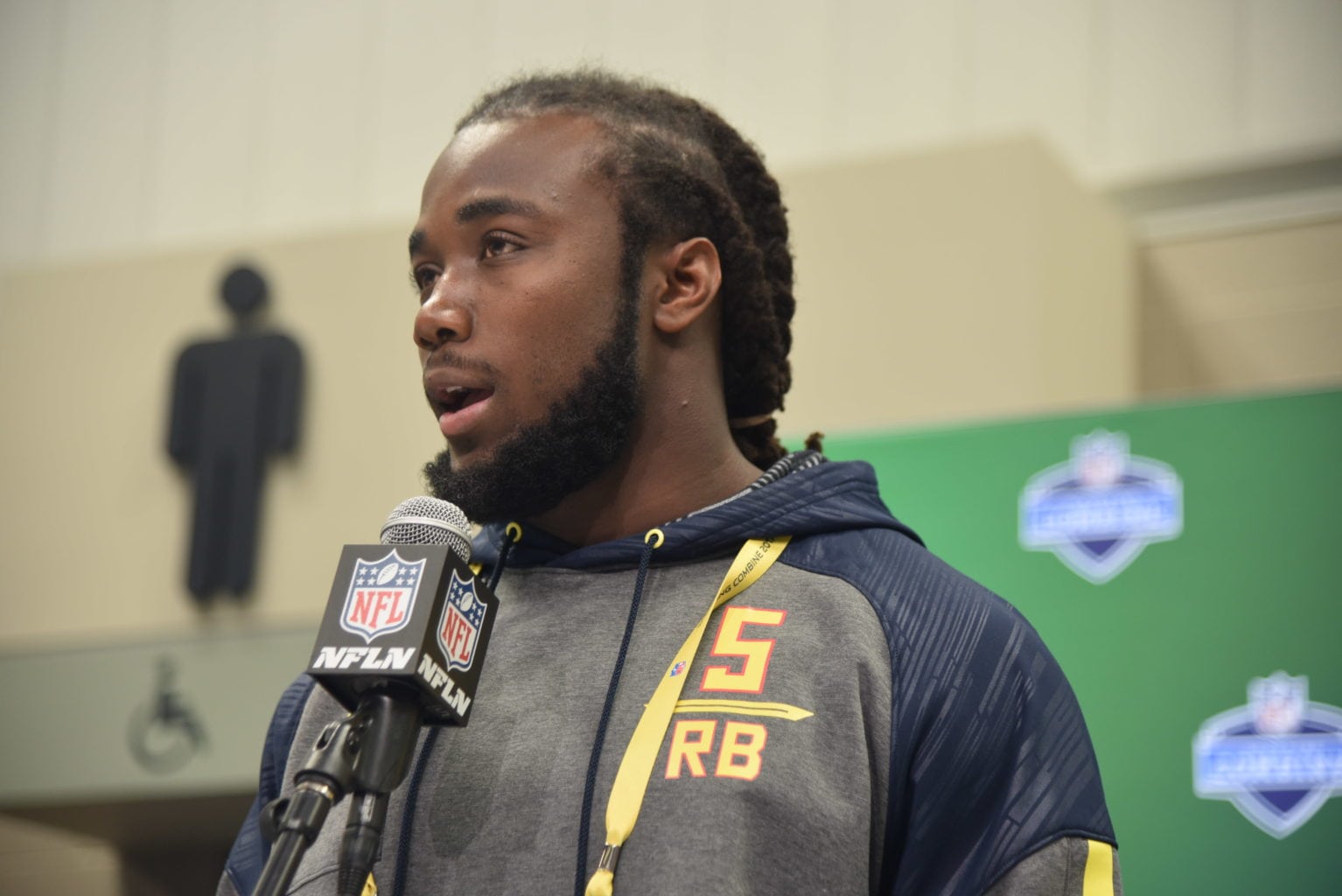 On Day 2 of the 2017 NFL Combine, the first batch of players hit the podium for their interviews with the national media. The two player groups that were featured in those interviews were running backs and offensive linemen. One running backs in particular who Bucs fans are keeping a close eye on is Florida State running back Dalvin Cook.

During his interview, Cook was asked what it would be like to re-unite with quarterback Jameis Winston. Cook responded by saying it would be, “a dream come true.”

“[It would be] a dream come true. Yeah, I did play with Jameis. It was like half a year, and the games and experiences we had, it was something that I’ll always remember. He’s one of those quarterbacks who will make sure you know if you’re doing the right thing, if you’re being the player he knows you can be, and he’s one of those leaders you just want to be around.”

Cook ran for over 1,000 yards and eight touchdowns in his lone season with Winston at Florida State – Cook’s true freshman year. Since that time, Cook has emerged to be one of the best running backs in all of college football.

Earlier in the interview, Cook affirmed that he passed every team’s medical test, and that his shoulder is fine. Knowing the kind of talent Cook is, it’s hard to imagine that with a clean medical he’ll fall to Tampa Bay at No. 19. If he does, he’ll be hoping the Bucs take him. He’ll have even more memories to make with Winston.

My dream come true too 😉

Falls to #19 he would be hard to pass up, but I wouldn’t trade away picks to move up for him.

He will be long gone by 19. I agree surf, no trade up. Lots of backs in this draft. I would look at receiver in first round if any of the top 3 fall to 19.

Really not in the discusion arena as it makes more sense to keep Martin if he is done with enhancing drugs and is in shape. I would either trade down or use the draft pick for the best WR or TE at spot 19.

It was a leading question though. His dream job is with anyone that will take him, even the Jaguars.

Personally, and of course as a Noles fan, I would trade up if the situation is right, maybe swap 1st round picks and give up only a 2nd or 3rd. Unless however, Kamara is there which he may be, he is also a very quick and skillful back that also has good hands out of the backfield. If we do this (either go Cook or Kamara) in 1st round, we should fill the need at receiver via free agency and also see if VJ would consider a 1-2 year deal that won’t break the bank. It’s a win/win if we… Read more »