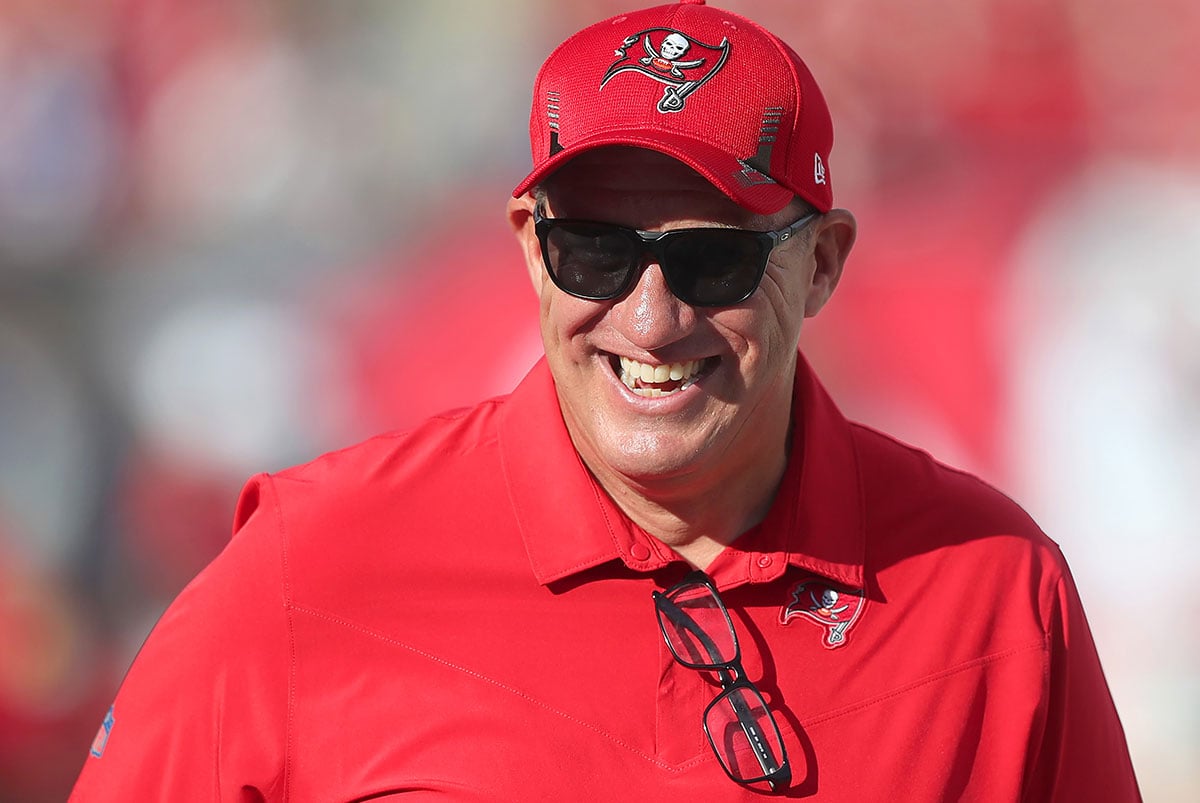 Jason Licht may have revealed what the biggest difference was between the Super Bowl-winning 2020 Bucs and last year’s team: the health of the entire secondary.

The Bucs lost players left and right due to injury all over the defensive back room. It started with Sean Murphy-Bunting in the first half of the first game of the season, and continued on throughout the year.

Simply put, the Bucs were at their best when that had their top players available. And that was rarely the case. In fact, the entire Bucs starting secondary played zero snaps together until Week 18 against Carolina.

“Well, we’re healthy,” Licht said when giving his view of the defensive backs. “Right now we’re healthy. We plan to keep it that way. We got a lot of these young guys that played very well two years ago when we won the Super Bowl. And I don’t think that talent just went away. So we’re healthy now.”

“Well, we’re healthy. Right now we’re healthy. We want to plan to keep it that way. We had a lot of these guys play very well two years ago when we won the Super Bowl. I don’t think that talent just went away.” pic.twitter.com/x0TNrV1HWe

The Bucs got more help this offseason with the additions of Logan Ryan and Keanu Neal. The duo will provide veteran presences on the back end that we haven’t seen the past few years. Whether they’ll be primary safeties or move around in different nickel roles is a conversation for another day. But the secondary could improve thanks to two players that head coach Todd Bowles can get creative with. “We’ve added players like Logan Ryan and Keanu Neal that we’re excited about,” Licht said. “Bringing some veteran leadership back there. I think we’re in good shape.”

Do these acquisitions exclude the Bucs from taking a defensive back in this draft? Licht wouldn’t go that far. It makes sense Tampa Bay would draft a defensive back or two considering Edwards, Dean and Murphy-Bunting are all on the last year of their deals. Both Logan and Neal are on one-year contracts as well, and the latter has a significant injury history.

And that’s exactly what the Bucs are trying to avoid this season. Health might just be the difference that separates the defense from getting back to their championship form.

Come on Matt, we really needed Licht to “reveal” that? Pretty sure we all realized that.

Last time I heard Licht say we are “In Good Shape” was a porous OL. So, Buc fans should be very worried about their secondary.

Agreed it’s been a mess for years really healthy or not.

I’m not worried about the secondary. Bucs have all veterans back there, healthy. who know the defense. No Worries!

Given the rostered players, I think there’s a strong chance that a CB is selected in the top 3 rounds.