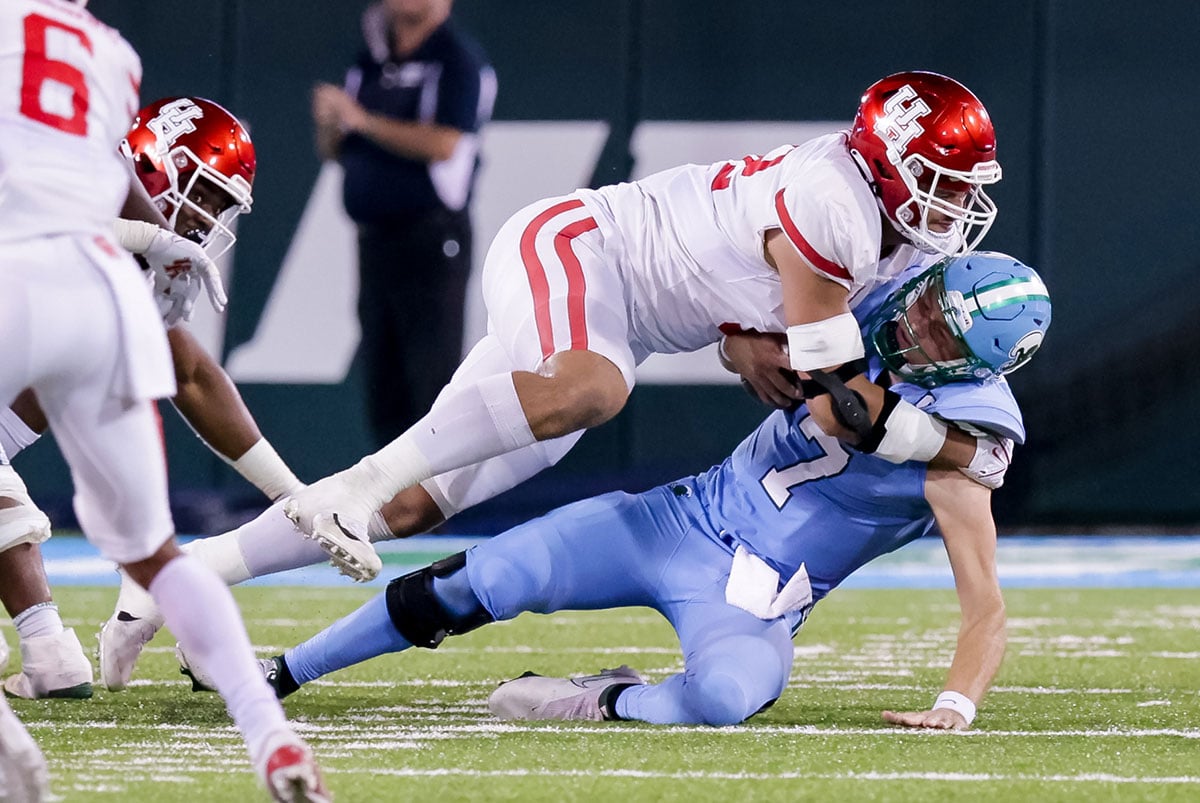 According to The Draft Network’s Justin Melo, the Bucs are continuing to host Top 30 visits for high-level prospects. Houston’s Logan Hall was in Tampa Bay last week, meeting with the team. Hall is projected to come off the board anywhere from the late first to late second round range of the draft.

#Houston DL Logan Hall was extremely busy from Apr. 10-18. Within that timeframe, he made Top 30 Visits w/ #Texans, #Cowboys, #Vikings, #Bears, #Buccaneers and #Bengals, per source.

The Bucs interviewed Hall at the NFL Scouting Combine, so it’s not a surprise to see him formally visit Tampa Bay. Hall dominated the Combine, checking in at 6-6, 283 pounds. He ran a 4.88 40-yard dash and impressed on the agility drills as well. Hall will need to get stronger and continue to improve his pass rush plan. But six sacks during his final college season indicate what the tape reveals: a skill set trending upward.

Right now, the Bucs have just four rosterable defensive tackles under contract. Vita Vea, Will Gholston and Rakeem Nunez-Roches return from last year’s rotation. And Pat O’Connor could provide a few interior pass rush reps as well. But the Bucs are missing one starting defensive tackle, so drafting a Vita Vea running mate could be an early move next week. Also, Ndamukong Suh and Steve McLendon remain un-signed in free agency. Both players have expressed interest in returning to the Bucs for another season.

Here’s a full list of players the Bucs have hosted on pre-draft Top 30 visits.

would like to trade out of the 1st round to take Travis Jones or Logan Paul (or both?) in the 2nd round!

I’m intrigued by this kids potential.. Especially if we could land him in the 2nd round..

I’d rather have that cheeseburger from Beef O Bradys. That damn thing looks yummy!

Last edited 2 months ago by gcolerick