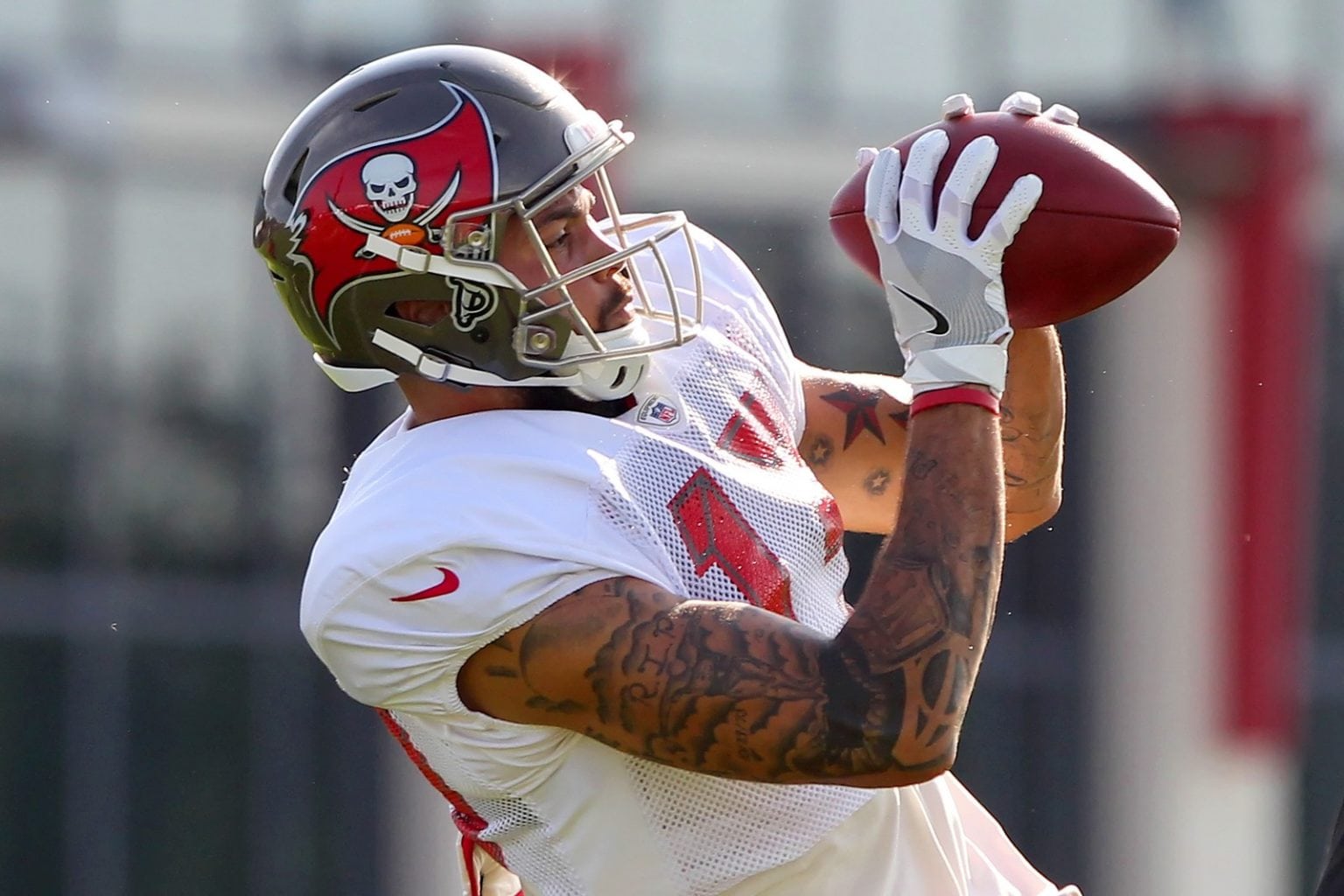 Not only was Saturday’s Bucs training camp the first camp practice where the players put on some pads (just shells, not full pads), but it was also military appreciation day, and hundreds of military guests were in attendance to give the players a crowd.

The pressure of the extra eyes didn’t faze kicker Chandler Catanzaro, as the Bucs high-paid kicker went a perfect 4-for-4.

On the other hand, undrafted rookie kicker Trevor Moore had his worst day yet, going just 2-for-5.

Quarterback Ryan Fitzpatrick picked up right where he left off from Friday’s practice by delivering the ball accurately deep down the field and to the sidelines.

Fitzpatrick hit wide receiver DeSean Jackson for a bomb of  touchdown on Friday, and on Saturday he kept that consistency by timing a good throw for Jackson to catch right at the sideline. It appears their chemistry is coming along just fine.

Deep ball day at #Bucs training camp. First it was Fitz to Evans (vs Grimes), and this time it was Fitz to Godwin (vs Conte). pic.twitter.com/kEoy02oZnk

Through camp, to this point, Fitzpatrick had tested his luck and even completed a handful of nice passes to Jackson and also wide receiver Mike Evans. But sophomore stud Chris Godwin had yet to really get in on the action.

Godwin has ben running as the primary outside wide receiver opposite Evans, so his snap count with Fitzpatrick has been high, but before Saturday he didn’t have much to show for it.

As seen in the clip above, for the first time this camp, Fitzpatrick and Godwin connected for a big play, which was yet another deep ball down the field.

That was a good sign, but the offensive player of the day was still the team’s No. 1 wide out: Mike Evans.

Great throw and catch from Fitzpatrick to Evans in the no huddle drill. First highlight of the day: pic.twitter.com/1rFABbE9JO

Evans opened up the day by making the defense’s No. 1 cover player Brent Grimes look silly by winning a jump ball down the sideline.

And that was just the first of many big plays Evans made.

Mike Evans having quite the day. Great chemistry between he and Winston to tightrope this at the sideline. pic.twitter.com/y2wWEDH9UB

Evans continued to make plays all day, and, if we’re being honest, this is the most focused and determined Evans we’ve seen in recent years — and that’s saying something, not that he was lacking before.

The plays on video here aren’t the only ones he made, but the one above was the big highlight of the day. It was a timing pass to the sideline from quarterback Jameis Winston, and those two reminded us that their chemistry is still top-tier.

Evans beat cornerback Brent Grimes on the first highlight and he beat Ryan Smith in the one directly above. It didn’t matter who was covering Evans on Saturday; they stood no chance.

And just in case you were wondering if Evans got both feet in bounds: He did.

Make sure you’re following Pewter Report on twitter and Instagram for the best Bucs coverage live from camp, and be sure to check back in to the site tomorrow as the players get to practice in full pads for the first time.

Happy to hear fitz is doing well. Any kind of consistency in any side of the ball will equal more wins. The talent is obvious, but the winning mentality and making plays to win instead of self inflicted wounds has always been a problem with this team. I just so hype this time of year and really hope for a productive year from this team. Haven’t we Bucs fans earned that yet?