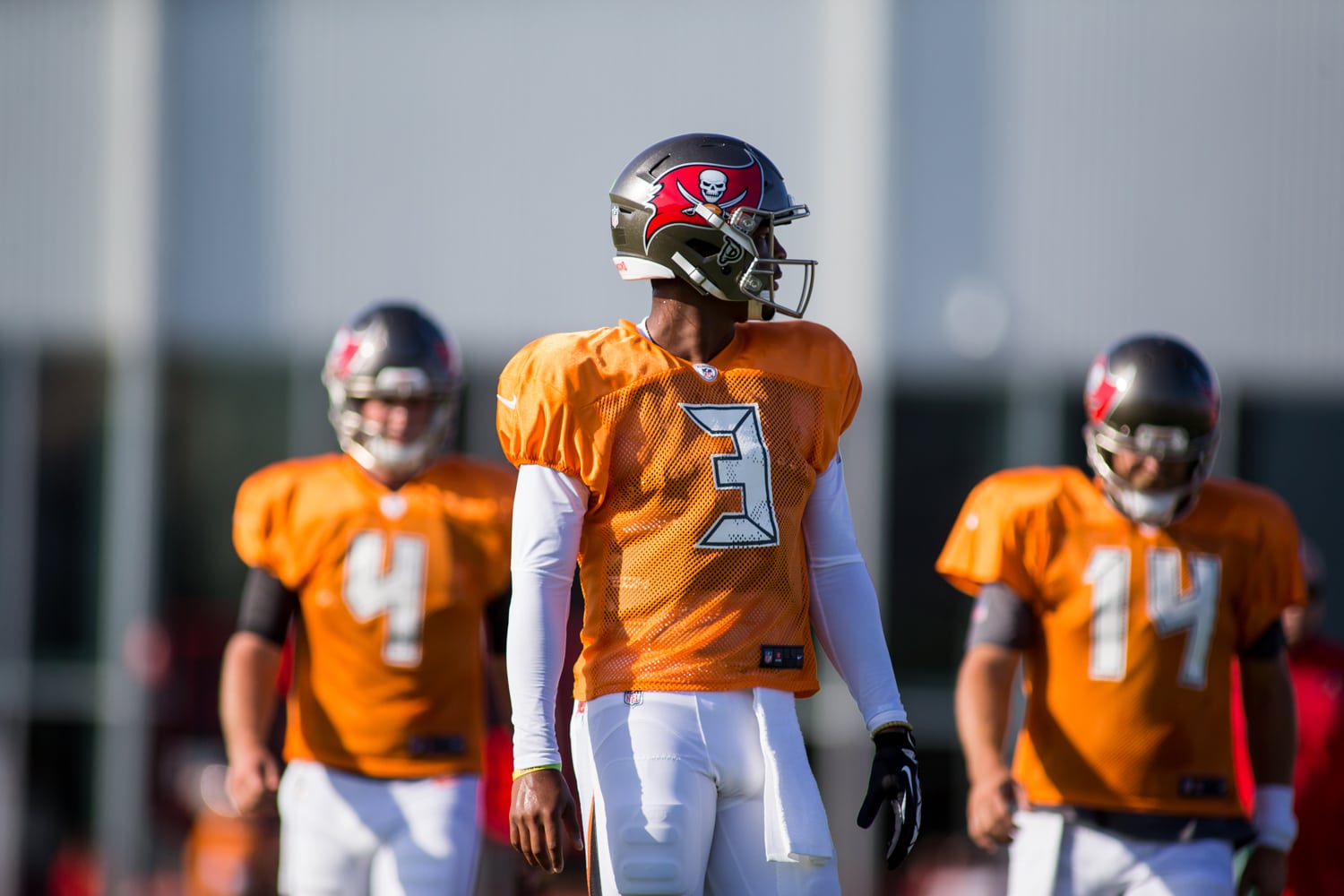 On a day that was suppose to be dominated by the defense with full pads on for the first time, the offense made sure to remind those defensive players that the hitting and playmaking can still go both ways.

That started with some nice runs in the 7-on-9 rushing drills.

Some nice vision here from RB Ronald Jones to get through traffic: pic.twitter.com/XlKVAZx4Kg

However, on Sunday, we saw some flashes and reminders of why Jones was coveted in the fashion he was during the draft, and that is because of what he can do when he gets handed the ball.

Jones had a couple of nice carries in the 7-on-9 drill, showing good vision and burst. He just needs to make sure he has those extra fundamentals worked out so he can show off that vision in games sooner rather than later.

This might be the best deep ball connection we’ve seen between Jameis Winston & DeSean Jackson in two years (practice or game).

The best offensive play of the day came once the team moved to the indoor practice facility.

On a play that Bucs fans have been waiting a long time to see, quarterback Jameis Winston loaded up and bombed a pass about 60 yards to an in-stride DeSean Jackson for a touchdown.

That throw and catch was likely the best we’ve seen from the Winston-Jackson duo in a Buccaneers uniform.

Oh, this is fun now!

QB Ryan Fitzpatrick matches Winston’s great pass to Jackson by dropping a dime of a pass to TE Cam Brate, who makes a diving reception: pic.twitter.com/WBAwv9dpBE

But starting quarterback Ryan Fitzpatrick didn’t just sit back and let Winston have the best throw of the day.

The offense was certainly dealing in the indoor facility, which was during the second half of practice.

And in a little bit a comedic clip, the physicality wasn’t just coming from the defense on Sunday.

In the clip above, you can see running back Peyton Barber lowering the shoulder on wide receiver Chris Godwin (on accident) — and Barber just kept on trucking.

Safe to say both ides of the ball were ready to lay some hits on Sunday.

The team has a day off tomorrow before getting back to it on Tuesday.

Nice clips from todays practice. That Fitz throw and Brate catch was great! The Winston to Jackson bomb was a great route by Jackson. He was helped by the 10 yard cushion the corner gave him and the late help over the top, but it still had to be one of the best deep balls Winston has delivered.