Licht: Bucs Will “Continue To Try To Add Pieces” 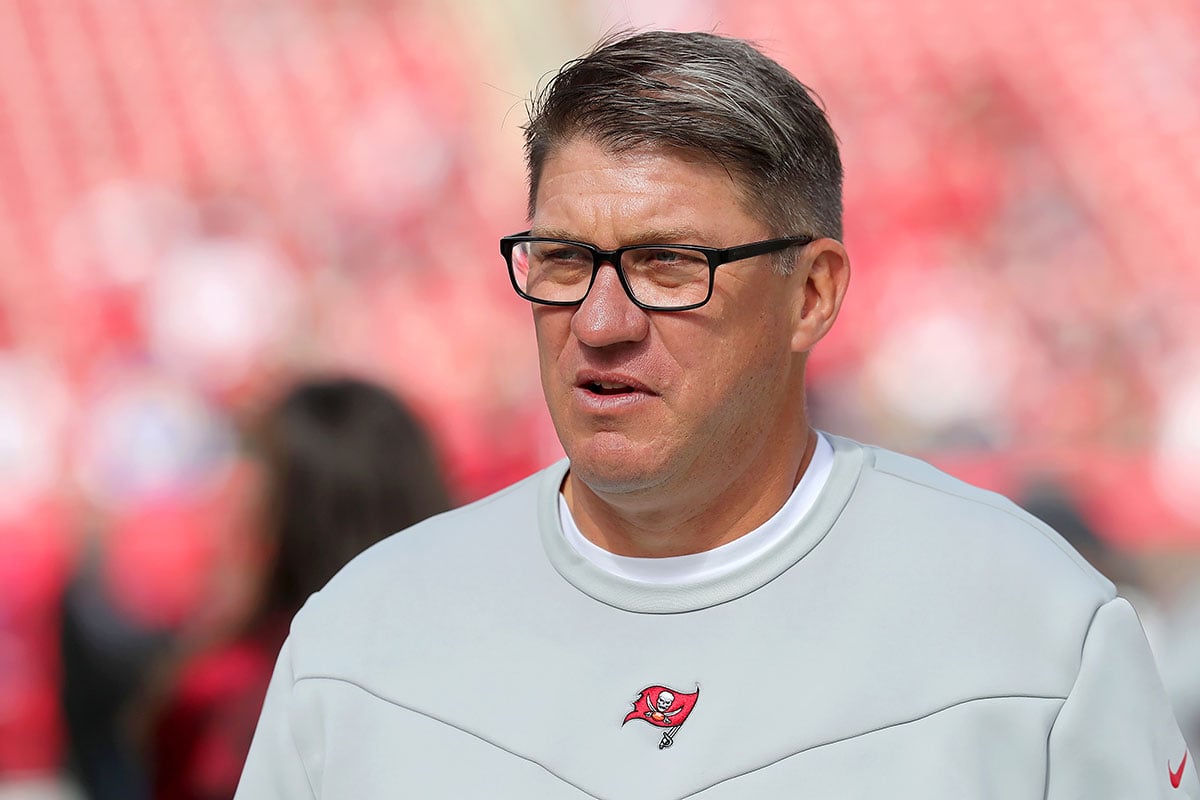 Licht: Bucs Will “Continue To Try To Add Pieces”

During his press conference on Monday, Bucs GM Jason Licht noted that he still had opportunities to bring more free agents into the fold. Licht also made it clear that he did not view the salary cap as an obstacle to the team being able to execute their plans.

“We are extremely happy with the work that we did last week,” Licht said. “But it’s another week this week. Chris [Godwin] talks about taking it day by day. But during free agency sometimes it’s hour-by-hour, or minute-by-minute. We are happy right now. We’re going to continue to try to add some pieces here and continue talks with our players and with some other players and see what we can do.”

Even with all those additions, the Bucs aren’t done yet. Hardly any of the team’s current free agents have signed elsewhere over a week into free agency. In fact, only guard Alex Cappa, safety Jordan Whitehead and tight end O.J. Howard have departed for other teams. 17 Bucs free agents remain unsigned, including starting defensive tackles Ndamukong Suh and Will Gholston, tight end Rob Gronkowski, running back Leonard Fournette and outside linebacker Jason Pierre-Paul. The Bucs are expected to pursue contracts with at least Gronkowski, Suh and Gholston. And on Monday, Licht said the team would “love to have Leonard [Fournette] back”. So how can the Bucs make those moves with limited cap space?

When asked about potentially extending Tom Brady’s contract to potentially free up space, Licht declined to reveal his exact plan. But he did mention the Bucs have multiple options to keep building their roster and stay under the cap.

“Yeah, we’ve got some work to do and we’ve got some plans,” Licht said. “There are several ways of going about it. But right now I don’t want to get into too much of what we are doing. But we’ve got several alternatives that we can do. We are confident that we will be able to get it done.”

The Bucs could open cap space by extending or restructuring the contract of Brady, tackle Donovan Smith and linebacker Lavonte David. The Bucs could also sign linebacker Devin White to a long-term contract that could lower his 2022 cap hit. But Pewter Report has previously learned that the team plans on exercising White’s 5th year option, so that move seems unlikely.

We have the draft and free agency and still need to address RB, (if they can’t agree on money with Lenny) CB, DT, OLB. Another guard wouldn’t be bad idea either. Be interesting to see what we can do. I don’t see them paying JPP big bucks or multi year deal, but maybe he would play on a one year fair deal. If he’s healthy finally that is. It’s now or never with Brady I assume.

But Brady is an actual smart QB who has always realized that by asking for less money from his team, it allows them to put more pieces around him which allows for more success which allows for more money to be made off the field. Prima Donnas like Rodgers and Wilson and Mahomes don’t get that. Extending Brady won’t cost $40m

It’s definitely not a net positive for Brady financially. The secret sauce is Gisele. He got top of the market QB deals multiple times in his career before he married her, actually up until relatively recently. It’s amazing how much less you can care about absolutely maximizing your earnings when you’ve already made an absurd amount of money AND your spouse earns more and is worth more than every current or former NFL player to ever live outside of Roger Staubach.

Have they restructured Donovan Smith’s contract yet? If not, would that help them free up more money?
I’d love to see Gronk, Suh, & Gholston back ASAP.

Agreed on Gholston and Gronk. It honestly feels like Gronk is almost a foregone conclusion. I felt that way even before the barber shop video, but that confirmed it – he’s coming back to play with his BFF. Has to. The total quiet on Gholston thus far makes me think maybe he and the team have already worked it out, and they have a mutual understanding for the team to finish its outside shopping and pursuing new deals with other guys they want to bring back before deciding on an exact structure for his deal and putting pen to paper.… Read more »

Jason, I know you are busy, so I hope my input can help you. I played left guard for four years at the University of Kentucky and then spent the next 40 years in U.S. special operations forces. My cousin was 2nd Team All American at UK in the 1950s. He was a plankholder with the Houston Oilers, he made All Pro with them 8 times, he was elected to the AFL HoF, and he won a Super Bowl ring playing left guard for the N.Y. Jets in 1969; therefore, he and I both focus on the OLine of all… Read more »

Ted, nice read. PR staff, can you leak this to Mr. Licht?

Dman
Reply to  Ted in Tampa

Ted in Tampa
Reply to  Dman

Yeah, my cousin is left guard #61 Bob Talamini. He played the entire offense game and is interviewed several times in ESPN’s 20 for 20 documentary.

For someone who professes to have your football background, you should know that teams can’t just “draft and sign” a player unless it has the overall # 1 pick. If he’s as good a LT as you say, he surely wouldn’t make it to our # 27 spot. You may or may not be aware that some “experts” project him to guard. If that’s the case, he might well be on Jason Licht’s radar. If you actually studied Donovan Smith and compared him to other LT’s in the league you might conclude that he’s pretty good and better than you… Read more »

Ted in Tampa
Reply to  scubog

I’ve watched the Bucs OLine since 2008 and what stood out was #76 Donovan Smith quitting just two seconds into every play. Comparatively, PFF stats are extremely misleading for interior OLine and PFF even admits his on their homepage. The stats that are interesting is that Smith gave up 3 sacks and3 pressures to the Rams in the playoff game. Also, in the 2020 season, Smith led the entire NFL in penalties, and that’s because his technique for pass blocking is so poor. In the 2021 season, Smith led the entire Bucs OLine with sacks allowed. Look how bad the… Read more »

Also, if #76 Donovan Smith is so good, why was he singled out three times last year for Pewter Report’s (in years before it’s been an average of four times) Must Improve Column, with detailed notes about his poor effort.

The first significantly disheartening thing I’ve heard is that we have heavy focus on resigning Suh. I understand Suh’s attitude and leadership have value, but it seems like we place TOO MUCH value on those things. BA and Licht have spoken about our need to add pass-rushing talent to the DL group. Akiem Hicks and Calais Campbell are just sitting our there waiting for the right team to call them up. We took a “run it back” approach last offseason, and we succeeded in truly bringing back every single player we valued at all. This offseason, the only upgrade we’ve… Read more »