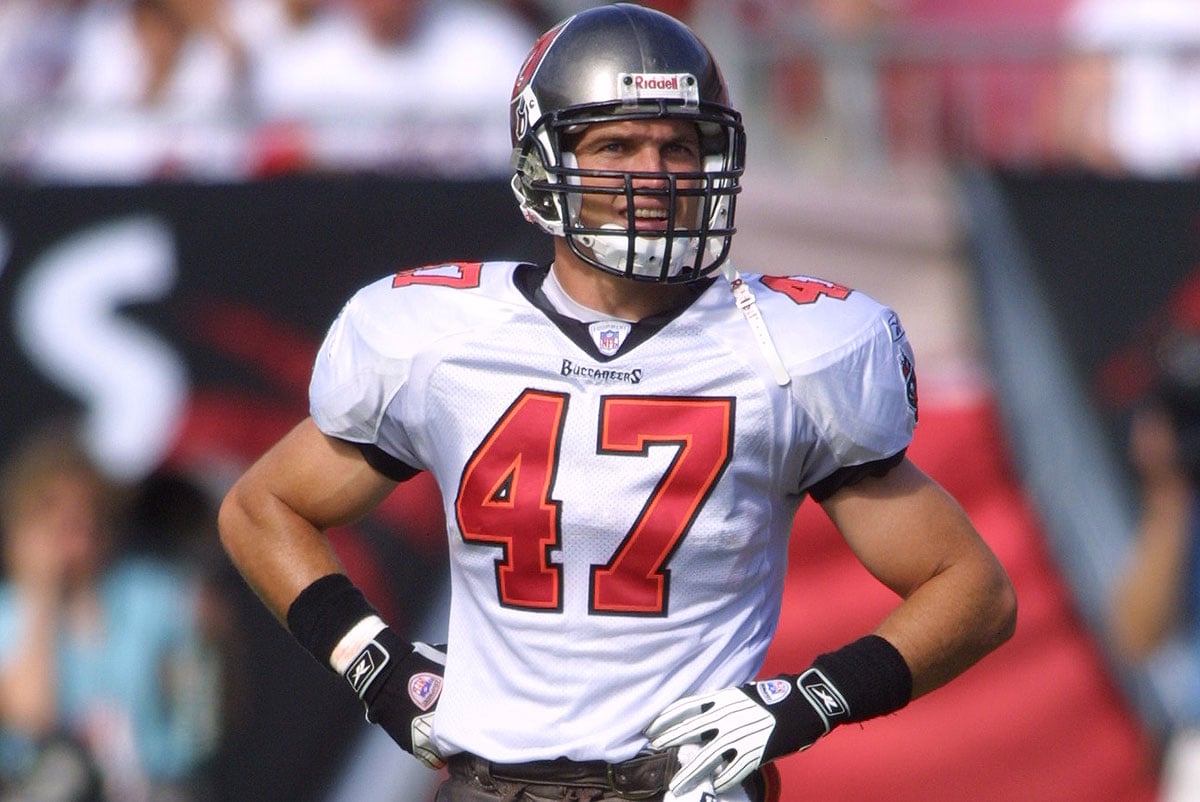 Former Bucs strong safety John Lynch was inducted into the Pro Football Hall of Fame over the weekend. Lynch, who played 11 years with Tampa Bay and made five Pro Bowls in addition to winning Super Bowl XXXVIII, became the fifth member of the Bucs to be enshrined in Canton, Ohio. He joins defensive end Lee Roy Selmon, defensive tackle Warren Sapp, linebacker Derrick Brooks and head coach Tony Dungy as the Bucs’ Hall of Famers.

But Lynch wants one more Bucs legend to be enshrined next – former defensive back Ronde Barber.

John Lynch on player he believes should be in HOF: #9sports pic.twitter.com/HP9o9sgGia

Lynch and Barber played together from 1997-2003 before the newly inducted Hall of Famer moved on to Denver where he made the Pro Bowl four times before retiring after the 2007 season. When asked which player he believes should be inducted into the Pro Football Hall of Fame next, Lynch campaigned for Barber, who played 16 years in Tampa Bay.

“I think this guy’s time is coming, but Ronde Barber was a teammate of mine in Tampa and you look at his numbers, you look at everything,” Lynch said. “I played with the guy, and I saw it firsthand. He’s as mentally tough of a player as I’ve ever been around. The numbers speak for (themselves). I think he – along with Charles (Woodson) – defined playing that nickel slot position. He could blitz and he could cover. He was always around the ball. He scored touchdowns. He’s a Hall of Fame player. He belongs.”

Not only was Barber the longest-tenured player in Bucs history, he also made five Pro Bowls en route to becoming the team’s all-time leading interceptor with 47 picks. Barber also posted 28 sacks, and became the first and only defensive back in NFL history to have at least 40 interceptions and 25 sacks. He’s definitely Hall of Fame-worthy.

The team’s third-round pick in 1997, Barber made the biggest play in franchise history, a 92-yard pick six against Philadelphia in the NFC Championship Game to propel the Bucs to Super Bowl XXXVII. Barber als0 scored 14 non-offensive touchdowns, which is the most in Tampa Bay history and ranks fourth in NFL history behind Devin Hester (20), Deion Sanders (19) and Rod Woodson (17). That’s one more than Hall of Famers Aeneas Williams, Charles Woodson and Ed Reed, who all had 13.

Barber definitely ass the stats to be in the HOF but also his own signature play that should launch him into the Hall. What gives. Where is IRA Kaufman when you need him.