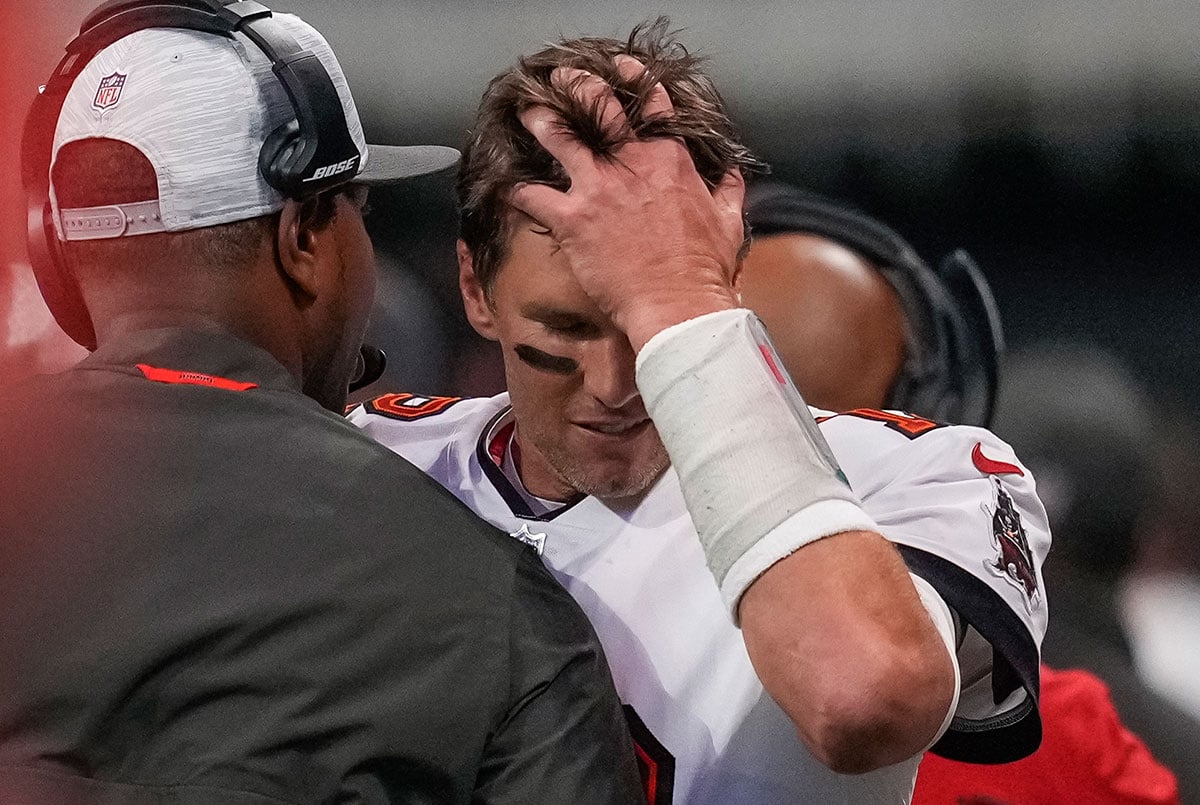 While several NFL power rankings and NFL oddsmakers have the Bucs at or near the top as Super Bowl LVII contenders, that’s not the case with NBC Sports’ Peter King.

In 2020, King correctly predicted the Bucs winning the Super Bowl. This year, he has the Bucs as the No. 6 team in the NFL, and as the third-best team in the NFC.

King has three AFC teams at the top of his list – Buffalo at No. 1 followed by the Los Angeles Chargers and Kansas City. The next three teams are NFC teams in the Los Angeles Rams at No. 4, then Green Bay and Tampa Bay.

This is what King has to say about the 2022 Bucs in Monday’s Football Morning In America column.

I could have put the Bucs ahead of Green Bay. Maybe I should have. I just don’t take for granted that 45-year-old Brady will just pick up where he left off. Even with bottom-feeders Carolina and Atlanta to get fat off, the Bucs will be seriously challenged by the Saints (4-0 versus Brady and Tampa in the regular season in the last two years) for division supremacy, even post-Payton. It worries me, too, that both starting guards, Ali Marpet and Alex Cappa, left in the offseason. Brady’s a statue, and anything that affects his protection is an issue. Career backup Aaron Stinnie and ex-Pat Shaq Mason have big jobs to do at left and right guard.

Have you noticed a trend in the NFC? Every top contender is somehow diminished. The Rams without Von Miller and maybe Beckham. The Packers without Davante Adams. Dallas without Amari Cooper and Randy Gregory. The Saints without long-time coach Sean Payton. Arizona without Chandler Jones, Christian Kirk and, for a six-game suspension, DeAndre Hopkins. The Bucs are part of that trend. They’ve got two new guards protecting Brady, Rob Gronkowski’s future is uncertain, and they might be without Chris Godwin — recovering from Jan. 3 ACL surgery — at the start of the season.

King Is Concerned About Godwin And Gronkowski

King continues about Godwin’s knee surgery, and is rightfully concerned about his availability in early September. He’s also worried about Gronkowski possibly not returning to play in 2022.

The Bucs scored 30 points a game last year, thanks in large part to the chemistry between Brady and Chris Godwin. In his last two full games last season, Godwin was targeted 32 times by Brady and caught 25 passes. We’re all used to Brady figuring it out with whoever he has to catch the ball, and he’ll still have Mr. Reliable, Mike Evans. But if Gronk and Godwin are missing in September … yikes. The Bucs open at Dallas, at New Orleans, Green Bay home and Kansas City home. Not too friendly.

It’s impossible to not like Tampa Bay. The Bucs are 30-9 since Brady walked on campus, and he’s still here, coming off leading the NFL in passing yards. I doubt the coaching change to Todd Bowles will be much of a factor. The schedule might be the biggest factor of all. Other than four against the Panthers and Cards and one against Seattle, I don’t see any fluff.

I’m fine with 6th at the moment. 6th place simply means there are a few question marks (Godwin, Gronk, games against Saints/Rams) but you are within striking distance. It’s summer, so everything is on schedule

That is a fair take. I suppose in due time the team will start to sign some UFAs to shore up weaknesses but it feels like it is better to start early. So, these new UFA additions can be part of the off season programs coming up.

KIng is correct as the Bucs haven’t done enough to shore up the defense and offense yet. Bucs have a very solid and good roster but it is far from great IMVHO.
Need a vet TE OR WR, vet DL, and vet LB.

Just one guys opinion and fair to speculate with all the Bucs changes. Mason is better than Cappa. Gage is a hell of a WR. The team is better with Gronk of course but he’s not going to make or break this team. I see Bucs as being as good on offense or close to it and potentially as good or better on D depending how some guys like JTS and Hall do. If they stay healthy especially Davis and Dean the CB position should be better. I think Bucs wanted Logan Ryan as insurance if SMB continues to stink… Read more »

That’s why they play the games.

Scott what’s your definition of ranked low? Because being the #6th best team in the league ranks pretty high book.

Agreed.
Especially with a good but not great roster.

6th is just fine, I feel like the Bucs have always operated better while not being handed the keys. Let them prove King wrong. I mean the concerns aren’t invalid. There are some unknowns, but where there are questions I also think the positive lies is in the upside. I think the difference with Godwin at this point is we know going in it will be an issue. Having Gage with actual up and coming experience could lead to him playing the Slot just as well or close enough to it for all we know than any answer we had… Read more »

Everybody keeps putting Buffalo on top of their rankings. One day they might earn being there. Don’t get me wrong, great team, but outside of winning their own crappy division,what have they done? We beat them, K.C. keeps beating them. You want to crown their ass?

AFC East is hardly a “crappy division” – their number two team – New England – had a better record than our own NFC South division no. 2 team, the Saints. And the Bucs only beat Buffalo at home in overtime. We lost twice to our own no. 2, while Buffalo split with their no. 2 in regular season and then beat them in the playoffs So what does that say about us winning our own “crappy division”? Buffalo was a good team last year, and is expected by most (including the world of Las Vegas bettors) to be a… Read more »

Miami, Buffalo and NE all made massive upgrades this off season. NEJ made upgrades too but their QB position may still hold back their true potential.

Last 2 years the Jets, Miami, and N.E. have been garbage. Yes they’re getting better, but Buffalo is far better than anyone in their divison. When it counts in the playoffs they’ve sucked.

King even starts the article off with how bad he is at ranking teams this early. I get the reason for making these lists, but one injury in training camp or early in the season can drastically change the season for a team. I hate these lists, but during this time of year- outside of FA signings- there’s not much to really report…so these guys have to give us fans something to talk about.

Here’s my concern, Brady & Defense; we seem to be focused elsewhere. Brady is 45; is he mentally ready besides physically ready as he appears to be mostly focused on his Post Life after the Bucs? Did we do enough on Defense; I don’t think so. This is some schedule we are faced with. I sure hope Trask is ready to play some as I don’t see Brady making it thru the season. Just my opinion, based on what I have seen this off season.

I do not believe the Bucs did enough to upgrade the defense. I like the young guys on defense and I believe they will make strides. But it still will not be enough. Bucs need to sign 2-3 vets on defense in the front seven to be taken seriously with this schedule IMVHO.
Offense is ready to roll with Gronk as the question mark and maybe another vet WR.

One person’s pre-season rankings are nothing to get worried about. There’s a lot of guessing for anyone trying to forecast the coming NFL season.
And Nostradamus he ain’t.

Gronk concerns me, but I am more worried about what kind of Defense we will have without Suh and JPP. I realize JPP is seeing the field less and less but he is a big-time playmaker when he is hot, and Suh is still playing like he was 25 instead of 35. I think until the rookie plays in a game or two, we need to keep those guys.

Firstly, I really couldn’t care less about Peter King’s ranking or anyone else’s ranking. Coming in at # 6 is meaningless, but it’s far easier to swallow than all of those years the Bucs would be dead-last or a toss-up for that dubious slot with the Lions, who never seem to escape from the cesspool.

If Peter King is right, it will be the first time in a long career of getting it wrong.