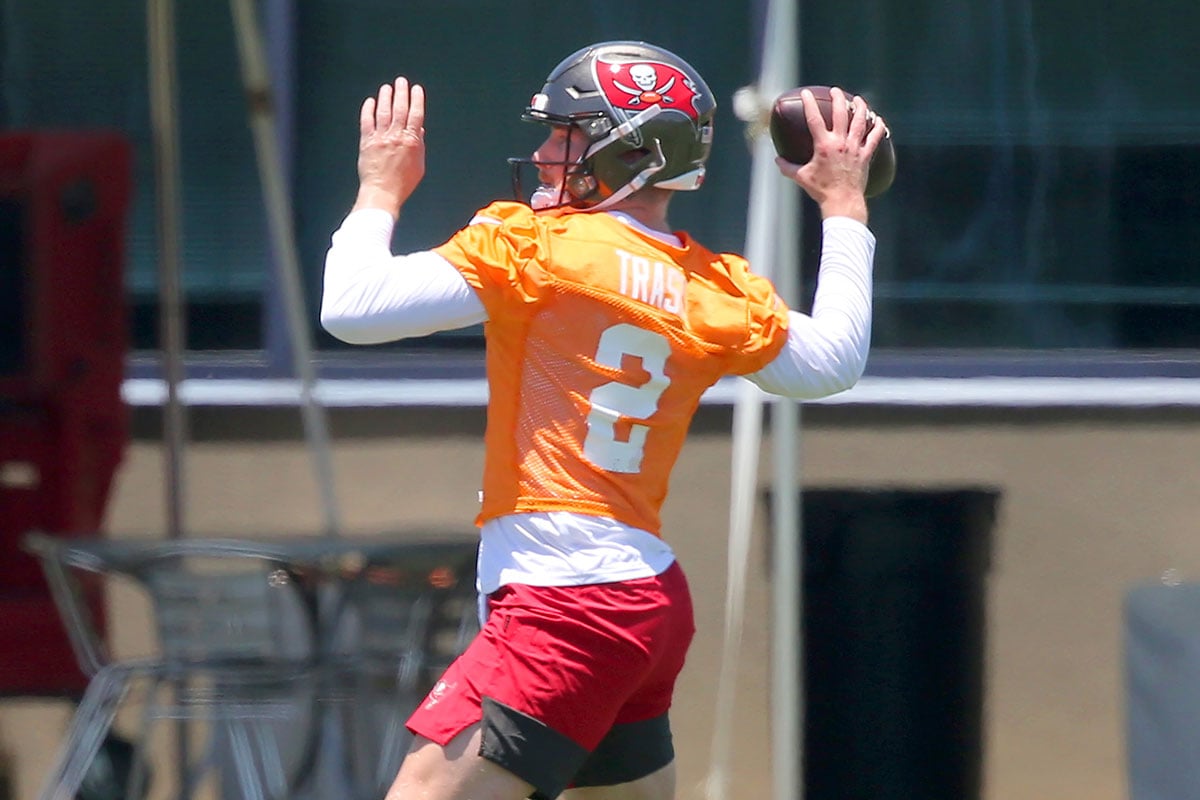 According to the NFLPA, Bucs QB Kyle Trask and WR Jaelon Darden will be featured in the upcoming 2021 NFLPA Rookie Premiere. It will be the largest class in 27 years of the event, where players will learn about the business side of the league and how endorsement deals work in the NFL.

Introducing the LARGEST Rookie Premiere Class in 27 years 📈 With @PaniniAmerica some of the most promising and marketable new NFL players are selected to learn the business of football + jump start their endorsement careers.
FULL LIST: https://t.co/FGKdQ3qEgW pic.twitter.com/stH6jyR1pD

Only a few defensive players are selected every year, due to the playing card background of the event. Trask will be one of nine quarterbacks at the premiere, while Darden is one of a whopping 23 wide receivers. Both Trask and Darden will begin the first big chapter of their NFL careers on Tuesday when they report for mini-camp, the Bucs first mandatory offseason program.

The Rookie Premiere will likely be held sometime in July, although no date has been announced at this time. Typically the event occurs in the summer in Los Angeles, but COVID-19 precautions caused the premiere to be canceled last year.

With the way you guys are overhyping Trask I can see a long career much like OJ Howards and ASJ, two other players you have overhyped.

The pathetic dude has a mental illness wherein every time “Kyle Trask” is mentioned he has an episode of stupidity.

Those of you that keep dissing Kyle Trask might very well be disappointed. While I understand that 2nd, 3rd or later round QB draft picks rarely succeed, this Trask guy to me has the it factor. He doesn’t possess all the attributes of the prototypical all american quarterback, what he does do well is win. The guy is a leader, winner and is incredibly accurate.
I think he has as good of an opportunity to succeed as any drafted QB, time will tell.