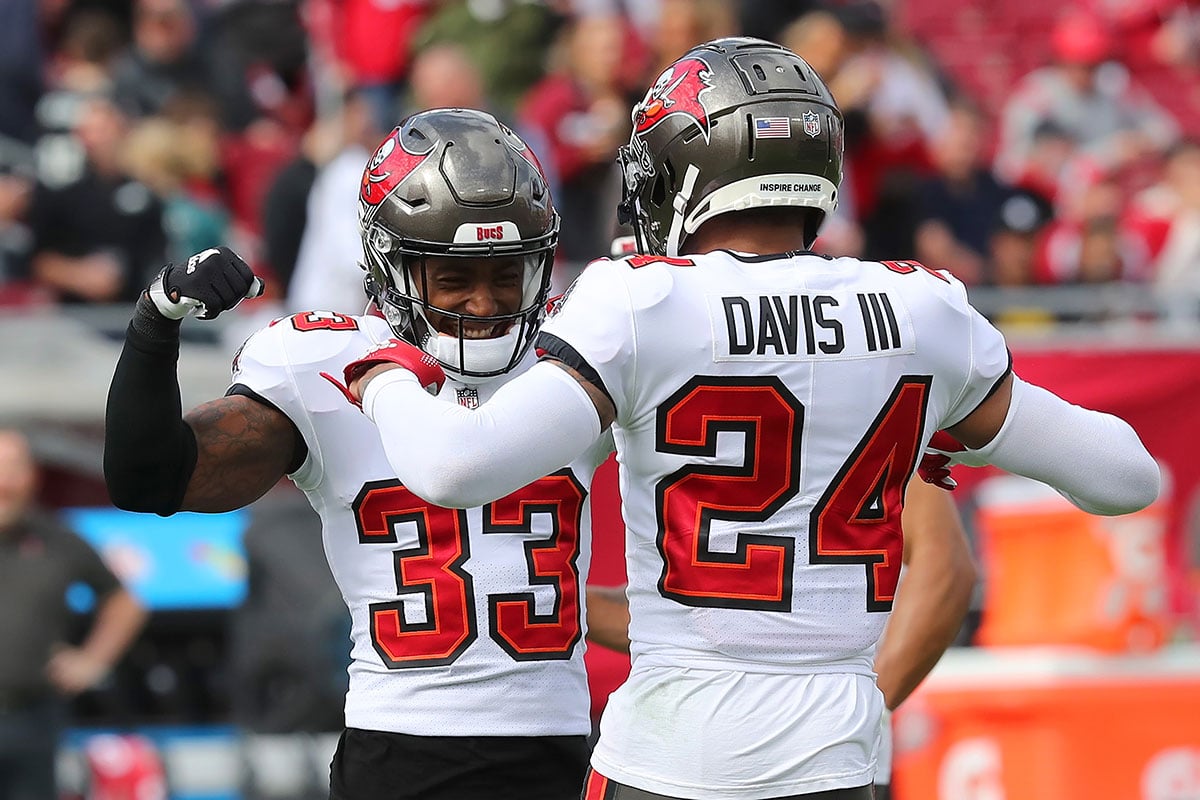 On Monday, March 14 at noon EST, Bucs GM Jason Licht will begin one of his most pivotal weeks as Tampa Bay’s front office leader. The Bucs have nine starters slated to hit free agency, including five on the defensive side of the ball. Cornerback Carlton Davis highlights the group, after the Bucs opted to use the franchise tag on wide receiver Chris Godwin last week. Davis will command significant offers as one of the available cornerbacks in free agency.

But he’s far from the only key free agent Tampa Bay wants to retain. Center Ryan Jensen and right guard Alex Cappa become even more important after the retirement of Ali Marpet. Jensen would love to stay in Tampa Bay, but he’d also love to become the NFL’s highest paid center. And Cappa is set to command big money too. The Bucs would love to keep safety Jordan Whitehead and running back Leonard Fournette as well. But they won’t pay to retain everyone this offseason.

Will tight end Rob Gronkowski retire? If not, does he leave Tampa Bay to play elsewhere? Does defensive tackle Ndamukong Suh?

With free agency looming, the Pewter Report staff got together to make their predictions on which Bucs are re-signed this offseason. Names marked with a ‘Y’ in a green box means that staffer believes the player is being re-signed. Players in rows with red ‘N’ boxes are projected to sign elsewhere. 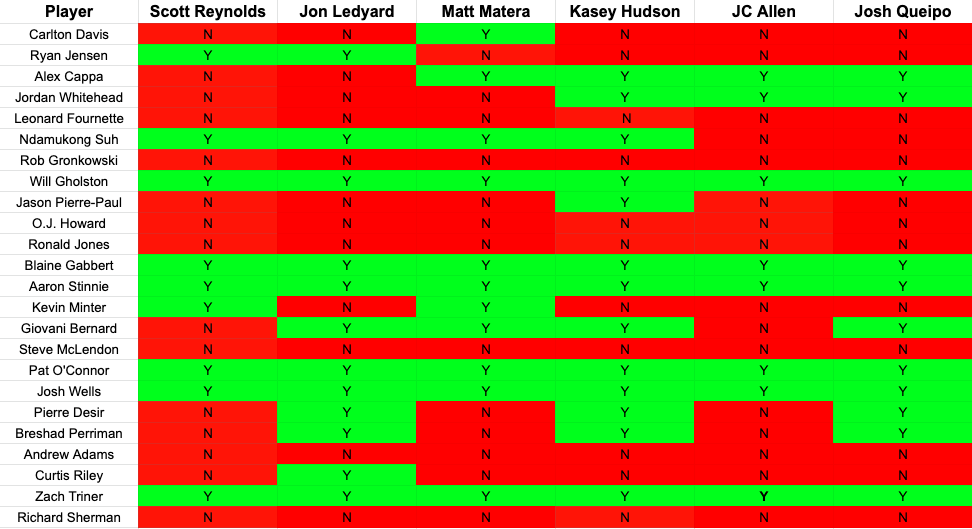 Where do you see Curtis Riley on the current Buccaneer roster? Never appeared all of last year and isn’t on it now as far as I can see.