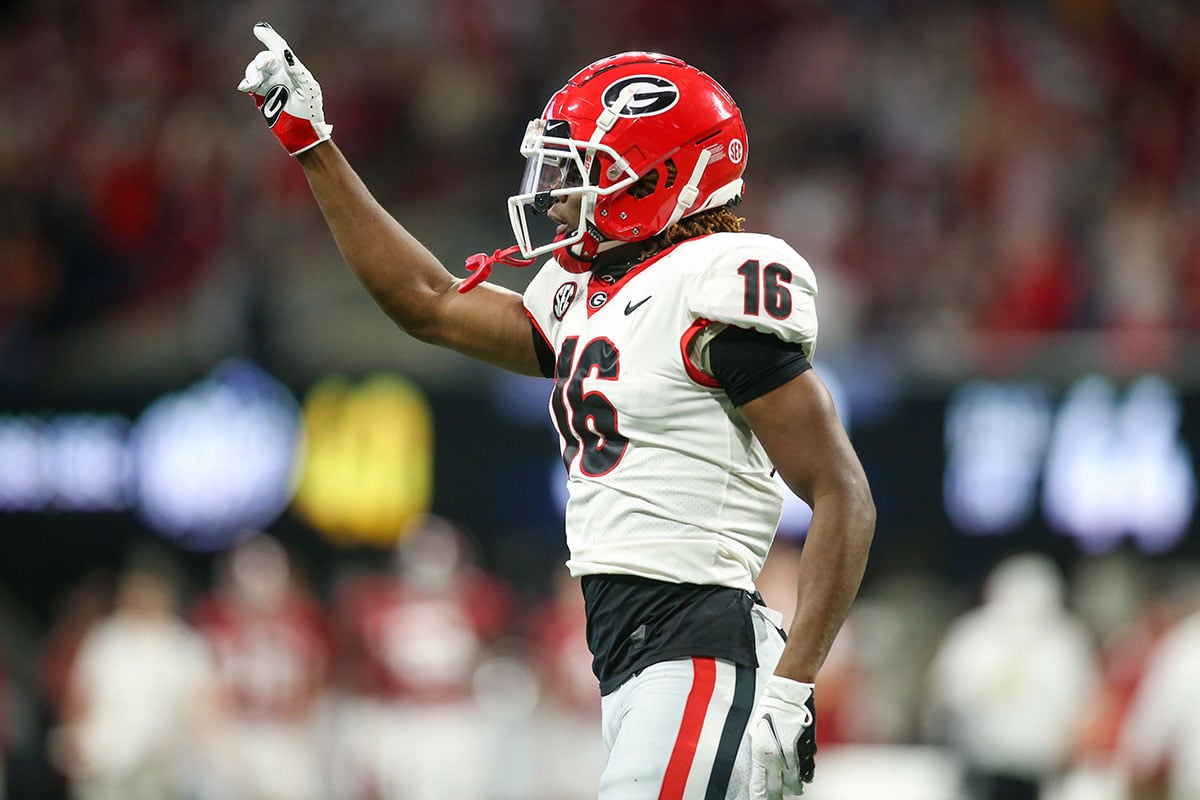 The Bucs have had a busy offseason bringing in draft prospects for Top 30 pre-draft meetings, including several defensive players. Among them has been Georgia defensive tackle Devonte Wyatt, Houston defensive lineman Logan Hall, Oklahoma defensive tackle Perrion Winfrey and Auburn cornerback Roger McCreary. The list now includes one of the top safeties in this year’s draft class – Georgia’s Lewis Cine.

According to ESPN’s Jenna Laine, the Bucs met with Cine on a Top 30 visit.

The Bucs hosted Georgia safety and 2022 national championship defensive MVP Lewis Cine for a top-30 visit, per source. I asked GM Jason Licht if signing Logan Ryan and Keanu Neal precluded them from drafting a safety and he said, "No."

Cine’s stock is on the rise after he was the MVP of the National Championship Game. He had seven tackles, a tackle for loss and a pass breakup in the win over Alabama. He blazed a 4.37 at the NFL Scouting Combine, which put him in contention for first-round consideration. The 6-foot-2, 199-pound Cine is the second-ranked in the 2022 NFL Draft behind Notre Dame’s Kyle Hamilton.

Cine lead the Bulldogs defense with 73 tackles last year and finished his three years at Georgia with 144 stops, 14 pass breakups and two interceptions. With defensive coordinator Todd Bowles, a former NFL safety, taking over as head coach, Cine is a viable option at No. 27.

The Bucs have an open spot on their depth chart at safety. Starting strong safety Jordan Whitehead left in free agency. Andrew Adams won’t return. Veteran Keanu Neal signed to a one-year deal and is penciled in as Whitehead’s replacement. If the Bucs drafted Cine he wouldn’t be under pressure to come in and start right away. He could rotate with Neal as a rookie unless he beat him for the starting job.

I would a good with him I’m the first. I’d prefer a good CB falls to us like Booth, but Cine wouldn’t suck one bit.

I know they’re just doing their due diligence. But I’m starting to think we’ll be going DB at 27.. Cine would be a fine one. It’d be hard to complain about adding any of the Bulldogs top defenders..

Isn’t he a bit too light to be a safety?

Size doesn’t matter when you are Playmaker like Cine, ever heard of Buddha Baker? Licht was extremely high him in 17’ then OJ Howard fell down the draft board.SMH

I’d be happy with any top defensive pick in the first round. If they blow this pick on o-line they are idiots.

why? Oline never seems to be a bad way to go in 1. round. You are ok with Stinnie heading into the season?

You got to stop listening to Ledyard man! What’s Wrong with Aaron Stinnie? The guy has stepped up every time the team has called on him. There isn’t a guard in this draft that would start over Shaq Mason or Aaron Stinnie. Bucs have to get younger & cheaper along the defensive front and honestly if Brady hadn’t returned cheaper & younger along the offensive line.

The first choice for the 1st Round would be DT but if the best ones are gone I’d be fine with them going 1-DB and 2-TE. We need a TE and preferably a do it all RB from this Draft and everything else can be Defense.

I’d be happy with Cine but will bow to Licht’s judgment on the matter. He’s been doing a fine job of drafting lately.