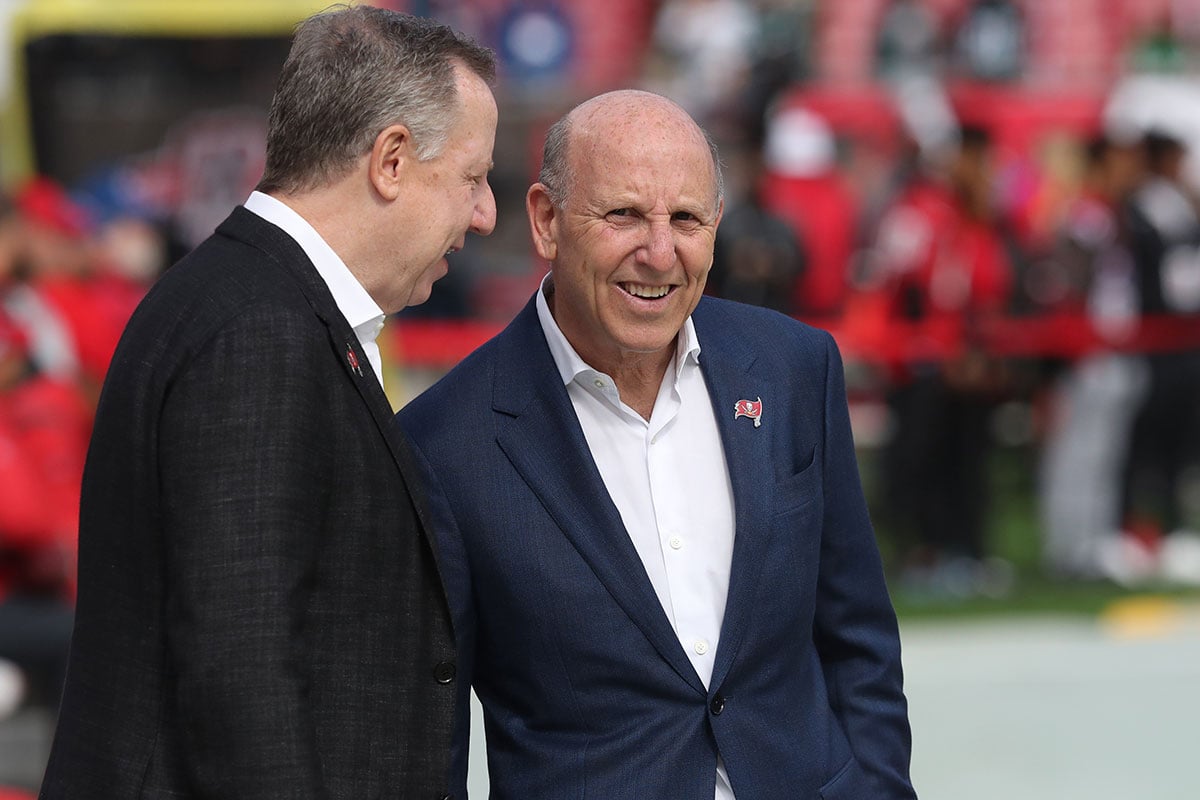 The Bucs’ 2022 NFL schedule won’t be released until after the draft in May. But we know when Tampa Bay will travel to Germany.

A now-deleted tweet from the U.S. Consulate on April 7 said: “met to discuss the playbook for the NFL’s engagement in Munich during the run-up to the Nov. 13 regular season game #AllianzArena and the @buccaneers…! #AmericanFootball #USinBavaria”

A game on November 13 would correlate to Week 10 on this year’s NFL schedule. The league’s practice of granting a bye week following an international game would mean that the Bucs’ bye week would be later in the season in Week 11. Tampa Bay had a late bye week in Week 13 in 2020 before winning Super Bowl LV. This will make the NFL’s first time in Germany for a regular season game. That means the Bucs will be making history in Munich. Tampa Bay’s opponent remains unknown, but could very well be the Panthers. Carolina and Tampa Bay are two of four teams designated by the new International Home Marketing Areas for Germany.

Because the Bucs are the host team in Munich, they’ll play eight games at Raymond James Stadium in Tampa. Then they’ll have another “home game” over in Germany. Tampa Bay’s home opponents this year include, Atlanta, Carolina, New Orleans, Baltimore, Cincinnati, Green Bay, Kansas City, Los Angeles Rams and Seattle. Bucs chief operating officer Brian Ford already said that the Packers won’t be a candidate to play in Germany. Tampa Bay chose Green Bay as a protected game that will be played at Ray-Jay in 2022.

This year’s game in Munich will be the Bucs’ fourth international game in the regular season. The first three – all losses – were played in London in 2009, 2011 and 2019.

Not a fan of these “oversea” games at all. It’s the national football league, not the international league. Just another money grab by the NFL. It’s also very physically taxing on the players and gives the terrorists another USA target.

Terrorists! Put on your tinfoil hat. Security for an NFL game both in US and Europe is tighter than any top flight soccer game in Europe – don’t need clear plastic bags for any other sporting event. I agree this is crappy for real fans in Tampa and it is a transparant money making/ marketing exercise. Despite that, I will happily take a $120 return 1 1/2 hr flight to Munich on this occasion over a a $900 dollar 8 hr flight to Tampa (or Atlanta as it was last season). Never thought I would get to see Brady play… Read more »

I thought it was decided that we would play Kansas City in Germany?

Bahhh Hamberg..or humbug. Whatever. Never have been a fam of teams playing overseas. Long trip just to play a game. It is what it is though.

Since I’ve never missed a home game, including the London debacle in 2019, we’ll be going to Germany for this one too. Hope the weather is better than it was in England.