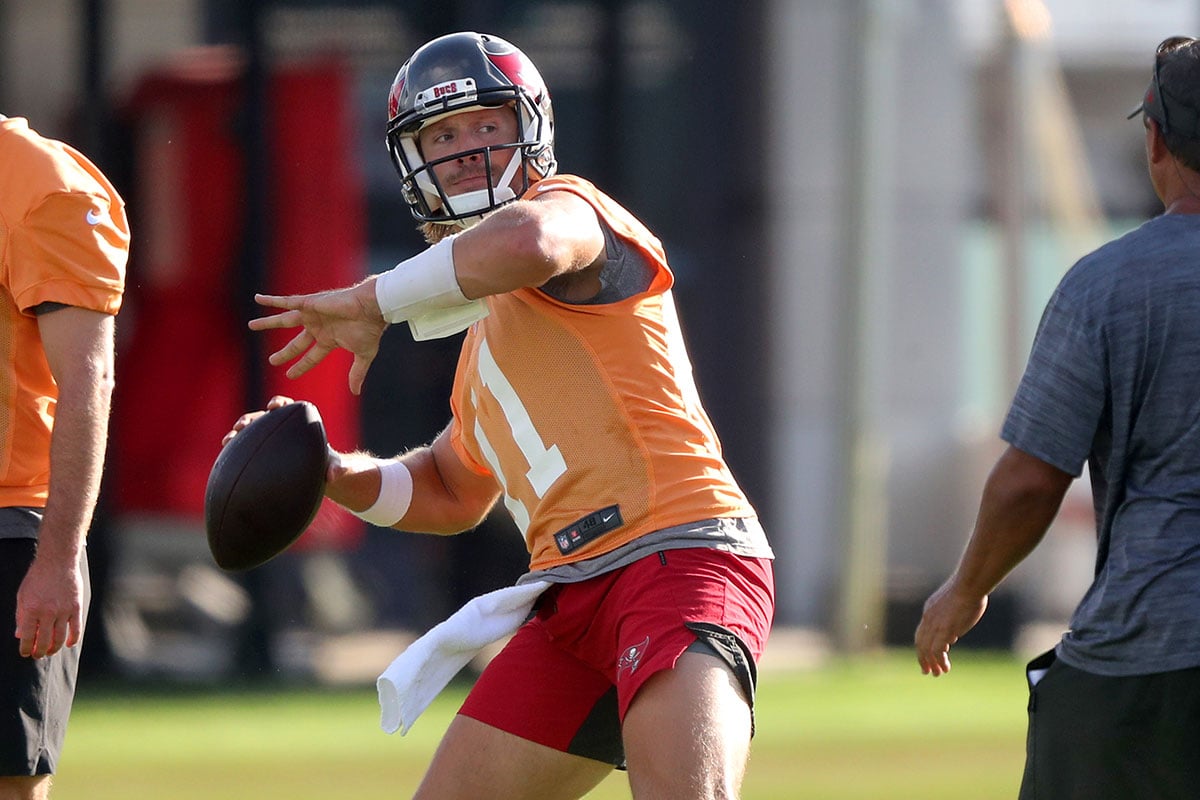 If you thought one session of joint practices for the Bucs was good, two is even better! According to Greg Auman of The Athletic, the Bucs will be hosting the Miami Dolphins for a couple of training camp practices before their August 13 preseason game.

Bucs have a second batch of joint practices coming in August — they’ll work with the Dolphins in Tampa ahead of their preseason opener. Doing the same with the Titans in Nashville.

Tampa Bay is already slated to head to Nashville and have joint practices with the Tennessee Titans. It concludes with a preseason game on a date that is still yet to be determined. The Bucs hosted the Titans last year for joint practices in Tampa.

This is the first time that the Bucs and Dolphins had joint practices together since 2019. That was the first year with Bruce Arians as head coach and Todd Bowles as defensive coordinator. Now with Bowles as head coach, he’ll get a look a his team through competition with different opponents. It’s a nice change of pace rather than the monotony of teammates playing against each other.

Joint practices do bring a new element of excitement competing against another team. You get to see your starters play against the best talent from adversaries, and the intensity seems to get ratcheted up. The Bucs have one home preseason game against the Dolphins and travel to Tennessee and Indianapolis for the other two contests.