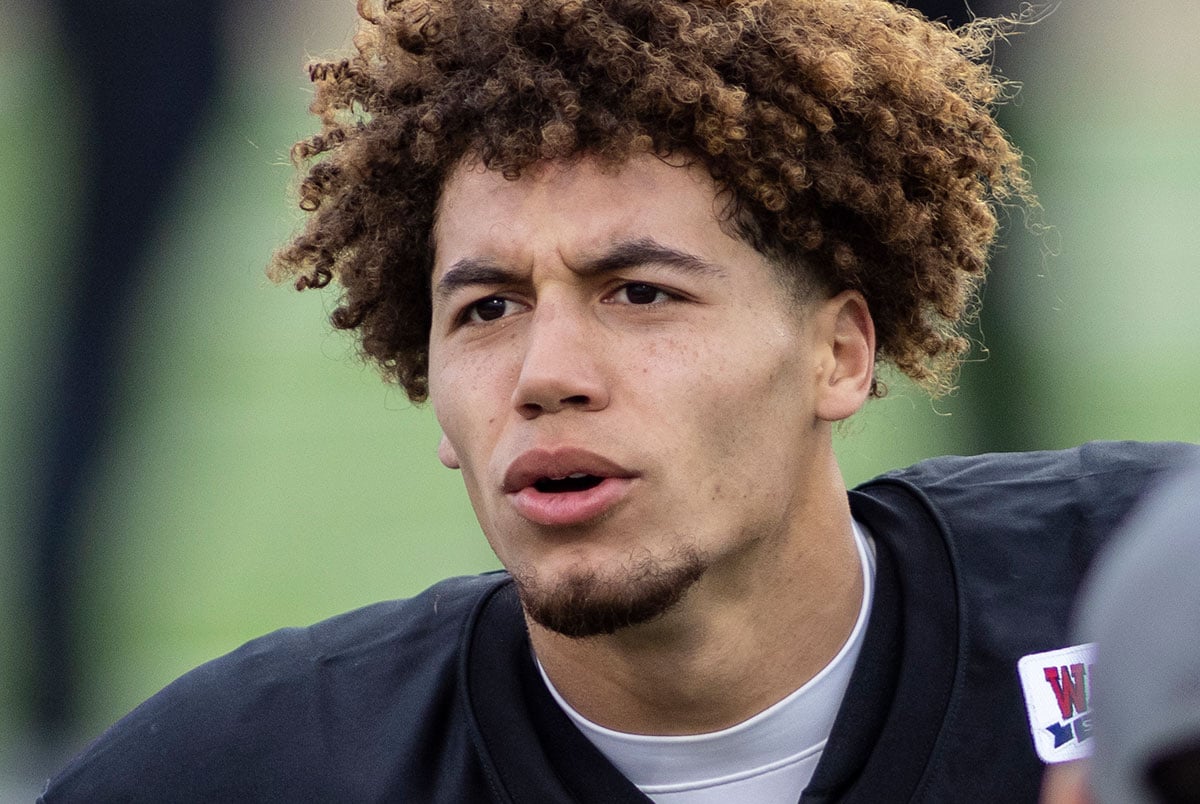 The Bucs had just six picks entering the 2022 NFL Draft. Tampa Bay kicked things off with a trade to acquire more picks on Day 1 by trading out of the first round. The team continued that trend into Day 3 when it traded a 2023 fourth-rounder to move back into the fifth round to take Sam Houston State cornerback Zyon McCollum.

Speaking with the local Tampa Bay area media after he was selected, McCollum recalled telling a Bucs scout at the NFL Scouting Combine he would run a 4.3 40-yard dash. After hearing that, he said the scout responded if he ran sub 4.45, Tampa Bay was going to draft him.

“At the Senior Bowl, [Bucs] area scouts were asking me what I was going to run at the Combine [with] my speed,” said McCollum. “I told them I was going to run in the 4.3 second [range]. Worst case scenario – 4.4 low. They kind of looked a little shocked. They said, ‘If you run sub-4.45, then we’re going to draft you.”

Vice president of player personnel John Spytek spoke after the draft. In fact, Spytek recalled talking about the conversation McCollum had with Donovan Cotton, the scout who interviewed him. “I guess he accepted that challenge, huh?,” Spytek said. “We had a good laugh at that. That was Donovan [Cotton], our southwest scout, who interviewed him at the Senior Bowl. I think what Donovon meant was, if you can do that, we’ll take you and you’re our kind of corner.”

McCollum made good on his word, running a 4.33 40-yard dash at the Combine. The 6-foot-2, 199-pound cornerback did more than just run fast. He posted the best Relative Athletic Score of any cornerback in Combine history. After that performance, McCollum said the Bucs texted his agent to let them know they wanted to draft him.

“After the Combine – I think the night I had that performance at the Combine – they texted my agent and said, ‘Zyon McCollum is going to be a Buccaneer’,” McCollum said. “So, I just took it with a grain of salt. But it actually came true. They weren’t lying.”

McCollum Is The Bucs’ Type Of Cornerback

McCollum’s unique blend of size, speed and athleticism, as well as his production, certainly caught the Bucs’ attention. Physically and athletically, he is exactly what they look for in a corner. Over his five years in college, McCollum racked up 10 tackles for loss, six forced fumbles, 54 pass breakups and 13 interceptions.

It took a trade of a future fourth-round pick to land him, but the Bucs made good on their word, too. Now McCollum will join a loaded corner room with the opportunity to contribute on special teams as a gunner right away. Eventually, he could compete for a starting spot next season. Jamel Dean, Sean Murphy-Bunting, Ross Cockrell and Logan Ryan are all free agents after this season.

They are so confident that they can keep their word to draft him by trading back to the 5th round before selecting McCollum? What foresight or was it hindsight? That said, this kid is a steal, he is going to be great for us.

How about punt and kick returns, not like Jaelon Darden is doing us any favors, in fact he is a disaster waiting to happen, one of his stumbles is going to lead to a lost ball.

If he can keep up at the NFL level and develop the intuitiveness on the field that is required to succeed, Davis, Dean and McCollum could make a dangerous Trio down the line that nobody can get past. 5th round yes, not a big school yes, but those numbers are intriguing.
Camp is gonna be pretty exciting with Hall, Goedeke, Otton, McCollum and White all having a path to playing time. Both significant and/or at least impactful.

The stats look great but He’s a fifth rd pick for a reason. Speed etc isn’t all that makes a starting CB. Hoping he has the other intangibles, smarts, drive, etc and maybe can become a starter, but who knows. He likely is special teams for a while.

This guy can ball. Might become a training camp favorite.