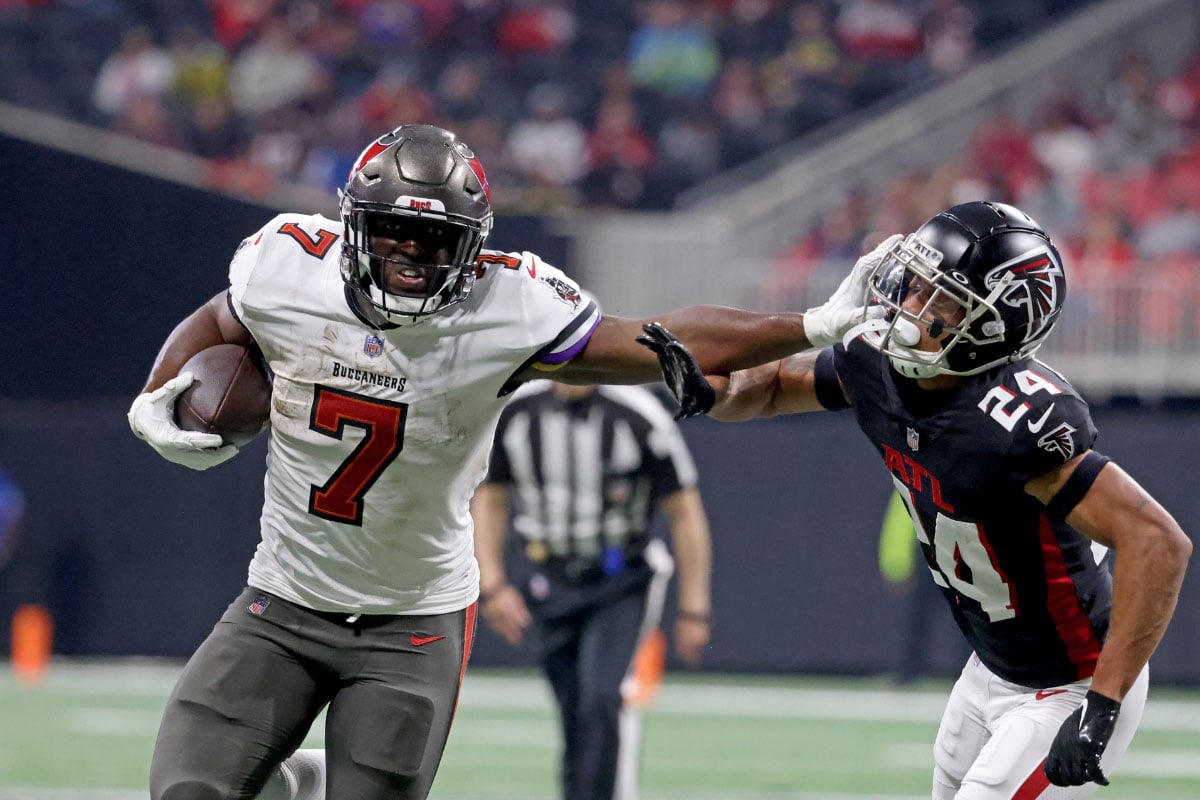 Bucs running back Leonard Fournette had one of the better all-around seasons of his career in 2021. After becoming a playoff hero and earning his “Lombardi Lenny” nickname, he blossomed into a true three-down back for Tampa Bay over the course of last season.

He out-snapped Ronald Jones II by a wide margin and took over the reins of the backfield. In fact, offensive coordinator Byron Leftwich recently talked about how hard it is to take him off the field.

“Why it’s tough to get Lenny off the field [is] he’s a three-down back. He’s a smart guy. He and Tom [Brady] can play ball. They can play ball together,” Leftwich said. “That’s why it’s hard to really get him off the field, because of what he brings and the connection that him and Tom [have]. I think it’s unique.”

Fournette’s chops as a receiving running back really were the key in 2021. He ran for 812 yards on 180 carries (4.5 avg.) and found the end zone eight times on the ground. But as a pass-catcher out of the backfield, he was a key cog in Tampa Bay’s offense. In 14 games, he totaled 69 catches for 454 yards and two scores, marking the second-best receiving season of his career. His 1,266 total yards and 10 total touchdowns paint the picture of him proving that he’s a complete back.

So, given the season that he just put together and the fact that he’s fresh off of signing a three-year, $21 million deal to remain with the Bucs, Fournette is probably getting a lot of love nationally, right? Well, not so fast – at least in the case of Pro Football Focus’ 2022 running back rankings and tiers.

No Love For Fournette In PFF Rankings

Ben Linsey of PFF released the site’s running back rankings and tiers earlier in May, and Fournette’s name is notably absent. Now, no one would’ve expected to see him in the “Elite” tier with the likes of Jonathan Taylor or Nick Chubb. He wouldn’t necessarily fit in the “Elite When At Full Strength But Slowed By Injuries” category either. Derrick Henry, Christian McCaffrey, Dalvin Cook and Alvin Kamara fill out those spots. But from there, you would expect Fournette to be in the mix. 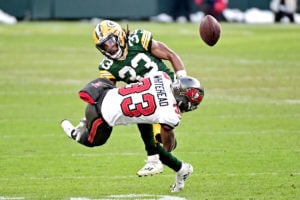 PFF’s third tier is comprised of “Good Starters.” The No. 7 overall spot goes to Aaron Jones, then Austin Ekeler and Joe Mixon fill out the No. 8 and No. 9 slots, respectively. But then that’s it. Fournette, the man of more than 1,200 total yards from scrimmage and double-digit touchdowns last year, doesn’t rank in the “Good Starters” classification.

The rankings list then goes on to rank tier four running backs, which are “Elusive Backs On Rookie Deals.” Obviously, Fournette isn’t on his rookie deal, so he’s understandably not included there either. That means Josh Jacobs, Najee Harris and Javonte Williams occupy the No. 10, No. 11 and No. 12 spots on the list.

Tier five is made up of players who are needing to bounce back from injury, which doesn’t describe Fournette. That leaves Saquon Barkley, Chris Carson and Ezekiel Elliott to take the next three slots on the list.

Even if you agree that Fournette shouldn’t be in tier three as a “Good Starter,” you might expect him to pop up in tier six, which consists of “Solid Starters.” Well, think again. James Conner, Damien Harris, Miles Sanders, David Montgomery and Devin Singletary round out the list of Linsey’s Top 20 running backs heading into 2022. Non-starters such as Tony Pollard, Kareem Hunt and A.J. Dillon then got honorable mentions.

So, Why Was Fournette Snubbed?

Given the run of form Fournette is on – dating back to the Bucs’ run to the Super Bowl and continuing throughout 2021 – it’s hard to understand why he isn’t on PFF’s top 20 list. He proved to be more than just a “solid starter” last year and was near the upper echelon of backs in terms of production. With PFF rankings, the site’s grading system has to be considered. Could Fournette’s grades from 2021 be the reason for his snub? It’s not likely. Fournette’s overall grade of 75.1 ranked him No. 21 among all running backs in 2021. But the caveat there is that players with far lower snap counts – such as Pollard, D’Ernest Johnson, Rhamondre Stevenson, Rashaad Penny and Khalil Herbert – rank ahead of him. They all meet PFF’s snap count minimum, but it still skews everything just a bit. Fournette’s rushing grade of 80.0 ranked him No. 15. His 64.8 receiving grade and 56.3 pass block grade might’ve factored in, but out of all of the backs that Linsey mentioned in his list, he only mentioned blocking one time, and that was for James Conner.

That receiving grade, which feels low, is still higher than plenty of the players ranked ahead of him on PFF’s tier list. He posted a better mark than Chubb, Mixon, Jacobs, Ekeler, Taylor, Najee Harris, Elliott, Cook and Singletary. And his overall grade, though No. 21 among all running backs, still placed him above Sanders, Montgomery, Najee Harris, Elliott, Singletary and Cook.

So, on the whole, it’s hard to see PFF’s grades being the reason for his snub. And if it wasn’t the grading system, what was it? It certainly wasn’t a lack of production or health.

I think “solid starter” and top20 back sounds about right. He get’s what is blocked for him and doesn’t make many mistakes. I don’t think he generates a whole lot on his own or brakes many tackles.

That’s my problem with Fournette. He’s not a very dynamic runner. Jones actually showed more vision and patience in his running, when Fournette gets a good run it almost always seems like yards anyone could have gotten in that situation. Now I think you could say that about a lot of RB’s, and he seemed to have been forgotten on this list. I also am happy with the way he played last year and happy we at least have someone like him on the roster, but I am also very excited we picked up someone like White. White may need… Read more »

I feel the same. Ranking seems about right. He’s better than average for sure but not elite. I would say he’s a good starter, not average.

Was never enamoured with him. I think he is an ok back not bad by any means just not dynamic doesn’t have great vision doesn’t really do much after the catch. He had good production with Tom but I I think it’s more because of tom than him don’t think he would have had nearly as much production with anyone else.