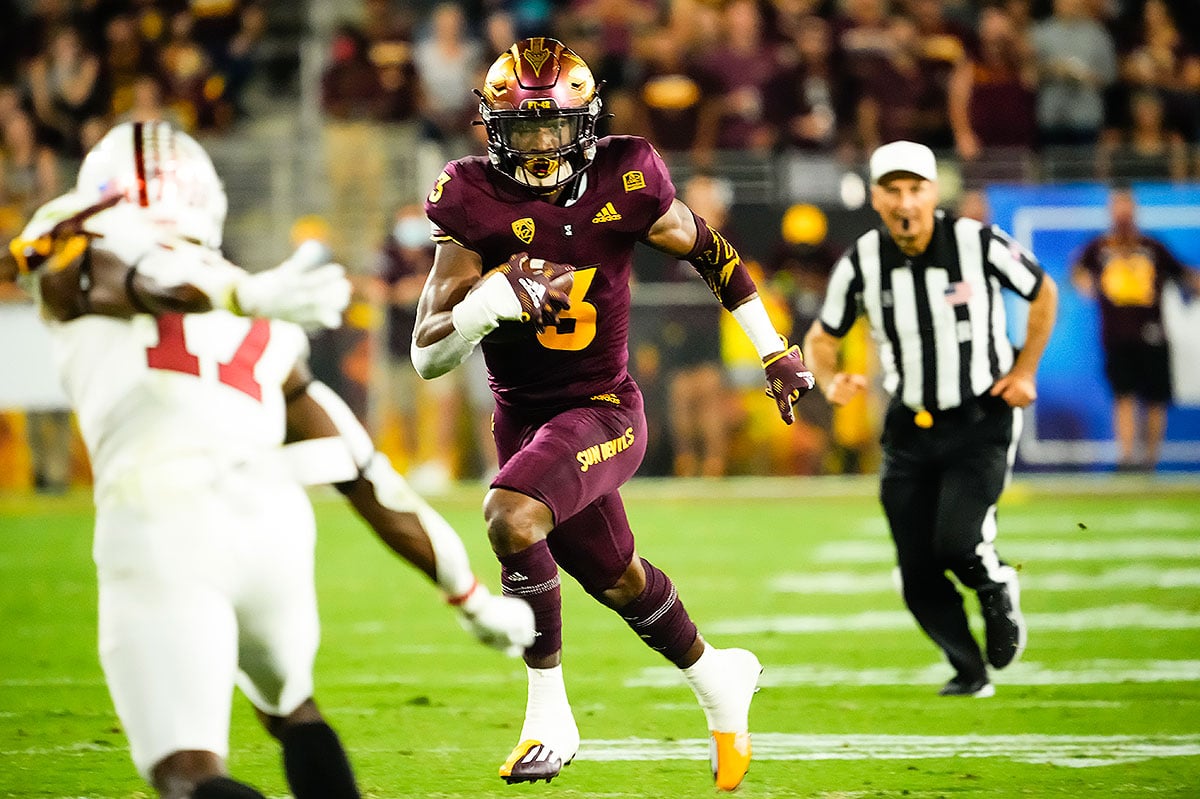 One of the coolest parts of the NFL Draft weekend is when prospects get the phone call by teams telling them they’re about to be drafted. The Bucs made a total of eight selections last week. We’ve already seen sixth-round tight end Ko Kieft’s reaction to getting the life-changing call. Two more videos have been posted capturing two of Tampa Bay’s mid-round selections draft moments.

A Weapon Out Of The Backfield

The Bucs drafted Arizona State running back Rachaad White in the third-round with the 91st selection. White has drawn some lofty comparisons to Le’Veon Bell and even Marcus Allen. Whether he lives up to those comparisons remains to be seen. But he’s ready to work hard and do everything he can to help the team win.

“For me, the best thing I believe I bring to the Bucs is a guy that works hard,” White said. “You guys have a bunch of guys in the building already that work hard. I feel like with me, you just added another one. A guy that is very humble and hungry. I know [the Buccaneers] stature and what [they] have [done], and what [they] have planned and the coaches and things like that. I feel like I bring a lot of good play-making, catching the ball out the backfield and really just doing my job. Doing everything that it takes in my job to help the team win.”

Versatility At The Tight End Position

So thankful to the @Buccaneers for this life changing call. I can already tell that the Bucs have the best fans in football. Thanks for the warm welcome! Lets get to work! #GoBucs
(Shoutout to my niece for stealing the show 😂) pic.twitter.com/fxBmbDH5jB Tight end Cade Otton, the Bucs’ fourth-round selection, continued the recent Washington pipeline to Tampa Bay. His former teammates Joe Tryon-Shoyinka, Benning Potoa’e and Vita Vea are already Buccaneers, and Otton is looking forward to more battles on the line of scrimmage. While the versatile tight end isn’t sure what his role will be, he’s excited for the opportunity to compete.

“Yeah, we haven’t gotten into that much yet,” Otton said. “I’m just super excited for the opportunity to come and compete. Obviously, it’s an amazing situation – great program, great coaches, great players, and a really good tight end room. It’s such an honor just to be a part of that and I’m just really looking forward to the chance to just come in, work and prove myself.”

The Bucs feel like they selected two potential play-makers for the offense. What they will certainly get is a pair of high-character guys that are ready to work to help the team win anyway it can.

Cate seems like such a nice young man to root for.

Watching these videos never gets old. What a moment for players and their families. Unlike anything else in the world.

THANK YOU guys for the Twitter video references. It really puts a personal touch to this process, Rachaad and Cade sure seem like high character young men. Go Bucs !!

Last edited 1 month ago by BucFan circa76