What To Expect From New Bucs S Neal

Home » Articles » What To Expect From New Bucs S Neal 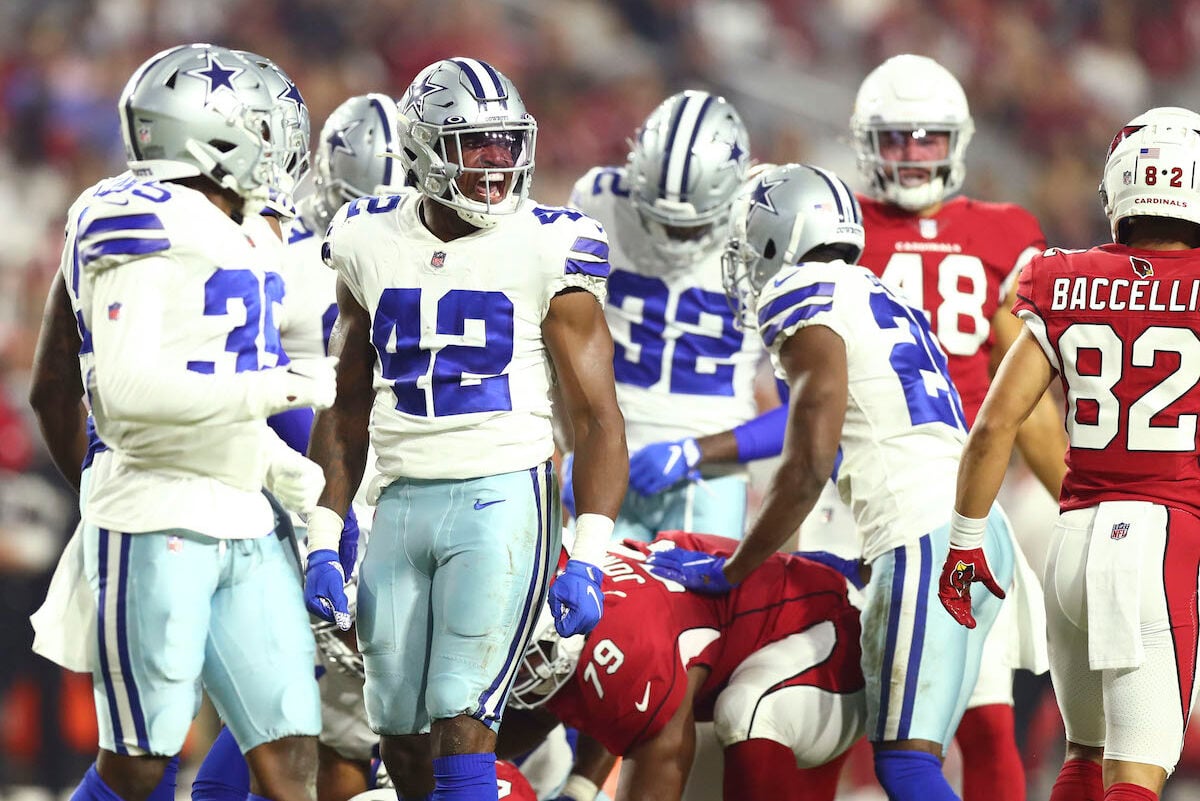 What To Expect From New Bucs S Neal

Home » Articles » What To Expect From New Bucs S Neal

Free agency has slowed down, but the Bucs have continued to work the fringes for good talent on cheap contracts. The latest example is safety Keanu Neal, who will compete to replace Jordan Whitehead in Tampa Bay.

Neal’s career has been a bit of a roller coaster, but through no fault of his own. A series of unfortunate events have taken the safety off of the All-Pro track he was on early in his career. But not so far off track that Neal can’t find his way again.

A first-round pick in 2016, Neal erupted onto the scene with an excellent rookie campaign in Atlanta. In 2017, Neal earned Pro Bowl recognition, at times getting compared to players like Kam Chancellor and other greats. But then, disaster struck. Neal tore his ACL in the season opener in 2018, then ruptured his Achilles in Week 3 of the 2019 season. Just like that, a rising star missed basically all of his age 23 and 24 seasons due to injury.

When we signed Keanu Neal this play is the first thing that came to my head pic.twitter.com/731mKsv0S1

But Neal returned in 2020, at that point nearly a forgotten man. Quietly, the former Florida star played well for the Falcons, getting better as the season went on. In Weeks 15 and 17, Neal was one of the few bright spots on a Falcons defense that was shredded by the Bucs’ offense. Despite a dreadful situation around him, Neal’s stock was on a slight rise entering 2021 free agency.

Posting this because I miss Keanu Neal. 😔 Get better soon @Keanu_Neal pic.twitter.com/ZDdTowjHpw

So when his former head coach Dan Quinn nabbed him to come play in Dallas, it seemed Neal had a real shot back to stardom. Instead, the Cowboys asked him to move to linebacker on his one-year, $5 million contract. That experiment was a complete disaster, with Neal struggling mightily at his new position.

Now, Neal is ready to turn over a new leaf. Entering free agency, he made it clear that he was switching back to safety. You know, the position he actually plays – and isn’t grossly undersized or inexperienced at. Here’s the outlook for Neal moving forward.

The Concerns With Neal

Despite being just 26 years old, Neal’s body has been through a lot. It’s possible that his decline will come quicker due to suffering two significant injuries early in his career. On top of missing two seasons in a row, Neal was forced to spend last season out of position. So he really hasn’t played much safety since 2017, other than the 2020 season in Atlanta. His athleticism is a major question mark moving forward. Even at the peak of his powers, Neal was never an elite athlete. Yes, his short area explosiveness has always been noteworthy. But he isn’t like Derwin James and a few other big safeties in his man coverage matchup ability. Can Neal still at least be a tight end eraser? Will he be an option in the slot, even against specific matchups? I have my doubts there. Training camp will be telling to see how Neal handles one-on-one assignments.

While Neal’s addition can be helpful, it’s doubtful he’ll be a full-time starter for the Bucs this season. Neal will likely split time with Mike Edwards, who is a better deep safety. And while Neal is a playmaker in other ways, his ball skills have never stood out. He has just two career interceptions and 16 pass breakups. Since 2017, the numbers are one interception and two pass deflections. A big reason for Neal’s lack of a market in free agency is his lack of splash plays in coverage.

One of Neal’s big strengths in his career has been tackling. Last year he fell off dramatically in that area, missing nearly 17 percent of his tackles, per PFF. That was a career-worst mark. How much of that was related to trying to make stops while working through blockers as a linebacker? A lot, in my opinion. But it’s worth noting given the instability of Neal’s career so far.

Neal has always been known for a few things in his career, including toughness, leadership and physicality. Few players hit as hard as Neal in his prime, and he was getting back to that in 2020. In fact, over the second half of the season, Neal was playing fast and processing like early in his career again. He’s incredibly fast to key and react on concepts in front of him, especially against the run.

Keanu Neal fitting up on Leonard Fournette and stonewalling him for just a 1 yard gain. Watch him bring his hips through on contact. pic.twitter.com/pBeDCpXeni

Over his career, Neal has been an excellent safety when working top-down on the ball. He’s kept his missed tackle count low, made plenty of big hits and taken strong, assignment-sound angles to the ball. There is no question he’s a better player moving forward than he is backward. That makes Tampa Bay’s strong safety position a good spot for him. Head coach Todd Bowles’ defense runs single-high coverage shells at a steady clip. Neal will get to play a healthy percentage of reps doing what he does best in underneath zones and in the box.

Keanu Neal made a heck of a play on this screen to Fournette that ended a very promising first Bucs drive, but gotta love Brady putting his body on the line at 43 years old for the squad haha pic.twitter.com/LvOth8mKA8

A few other encouraging things about Neal. In all his tape at safety, we’ve never really seen him play poorly for an extended period of time. His low points at safety have been pretty isolated to specific reps. The floor has been pretty high for Neal, who has good instinctive feel for the game. His vocal leadership and experience in a variety of roles should be a welcome addition to the Bucs secondary. And he’s been an experienced, solid special teamer in his career too.

In a pinch, Neal could probably play a dime ‘backer role too. The Bucs rarely take Lavonte David or Devin White off the field, so this role may not matter much. But in two-minute situations or while protecting a big lead against certain personnel groupings, Neal could come in handy. And he’s been very available over the past two seasons, with no serious injuries to speak of.

He also excelled as a blitzer in Atlanta during the 2020 season, pass rushing 33 times with nine pressures and a sack, per PFF. The 26-year old also targets the football, with eight forced fumbles in his career, all in his first two seasons. You can bet Bowles will find a way to deploy those traits in his defense this season.

For the cost of a veteran salary benefit contract (just over $1 million), this is a no-brainer move for the Bucs. At worst, Neal is a good No. 4 safety, locker room leader and special teams standout. At best, Neal is able to shoulder a bigger load as the team’s strong safety in 2022, filling a big chunk of Whitehead’s role.

Nice pickup. Looking forward to seeing how he looks in camp..

Agree, Mathieu was probably never an option. They need someone to sub for David or White on third down because neither can cover TEs.

I for one like the pick-up. Put him in a defense he can excel at and he could blossom again. Apparently 205 pound LB’s aren’t in vogue in Dallas.