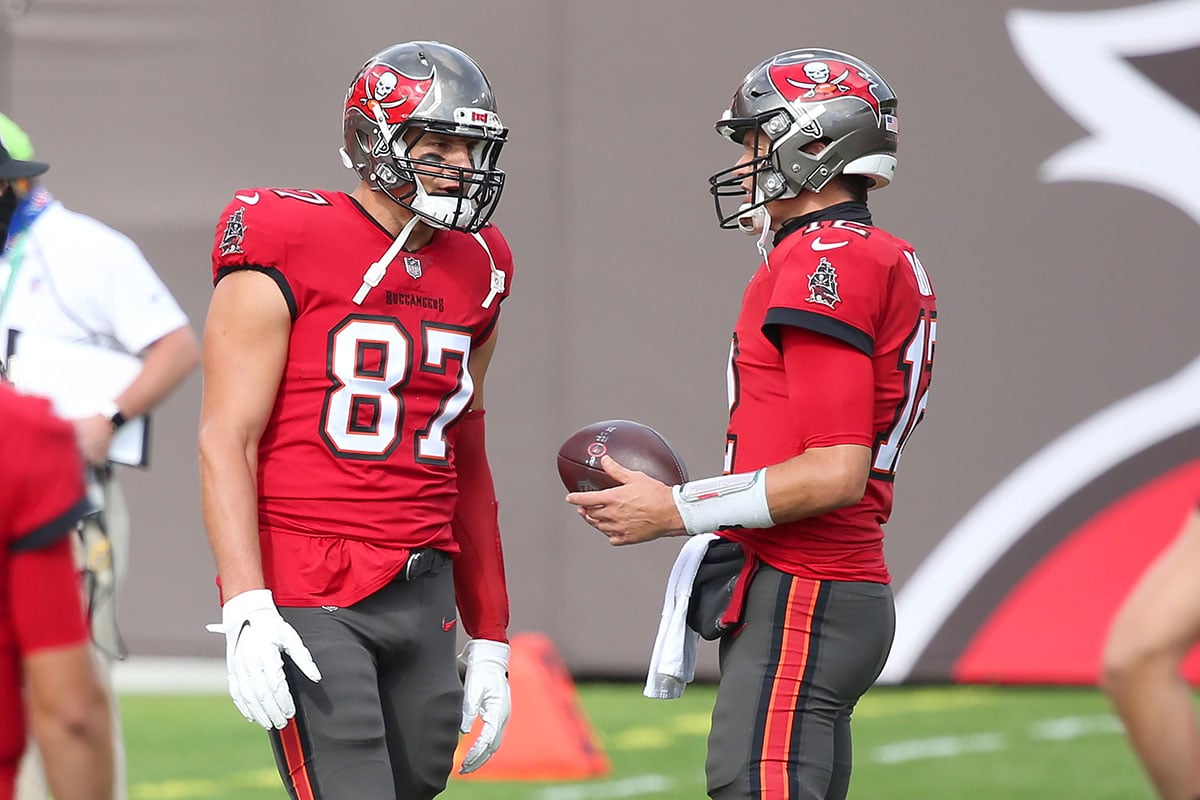 There’s been a running list of significant headlines surrounding the Bucs all offseason, and plenty of them have to do with the “will he/won’t he” regarding future Hall of Fame tight end Rob Gronkowski. Is he coming back to Tampa Bay for another ride with longtime teammate Tom Brady? Or is he, unlike Brady, ready to hang up the cleats for good?

Gronkowski, who retired once before, is still mulling his future. At 33 years old, he has been enjoying his offseason. There remains hope that he’ll return to Tampa Bay for a third season, but up to this point, there’s been little in the way of updates on when that decision will come. It seems likely that, if he does return, he’ll sign shortly before training camp gets going in late July. But for now, it’s “status quo,” as head coach Todd Bowles said Thursday.

If anyone would have an update about which way Gronkowski is leaning, it would be Brady. The two have been teammates – and close friends – for more than a decade. The two recently played some baseball together at the New York Yankees’ facility next door to Raymond James Stadium. But if Brady did have any indication from Gronkowski about his future, he didn’t divulge anything following Thursday’s mini camp practice.

“I think it’s obviously totally up to him. We’d all love to play with him, but he’s got to make the best decision for himself. And he knows that,” Brady said. “Anyone who cares about him knows that he’s doing what’s right for him, which is trying to figure it out. We don’t have training camp for about six weeks, so whatever he’s got to do to figure it out … I think we’ll be hopeful if he does [return], and if he doesn’t, then we’ve still got to go out there and figure out what to do.”

What Will The Bucs Do If Gronkowski Doesn’t Return In 2022?

Tampa Bay has been somewhat handcuffed by Gronkowski’s looming decision this offseason. General manager Jason Licht didn’t re-sign O.J. Howard, then he waited until the fourth round of the 2022 Draft to address the position, selecting Washington’s Cade Otton. In a way, Licht and his staff are doing the same thing they did for Brady when he retired earlier this spring. They’re leaving the light on for Gronkowski. And while the likeliest outcome does still seem to be one more year of the Brady-Gronk duo, the Bucs are short on experienced options if things don’t work out in their favor. 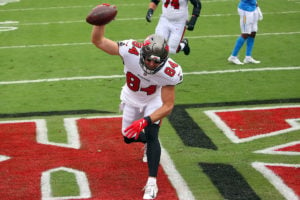 Without Gronkowski, Cameron Brate is the only veteran tight end on the roster. Tampa Bay’s other tight ends are all inexperienced. Codey McElroy has seen very limited action, while Otton, sixth-round pick Ko Kieft and undrafted free agents Ben Beise and JJ Howland haven’t put the pads on at the NFL level. If Gronkowski doesn’t return for one final year, can Tampa Bay afford to roll with Brate and that much youth at the position?

It’s been a successful two years in Tampa for Gronkowski. In 28 games, he’s posted 100 catches for 1,425 yards and 13 touchdowns. He’s also totaled 17 catches for 226 yards and three touchdowns in six playoff games. He caught two touchdowns in the Bucs’ Super Bowl LV win over the Chiefs two seasons ago. With Brady back, it’s been an assumption that the big tight end will run it back one more time with his buddy. The waiting game continues, at least for now.

Brady and Gronk one more year then they both retire. end up in the same hall of fame class so their busts sit in the same group. its fitting.

or another option is gronk does not want to be a Brady sidekick and he wants sole recognition. in that case he would have to retire now. who knows

So far, we’ve handles the Gronk uncertainty more or less the way I expected us to. I didn’t particularly care for Otton as a prospect, but we drafted a blocking specialist and a guy we clearly hope can contribute in both phases of our offensive attack. If Gronk doesn’t come back, I think the move is clear – there is a bevy of veteran options on the free agent market who could serve as one year fill-ins to take some snaps as receivers so Brate doesn’t carry that workload alone. Nobody amazing, but plenty of options who could get the… Read more »

How many more “Gronk Coming or Going?” stories, conjectures,questions, comments, predictions, rumors, speculations, reading between the lines and connecting the dots mystery solving are we going to endure for the next six weeks until Training Camp? If Gronk chooses to keep the off-season party going until he takes advantage of his charisma and lands a completely different gig; some will still want to turn it into something more sinister. Maybe he is upset by Licht drafting a TE the same way Aaron Rodgers pouted when the Packers selected a QB or maybe the “cheap” Glazer “babies” won’t pay enough. If… Read more »