Bucs Camp Recap 8-24: A Slow Start But Fast Finish On The Last Day Of Camp 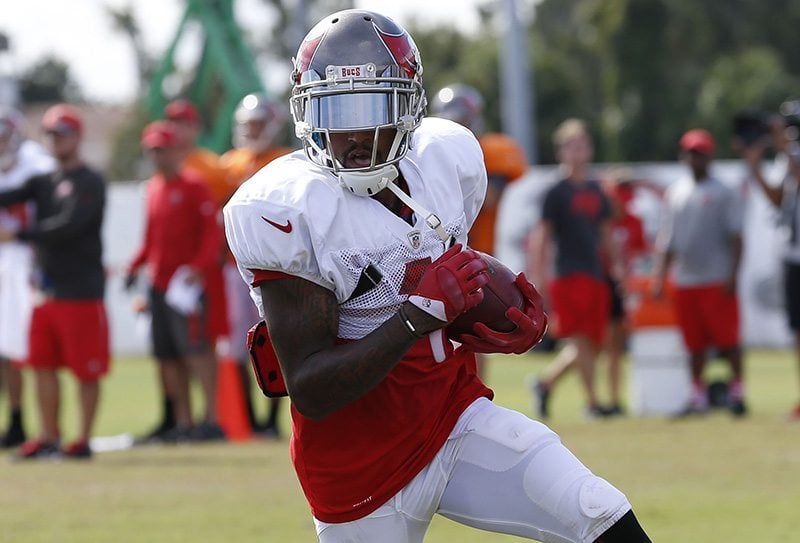 Bucs Camp Recap 8-24: A Slow Start But Fast Finish On The Last Day Of Camp

It was a long offseason getting to training camp, and because of that it’s hard to believe it’s behind us now. On the final day of open training camp, the Bucs started slow, but ended fast. Mike Evans and Kwon Alexander were held out today, but that gave some of the younger guys a chance to play at a spot they might claim for themselves one day.

The play above was just one example of him standing out. Beckwith seems to be gelling with the first team, and we think that a big reason for that can be attributed to having the likes of Lavonte David and Alexander to fill the other spots around him. That experience and talent has forced Beckwith to elevate his play early, and it’s showing.

Chris Godwin has also benefited from his recent starting promotion (due t0 Evans sitting out). He was our camp MVP yesterday, but today he got to experience some lumps – which can also be spun in a good way. He had one or two drops, and didn’t look as strong at the catch point as we were used to seeing him.

Getting these kinds of days out of the way can also serve as a learning tools, however. Godwin will likely get his chance to start in the team’s preseason game against the Browns on Saturday. We’ll see how he bounces back.

On the skinny goal posts, Folk went 4-for-5 (the only miss would've been good on a normal FG), & the final kick was good from about 55.

Nick Folk has been nearly perfect since the game against Jacksonville last Saturday. He made 9-of-10 field goals this week, all of which were kicked on the skinny goal posts.

Play of the Day

The timing and chemistry on this throw from Winston to Jackson is incredible. pic.twitter.com/u79y1baIwX

It was a sluggish day for the most part, on both sides of the ball. There were all kinds of tipped passes, fumbled balls and drops. However, we wouldn’t put any of that on quarterback Jameis Winston, who has been pretty darn good over the last few days.

The highlight of today came from Winston, and it was on a route to wide receiver, DeSean Jackson. It was reported that Winston and Jackson were working out together during the summer and that kind of chemistry shows on throws like the one above. Winston threw that ball before Jackson even broke on his route, and for it to arrive at the perfect time like that takes great anticipation.

Click to the next page to read all of our little notes from the smaller details of practice.

That timing was so sexy!

When he let the ball go I thought for sure it was incomplete.

No, thank you Trevor, you’re my MVP; your reporting has been fantastic!

He has been an amazing addition to this site.

That pass to double-move-Jackson, causes me to shake my head in disbelief.

So so precise and so undefendable.

“Horse” above also expresses my feelings.

Trev, Who’s doing the long snapping? I saw where we signed someone back, is that making a difference?