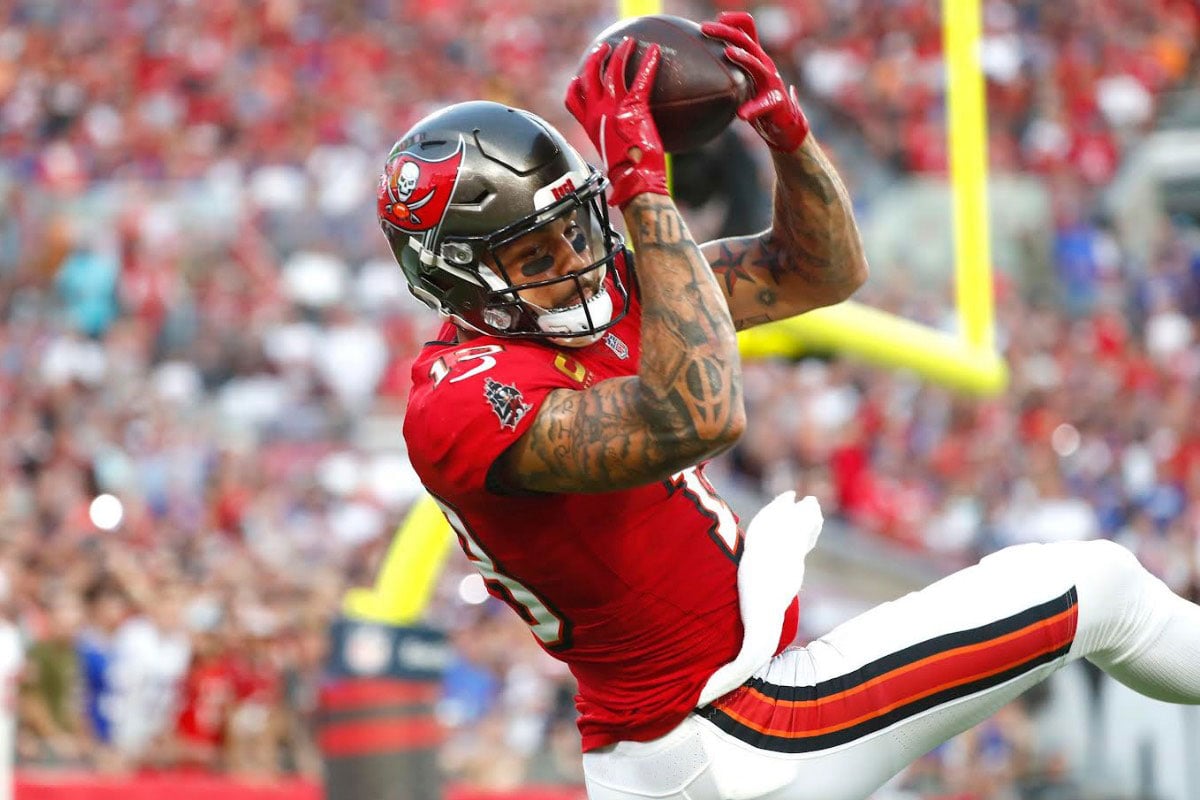 Mike Evans is one of the best receivers in the league and the greatest offensive Bucs player in team history. That’s not up for debate.

There are many attributes that have gotten Evans to an elite level status. But is there one thing in particular that separates him from the rest?

Cornerback Carlton Davis III goes up against the best of the best for the Bucs defense. That includes playing one-on-one against Evans in practice, which he did on Wednesday. The physical traits are one aspect, but it’s the nature of continuous effort in Evans game that will make him a future Hall of Famer.

“What people don’t understand about Mike is he’s a hell of a competitor,” Davis said. “I don’t even think people understand there’s days where it’s like day six of camp, he’s going hard, my legs hurt, I’m like barely getting out of my petal and he’s full speed, full go and he’s on a different timing than everybody else. He wants it more. You can just tell that he wants it more. “He has the physical abilities, he can do it all, but his mental and how he approaches the game is just so much different and just underrated. I don’t think a lot of people understand that he’s a monster to go up against every day because he doesn’t like to lose. And when he loses, he gets really mad, and you don’t want to see Mike mad – he’s a beast.”

Going into his ninth year, Evans is still at the top of his game. He’s accumulated 606 receptions for 9,301 yards, 75 touchdowns along with a Super Bowl ring. Evans holds the franchise record for receiving yards, touchdowns and receptions. Not to mention that he holds the record for most consecutive 1,000-yard seasons to begin a career (eight).

“I’ve been blessed, but I’ve always believed in my abilities,” Evans said. “Every year I’m going to come in super confident. If I’m feeling good, like I said, I feel like I’m the best. I’m just trying to improve each year and just happy to be here.”

Evans said that keeping his body in shape and ready to go is main component to his success.

“Each year I figure stuff out, things I need to work on and need to do to make sure I’m feeling my best,” Evans said. “I do the same workouts, I just workout more now than I did in the past. That’s why I was so heavy, and I watch what I eat now. That’s been helpful for the last 3-4 years. Every year I just try to find ways to keep my body in tip top shape. When I’m feeling good, I feel like the best.

And if he ever gets complacent, he just looks at the new receivers looking to make the team as inspiration to keep going.

“All these young guys that come in, they give me extra motivation because they give so much juice and just want to play,” Evans said. They have a dream and they want to make it. Just watching them work inspires me. They’ve been doing great, I hope I can help them along the way.”

Mike has been my favorite player since he got drafted in 2014. He’s for sure one of the beat WR’s in the NFL he has things you can’t teach likeness size and speed for that size. Sure he doesn’t have 4.3 speed but he runs past guys all the time and get those long balls consistently. The national media will never give him his due but that’s OK, the national media misses on so many things anyways.