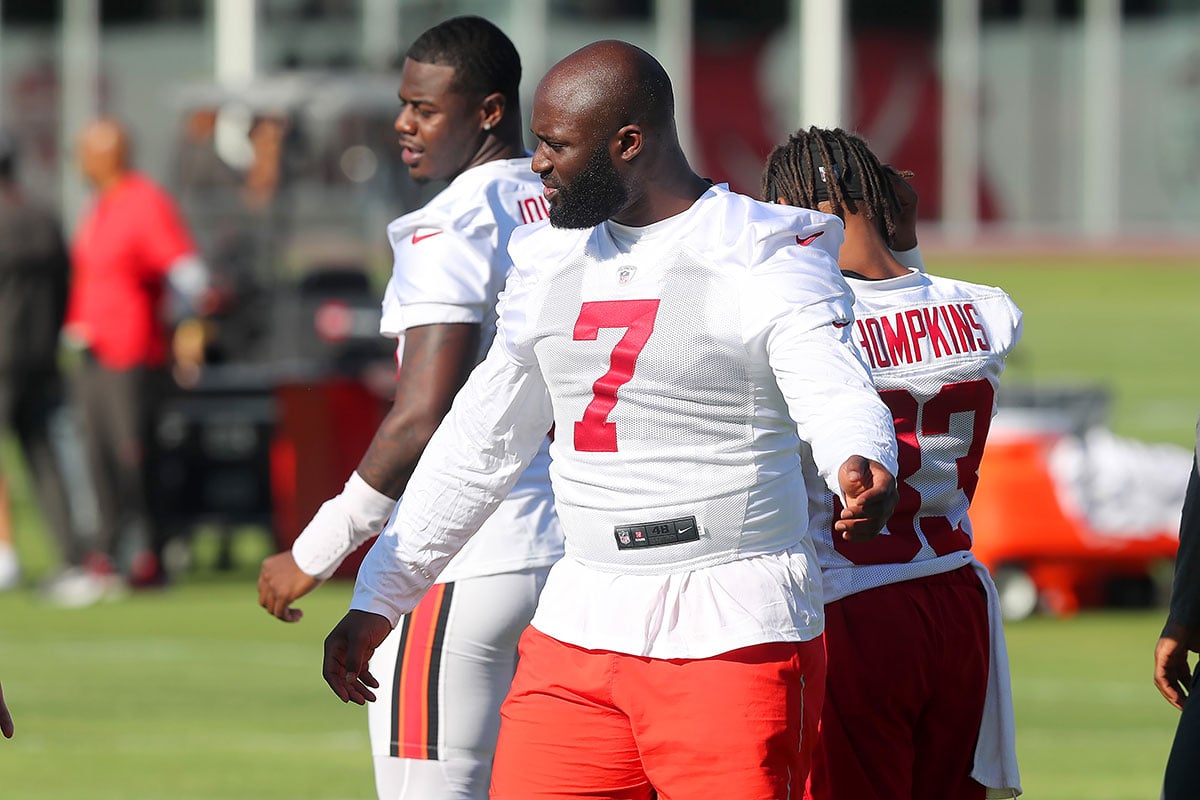 Entering his third year with the Bucs, Leonard Fournette has never had better job security with the team than he does right now.

Since he signed with the Bucs in 2020, Fournette first had to wait all the way until the postseason for his moment. That led to a historic playoff and Super Bowl run. The next year, he was still in competition for a starter’s role with Ronald Jones II during the preseason, but he won that battle and didn’t have an issue again.

But this year, Fournette finally got the comfort he’s been looking for. He received a three-year deal in March worth up to $24 million. With that contract, there would be no doubt regarding his status as the starting running back. Everyone else is behind him.

“I mean, it felt great. Definitely, you’re betting on yourself,” Fournette said on Tuesday about getting that deal. “My first year was tough for me, being behind RoJo and things like that. I had to come out and compete each and every day at practice. My number was called and I made the best of it. The following year, just came in just competing despite that I knew that I was probably going to share carries again with him, but just come out competing trying to be number one.”

After getting a multi-year deal to cement his spot atop the depth chart, Fournette then saw the Bucs draft Arizona State running back Rachaad White in the third round of the 2022 NFL Draft.

White isn’t a threat to Fournette just yet, but he’ll be nipping at Fournette’s heels for more playing time. White has shown flashes of stardom already, and he’s made it clear a month ago that he wants to be the starter on this team.

“My expectation, my goal is I’m going in there and competing,” White said on the Jim Rome show in May. “I want to be the starting running back.

“I know I got Lenny in front of me. I’m gonna soak up a lot of knowledge from Lenny in that running back room [and] Giovani Bernard. That’s just the type of guy I am. But I’m always a competitor first.”

After the Bucs opened mandatory mini camp Tuesday morning, Fournette responded to White’s comments, and took it in stride. He actually commended his new teammate for his thought process, saying he was the exact same way when he entered the league.

“Yeah, I talked to him,” Fournette said. “I’ve seen people making a big deal [that] he said he’s coming to start. That has to be your mindset. That was my mindset when I first came in. I respect it. He’s a great guy, I met him probably a couple of weeks ago. Just talking to him, he wants to know how to be the best, what tips can I give him. So, I’m working with him.”

In a Bucs offense that averaged 30.1 points per game last year, both running backs will get to flourish this season.

I have a feeling that White is going to make his mark. Very confident for a rookie but if he can back it up and provide what RoJo was supposed to provide to the offense that would be very good.

Agreed about White, and I think having a truly capable understudy will push Fournette to be at his best. “Back up what you teachin me Ol man” :) I think the running backs will be a big part of the seasons success.

Last edited 26 days ago by Sactobuc