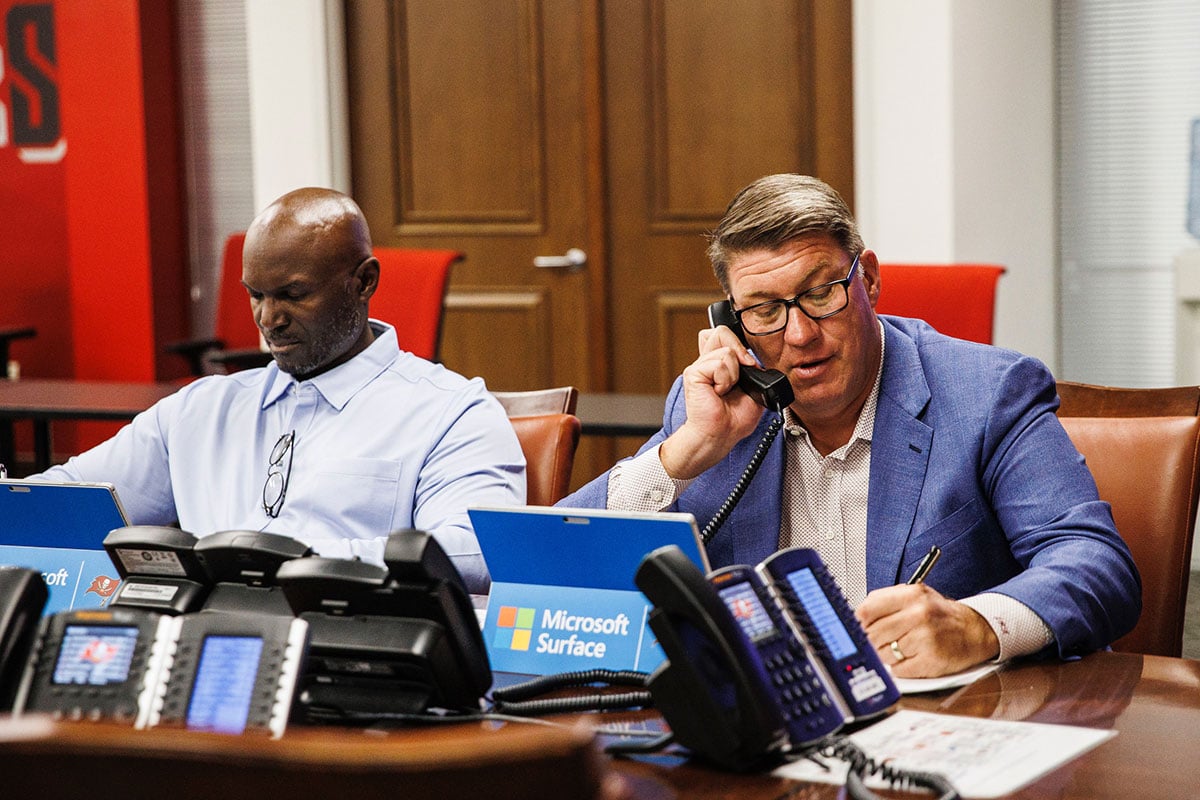 After making four trades in the 2022 NFL Draft, Bucs GM Jason Licht showed he isn’t afraid to move up and down a draft board if he sees a deal he likes. Pewter Report gave analysis on Licht’s big trade on the first night of the draft, where he picked up a ton of draft capital. But how did the team fare for the entire weekend in terms of surplus value? And looking at it even further, how much surplus value has Licht picked up or given away in his tenure in Tampa Bay? Let’s take a look.

A note before we go further: This analysis will look at only trades featuring just draft picks. Any trades involving picks and players have been omitted.

As we covered earlier, per the Fitzgerald-Spielberger draft chart, Licht picked up 903 points in the Bucs’ trade down from No. 27 to No. 33. However, the Bucs made three additional trades as the rest of the weekend unfolded. All three of these trades were trade-ups, which teams usually have to pay a premium for in terms of value. Did Licht and the Bucs do that? And if so, how much value was there?

Trading Up In The Second Round

The second trade Jason Licht made during the 2022 NFL Draft occurred on Friday when he took one of his newly acquired picks (No. 180) and packaged it with pick No. 60 to trade up three spots in the second round to pick at No. 57. With that selection, the Bucs drafted Central Michigan offensive lineman Luke Goedeke. Per the FS trade chart, the Bucs gave up 342 points in surplus value, which is the equivalent of a sixth-round pick. This left the team with 561 net points of surplus value for the weekend.

Returning To The Jaguars’ Well The Bucs’ first trade on the third day of the draft saw them work with Jacksonville yet again. Giving up a fourth-round pick in 2023, Licht was able to get picks No. 157 and 235 in 2022. They used the higher of the two picks to select Sam Houston State cornerback Zyon McCollum. What is very interesting about this trade is that Licht actually picked up surplus value.

Now, this assertation requires an explanation of methodology. When it comes to future draft picks, no one knows exactly where in the round that pick will fall. And the difference in value between, say, the first and the last pick of a round is considerable.

Therefore, every team and analyst has to determine a valuation method for future picks. My method is to assume a future draft pick will fall into the middle of the round (the No. 16 pick of the round).

Meanwhile, the total points accumulated from the two picks he received was 671 points. That was good for 240 points of surplus value. Running total of draft value accumulated: 801 points

Finishing up his trade-a-thon, Licht packaged pick No. 235, which he acquired in the previous trade, with selection No. 261 to trade up to No. 218 for Minnesota tight end Ko Kieft. Did Licht pick up or give up value? He gave up some, but not much.

A total of 142 points in surplus value left Licht’s coffers in the deal. This brought Licht’s total weekend surplus value tally to 659 points in his favor. That is the equivalent of overall pick No. 101. With Cade Otton being selected in that slot, one way for Bucs fans to look at it is that Otton was basically a free bonus pick after all of the trades netted out. 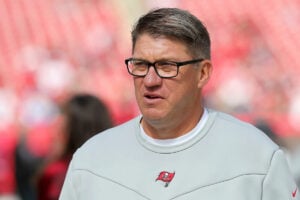 Including the four trades this year, Licht and the Bucs have made 17 trades involving just draft picks since 2014. The net result of all of those moves is 1,658 points of surplus value to Licht’s favor. That total is the equivalent of the No. 15 pick in a current draft.

Licht isn’t always about picking up value and he isn’t afraid to pay a premium to move up to get a player he likes. The difference between his trade-backs and his trade-ups, though, is a disciplined approach to the cost-value proposition. Bucs vice president of football administration Mike Greenberg helps determine the value, too. In all of Licht’s trade-ups, he has never given up more than 342 points in surplus value. This is the equivalent of a mid-sixth-round pick.

There is one exception to this pattern, though. And that exception is one that still stings for Bucs fans. In 2016, Licht traded down from No. 9 overall to No. 11, picking up 535 surplus points in the form of pick No. 106 in that draft. The next trade Licht made gave away almost all of that surplus, as it cost that No. 106 pick and pick No. 74 to move up to No. 59 to select… kicker Roberto Aguayo.

Since then, however, it would seem Licht and his team have learned from that mistake and continue to trade down for big value and trade up for small-value losses. Over time, that is a winning strategy that has been paying off for the Bucs on the field.

Awesome analysis, Joshua. Perhaps an article can be written about draft trades which also included players. Like this year’s 5th and Shaq Mason. Thanks.

trade value is good, still the player selected makes the value of the pick… the 2018 trade down looks good in trade value but ask anyone if they would like to trade Josh Allen’s pick for Vita Vea, Carlton Davis and MJ Stewart? the win is for the Bills!
you gain a 4th rd pick this year but lose one next year too!

SenileSenior
Reply to  The Freeman

That is an interesting observation.
On second thought my questions are these. Is the implication that we lost the oportunity to have Josh Allen rather than Jameis Winston? Or is it that Josh Allen, now seen to be a true franchise QB, worth as much as the combined values Vea, Davis and Stewart have been for us?

The 2016 draft was horrendous, just putrid, culminating in the dismisal of the first round pick Hargreaves who should never have been picked at all. What a bust. Him running out into the endzone in his shorts and flip flops in last years SB just displayed that he still hasn’t grown up. Even though he wasn’t playing he could have dressed a little better for the SB. For gawds sake your team is playing in the most watched televised event of the season and you are dressed up like your chopping it up on some homies front porch. What a… Read more »

Making trades to gain “trade value” from one pick to another is great and all… but if you select the wrong player with your positive trade value, what difference does it make?