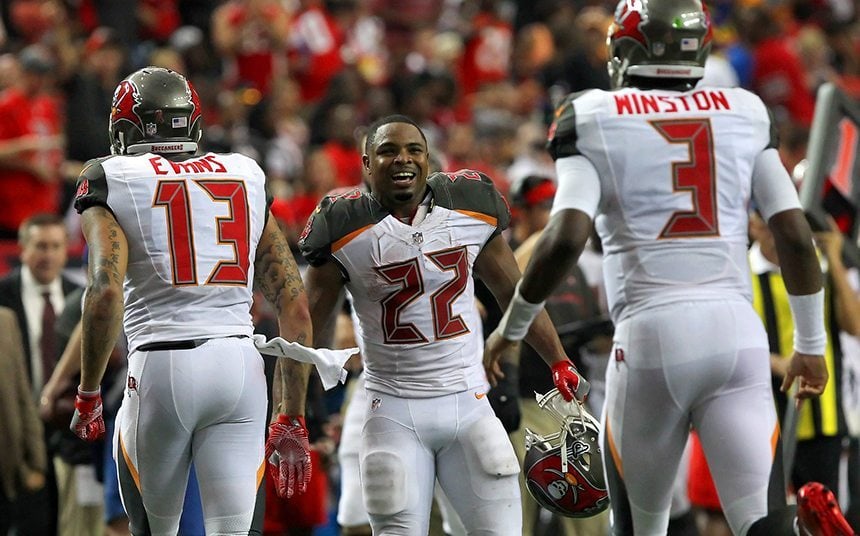 Over the past few months, we’ve seen the Tampa Bay Buccaneers add a plethora of offensive talent to their roster. With each addition, we’ve broken down what these certain players could mean in terms of offensive success, and ultimately, wins in 2017.

But, there’s another game that these players will be a part of each Sunday – inadvertently – and that is the game of fantasy football. With all kinds of offensive weapons on the Bucs’ depth chart, the question now is which players should fantasy football maniacs target from this stacked roster?

PewterReport.com’s, Trevor Sikkema, is not only a Buccaneers beat reporter here for the site, but he’s also a big fantasy football guy himself. Earlier this week, Sikkema went on The Fantasy Fullback Dive show with Nat “The Truth” Jones and Nick “The Wolf” Traicoff of Roto Street Journal.

The Wolf and Truth return with another information-packed Team Preview, this time featuring a potential rising juggernaut in the Tampa Bay Buccaneers. Insider Trevor Sikkema of the Pewter Report drops in for one of our most in-depth interviews yet, loaded with fantasy nuggets no one else has. How is this offense evolving with all the new weapons, and what does it mean for Jameis Winston in year three? What creative ways is DeSean Jackson being used that no one else knows about?  Is the Doug Martin hype worth it, and how will this backfield look during his early season absence? Will Mike Evans still be a bonafide WR1 with so many new mouths to feed? And what Bucs sleeper absolutely needs to be on your radar? Find all this and much more out now!

Listen to the episode below and subscribe to their show on iTunes for more fantasy insider info.

NFL.com just came out with their coach rankings; Dirk Koetter is #22. Are they out of their f***ing minds?

That’s way too low for Koetter. Oh well maybe if we make playoffs this year he will get some more love.

I am more astounded that they have John Fox and Jay Gruden ahead of Koetter.