Two Bucs Corners “On The Cusp” Of Elite Status? 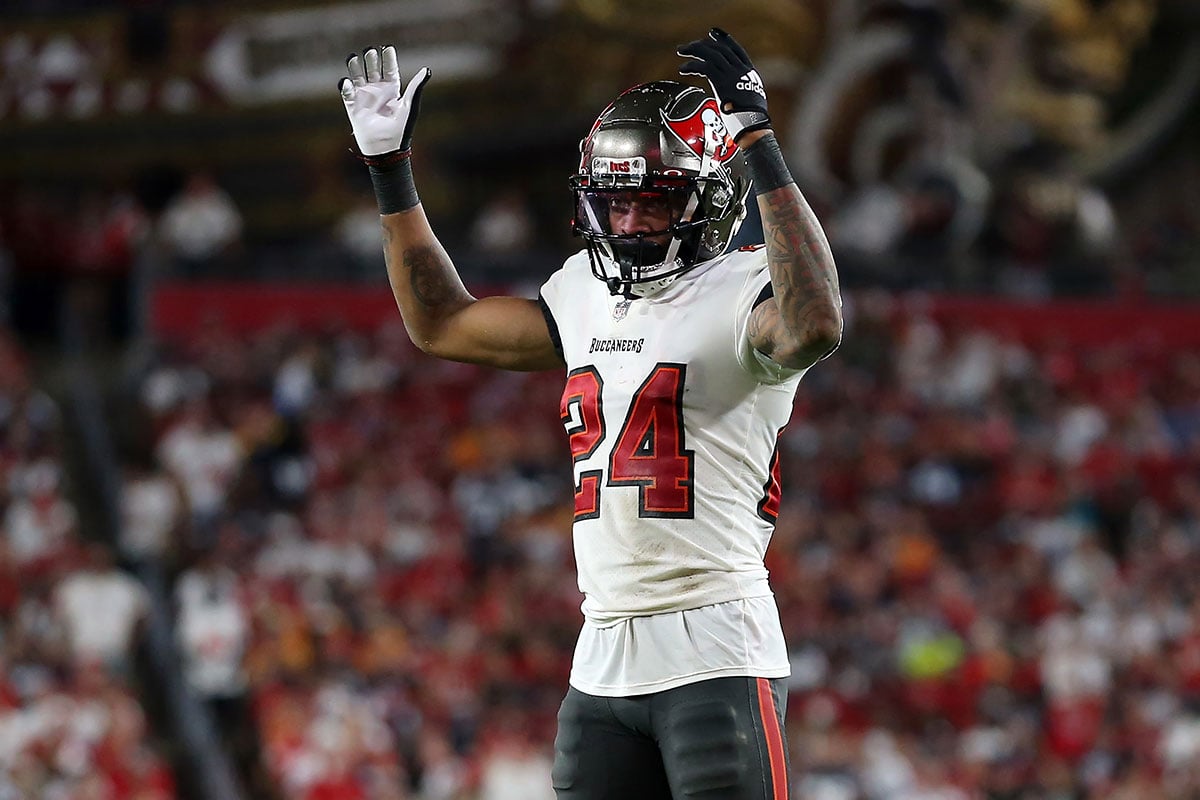 Two Bucs Corners “On The Cusp” Of Elite Status?

It’s well established that the Bucs are in a good spot with their starting outside cornerbacks heading into 2022. Carlton Davis III is back as the team’s No. 1 after re-signing on a three-year, $44.5 million deal, while a lot is expected of Jamel Dean as he enters a contract year.

Davis proved to be a true lockdown corner in 2021, earning that new contract with Tampa Bay. Dean recently spoke about using that situation as motivation this year. With the former wanting to cement his status as a top corner in the league and the latter looking to earn a big second contract, they have plenty of motivation heading into a new season. But they may have even more if they read through Pro Football Focus’ recent cornerback tier rankings.

It’s not that they were disrespected. It’s actually quite the opposite. Anthony Treash listed both Davis and Dean in his second tier, titled “On The Cusp Of Elite.”

It’s not out of the ordinary to see Davis in the “elite” conversation. He has developed into the star of the Bucs’ secondary, always drawing the toughest matchups and handling them well (both on the field and on Twitter). The one knock on the 2018 second-round pick is his lack of interceptions. Getting more takeaways would likely be what elevates him to elite status. But for now, he’s right on the edge simply due to his ability to break up passes.

“Davis’ size and physicality allow him to be a pass-breakup machine. No cornerback has forced more incompletions over the past three years of regular-season action than him (45),” Treash wrote. “Davis also leads the league in contested targets forced in that span (71) and has made more than double the number of plays on the ball as first downs or touchdowns allowed on such plays.”

Dean Knocking On The Door Of The ‘Elite’ Conversation? 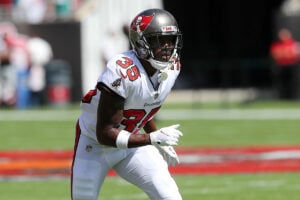 While Davis’ inclusion in the second tier is on par with his reputation, it’s a little more surprising to see Dean’s name up there. Treash ranks him as the No. 14 corner in the league. He’s played well over the last couple of years, of course, but largely stays under the radar. Maybe that’s not the case anymore.

“Dean is the shining star of the 2019 cornerback class. Despite being a fringe top-100 pick in that draft, the Auburn product leads the class in career outside coverage grade (87.8),” Treash wrote. “Dean has allowed just 0.75 yards per coverage snap on the outside in his career, trailing only Richard Sherman and Adoree’ Jackson for the best in the NFL.”

This type of recognition may very well fuel both Bucs corners this fall. Both will want to take that next step and reach the “Elite” tier by this time next year. Doing so would justify Davis’ contract and contribute toward his next one. For Dean, such a leap forward would mean big money next offseason, whether with the Bucs or elsewhere.

Dean needs to stay healthy this year and keep improving. Him and Davis both actually. Last year was insane with all the starting CB’s injured. SMB I just don’t have much hope he’s going to all the sudden get it this year. He’s horrible imo. Glad they picked up Logan Ryan and Bucs were tired of watching SMB either ride the pine hurt or stink it up if he actually played.

Last edited 20 days ago by fredster

Keeping a good team is always such a nightmare. You want good players to be Drafted but then when they prove elite, they are too expensive to keep. So you have to pick and chose and find replacements. Everyone can’t get paid on the same team unfortunately. In the end you can only focus on the next year and Davis and Dean being elite increases our chances for a ring. Dean getting paid after that becomes a side effect and it will be what it will be. It’s just so stressful worrying about how much people are gonna cost and… Read more »

Gee Spit, you must have a pretty carefree life if you’re “stressed and worrying” about the Bucs roster in 2023. Have you gotten gas lately? LOL!

Elite?!? Come on people! Do your homework and stop posting other people’s questionable stats. Corner has been a weakness exploited over and over again. Although a better pass rush has helped to cover this weakness.