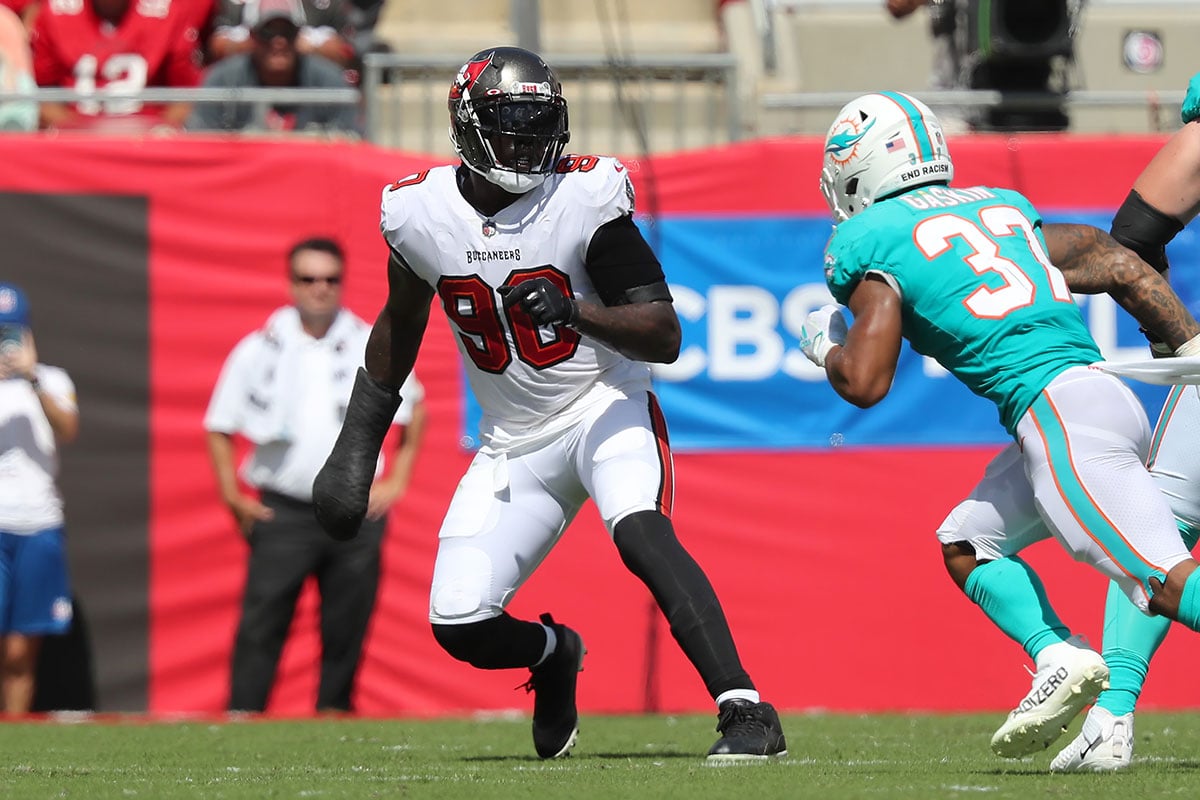 According to NFL Network’s Ian Rapoport, Bucs OLB Jason Pierre-Paul is expected to play on Sunday against the Bears. Pierre-Paul has been battling hand and finger injuries, failing to practice all week. But Pierre Paul has continued to play in games, including each of the past two contests, despite his injuries. He’s donned a club on his injured hand for much of that time.

#Bucs LB Jason Pierre-Paul (shoulder, hand) didn’t practice at all this week, but coach Bruce Arians said he still has a chance to play. Source added there is optimism that he goes.

Despite the effectiveness of rookie Joe Tryon-Shoyinka while Pierre-Paul was out of the lineup, the veteran has seized the vast majority of reps since returning. Pierre-Paul has played 76 and 79 percent of the defensive snaps even while playing at less than 100 percent. His tackling has suffered, with a handful of misses due to the wrap on his hand. Pierre-Paul has just half-a-sack in four games.

Pierre-Paul is currently recovering from a broken finger and a shoulder injury. He missed games against the Rams and Patriots, and has missed a lot of practice time. Tryon-Shoyinka might see a bigger role against the Bears than he has the past two weeks, given Pierre-Paul’s lack of improved health. The first rounder has two sacks this season.