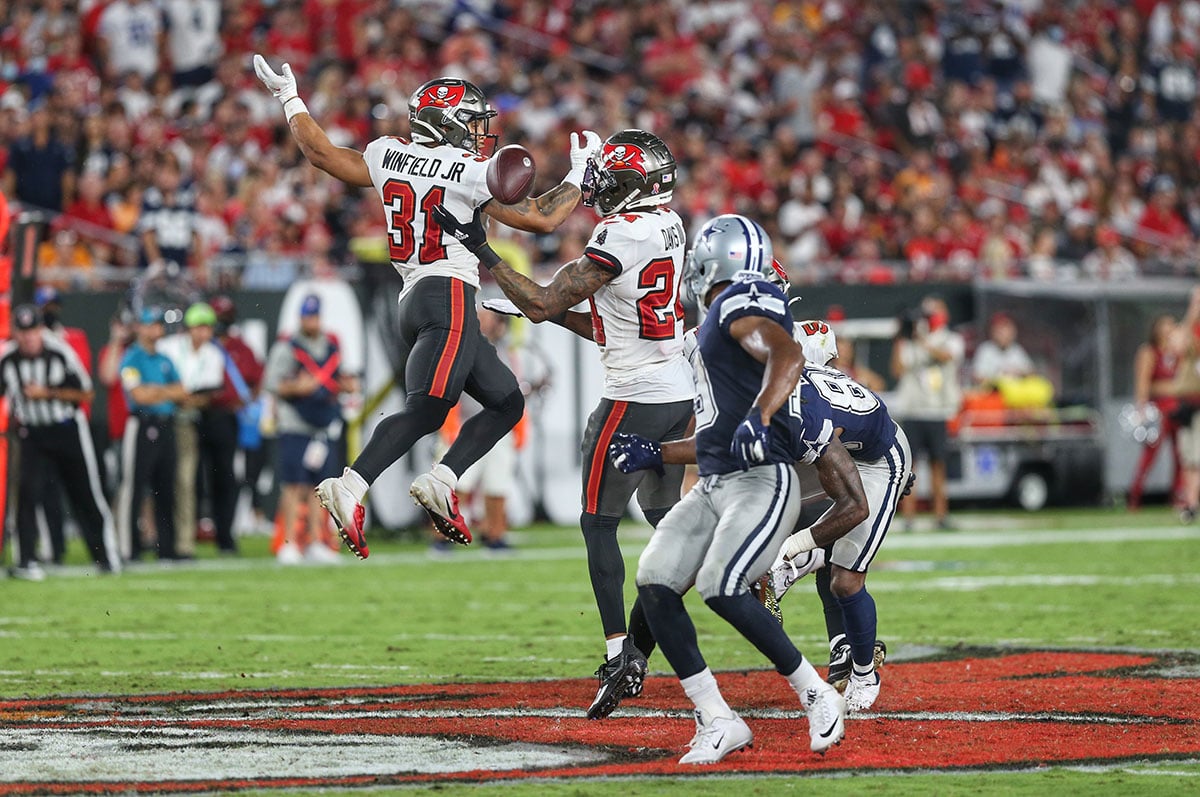 As the NFL schedule gets fully released on Thursday night, singular games are already being announced. That includes the Bucs season opener on Sunday, September 11, and home opener two weeks later on September 25.

NFL.com revealed all of the matchups for Week 1 of the NFL season and the Bucs will start their season in prime time. Tampa Bay starts on the road and take on the Dallas Cowboys on Sunday night football.

This is a rematch of the season opener from a year ago when the Bucs as defending Super Bowl champions hosted the game.

Tampa Bay then announced information for when their home opener will be. In a post across their social media platforms, their opening home game goes on in Week 3. The Bucs will play against the Green Bay Packers at 4:25 on September 25, which presumably should be America’s Game Of The Week.

It’ll be the first time that Tom Brady and Aaron Rodgers face each other since 2020. They went head to head twice that year and the Bucs won both games. One was early in the season in Tampa and the other was at the NFC Championship game in Green Bay.

Along with their Week 1 and Week 3 games, we also know two others on the schedule. The Bucs play at home against the Chiefs on Sunday night football in Week 4 and then have their international game in Germany against the Seahawks in Week 10. Although it’s a neutral field, it is considered a home game for the Bucs.

The rest of the Bucs schedule along with the entire league will be revealed at 8:00 PM. You can find it on ESPN and the NFL Network.

That’s one heck of a start to the nfl season. Dallas on the rod in week one, then in week 3 it’s GB then week 4 it’s the Chiefs. Sure will give us a clue what kind of team we have barring injuries. Let’s go!!!

Week two is 1pm at saints

We open the season with two road games…

That’s awesome! Let us play these potential playoff teams while we are at full health and strength early on in the season so we can have the tiebreakers later in the season. With the core of the Bucs offense and defense having continuity for the last two years, this should give them a leg up in these teams in these early season games where all three, Cowboys, Packers, and Chiefs, are all going to be adjusting to life without their #1 WR’s, amongst other losses.

Exactly! 100% agree. We’re feared more by those 3 teams, than we fear them. It’ll take time to adjust for Dak, Mahomes, and Rodgers. No doubt about it. I’ll be shocked if we don’t start out 3-1.

If things don’t go according to plan, the Bucs could be looking at 0-4 to start the year.

And what would that be? I’ll take my chances with our team, who’s fielding the same exact team for the 3rd straight season, over the Cowboys(who lost their #1 WR), the Packers(who lost their #1 and #2 WR’s), and the Chiefs(who lost their #1 WR). If there was ever a time those 3 teams wouldn’t want to see Brady and this offense, it’s in the first month of the season. We’ll start out 3-1 after those first 4 games

Last edited 10 days ago by butette

Gotta love the residents of Bucville who seem to enjoy pointing their noses in the air just to catch a whiff from the sewer so they can say the team stinks. Best record in the league at 13 dash 4, Division champions, GOAT at QB, defeated 3 of the first 4 opponents in the most recent contests. Yet, in spite of that, they still seek to wallow in the cesspool. I remember the days when virtually every team’s fans would circle that game against the Yucs as a sure victory. I don’t think any of those fans believe that is… Read more »